Support relief efforts for victims of massive flood in India 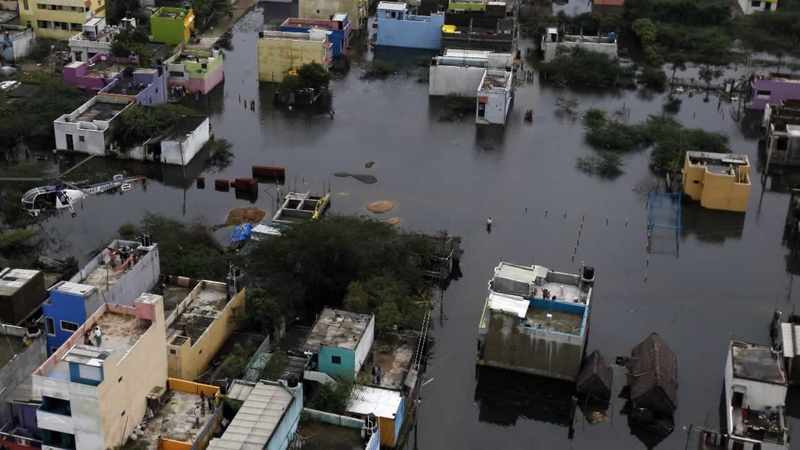 Support relief efforts for victims of massive flood in India

CHENNAI, India (KGO) -- India's fourth-largest city is underwater after the heaviest rain in a century. At least 270 people have been killed in and around Chennai.

The rain hit earlier this week but schools, homes and other buildings remain flooded over. Tens of thousands of people are affected but there is assistance headed their way.

The flooding has shut down Chennai's international airport and more than half the city is underwater.

It's the most rain the city has received in 105 years and people are suffering. Homes have been swept away and many families remain trapped on rooftops.

Life in the state's capital has come to a standstill.

For three days, those living in the U.S. had no idea what was happening back home in Chennai. Power was out and phone lines were down.

"There was a sense of helplessness, yes. You want to do so much more and knowing that there's no way to get that information was very traumatic," San Jose resident Sharat Ganesh said.

Ganesh's parents, grandparents, aunts and uncles all lives in Chennai. They're fine but the heavy rains haven't stopped.

"More rains are predicted so we are very concerned and worried because we want to make sure the relief is not impacted," he said.

That's why Ganesh started a GoFund Me page to support Chennai relief efforts. Nearly $25,000 has been donated.

The money will go to three different nonprofits on the ground.

ABC7 News spoke with Arthi Venkatesh by phone. She lives in Chennai and spoke about the first days of the disaster.

"The only thing we knew was that so many people on the road were stranded and they had no food, no money, nothing, And it was a very bad thing," she said.

Now at least some help will arrive as soon as next week.