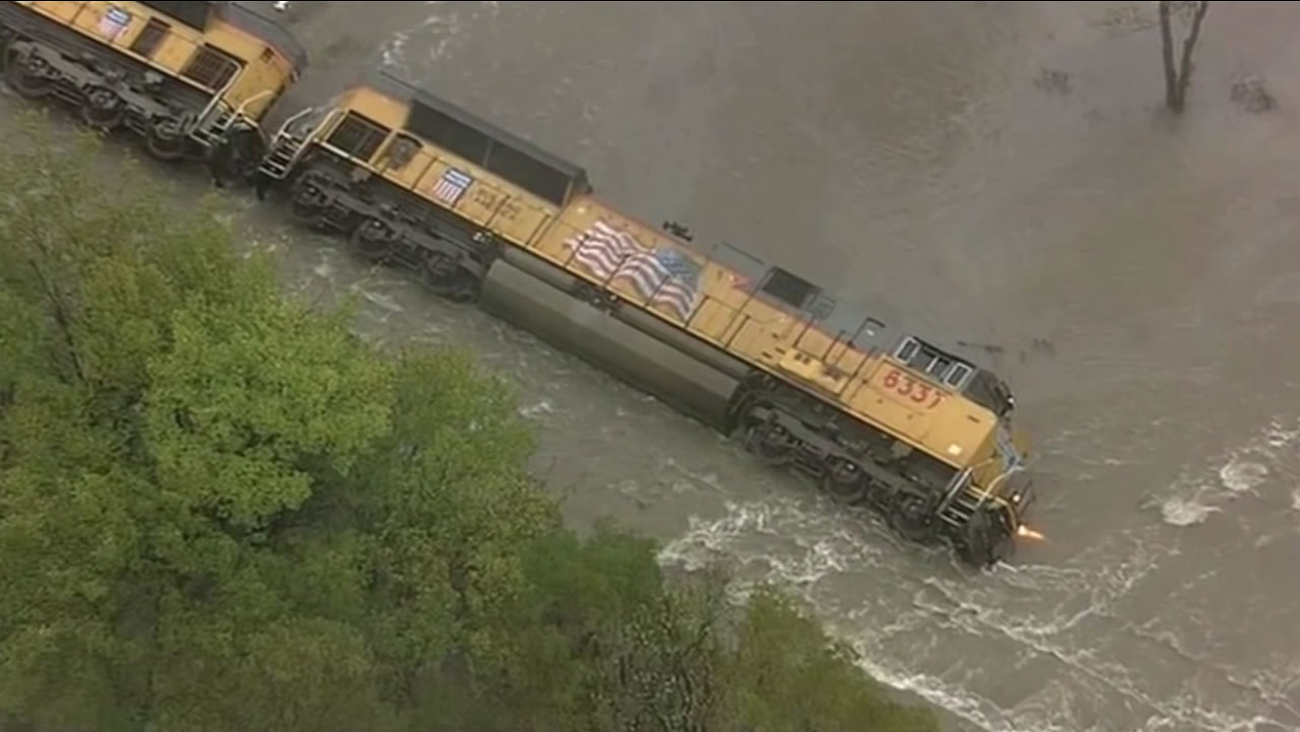 Heavy rain and floods from remnants of Hurricane Patricia caused a train to derail in Texas on Saturday, October 24, 2015. (KGO-TV)

HOUSTON (KGO) -- A Union Pacific freight train has derailed in flooded North Texas after the tracks washed away. Two crew members who were on board escaped by swimming to safety.

He says one locomotive and several rail cars hauling loose gravel went into the water and were partly submerged.

DeGraff says both crew members on board "swam to high ground" and were rescued by emergency responders. Nobody was hurt.

DeGraff says the 64-car train was traveling from Midlothian to Houston. He had no immediate details on how many cars went off the tracks since the flooded area was not accessible to cleanup crews.

Corsicana is 60 miles south of Dallas.

PHOTOS: Storm damage in Houston as Hurricane Patricia moves through 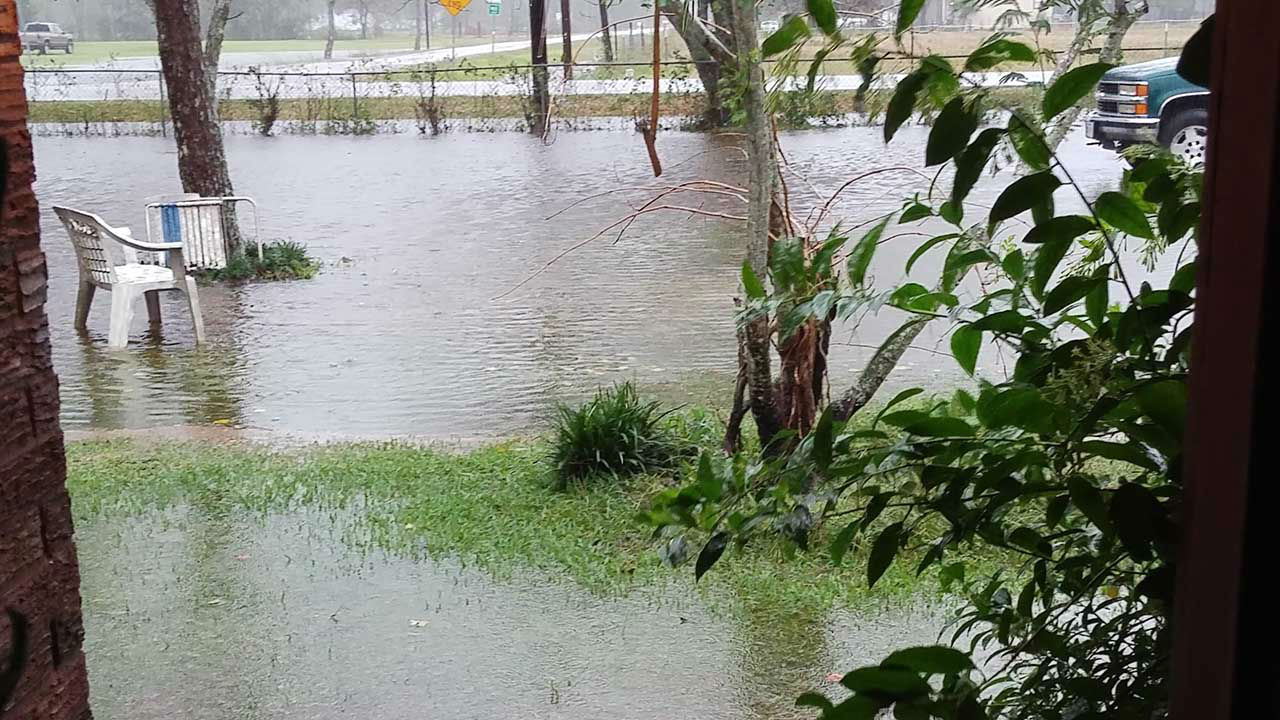 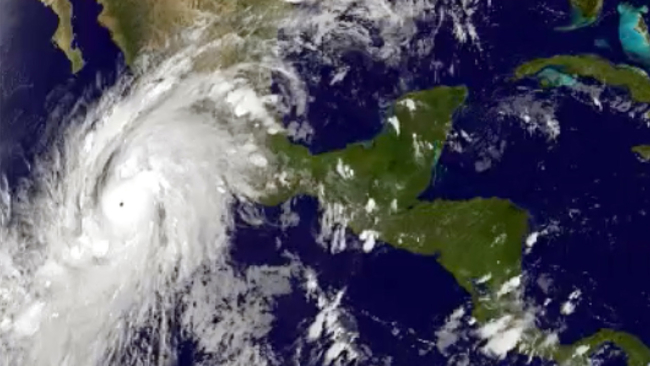 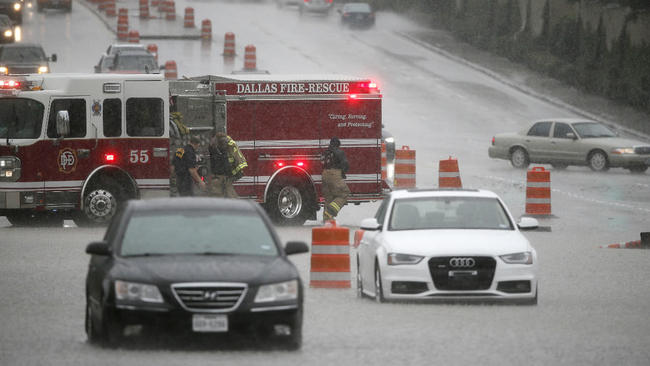