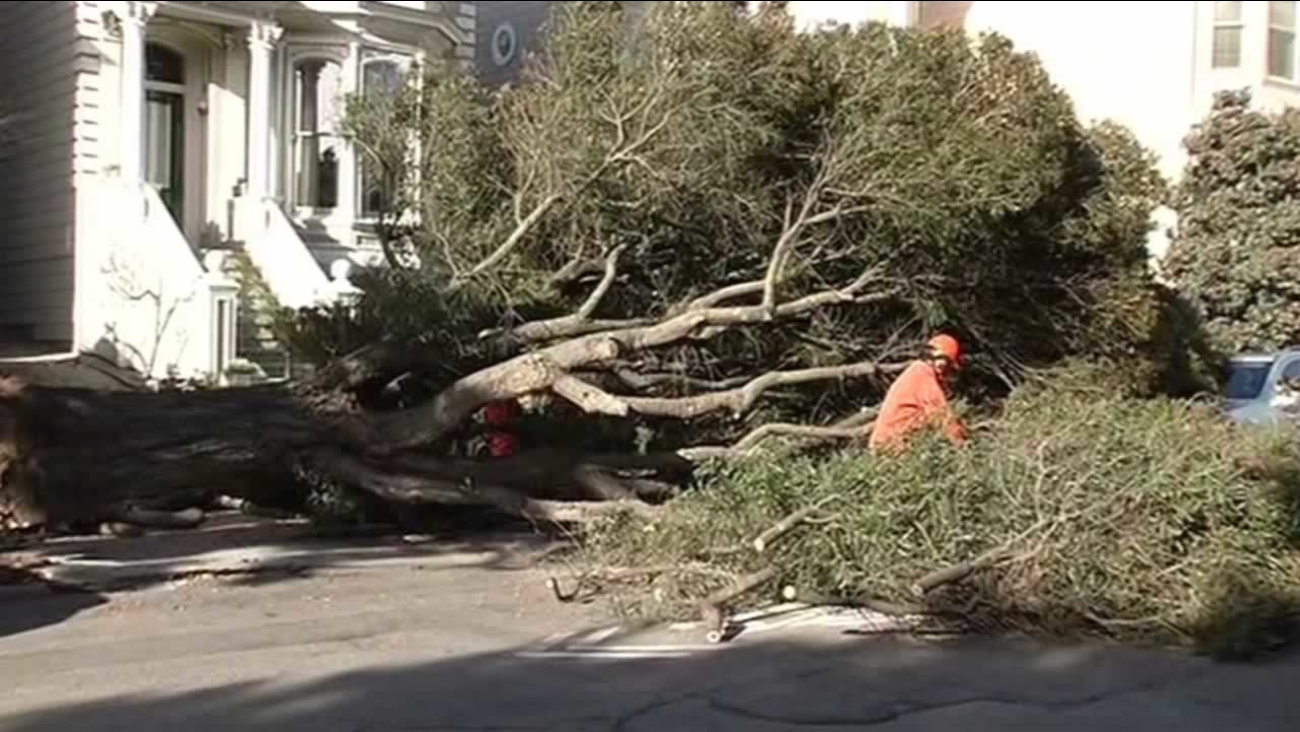 CHP officers said winds have been especially strong on the Bay Bridge and the gusts have also caused plenty of damage in San Francisco.

Impressive wind gusts across the Bay Area today. Altamont clocked in at 62mph in the past hour. pic.twitter.com/f1xM4idDKY

The scaffolding on Bayshore Boulevard was no match for the wind that swept through San Francisco.

All of it came crashing down on two parked cars at the Smart and Final parking lot. Luckily, the owner of an SUV was walking into the store when it happened.

"I'm still blessed. If I stayed inside the car I would get hurt in my head because my car has the mirror on the front and on the top," shopper Anita Guevarra said.

There was more damage on 7th and Market Street. This time, a wall separating a construction site and the sidewalk toppled over.

A 51-year-old man who was walking by was taken to the hospital for cuts to his head.

Meanwhile, in the Mission District, the palm trees on Mission Street swayed precariously, but it was on 24th Street where a large branch snapped off.

There was no damage or injuries.

As was the case in Pacific Heights, where a large tree collapsed on Clay Street near Fillmore.

"I heard the tree fall and at first it didn't occur to me the trees would have fallen, and then I came outside and like it was just there and I was like oh my God, I'm so glad that didn't hit my house," witness Sydney Doyle said.

It was a close call, but it's not over yet - -as long as the wind advisory remains in effect.