KGO
By Amy Hollyfield
NOVATO, Calif. (KGO) -- Tuesday morning's wet weather in the North Bay meant umbrellas were up - and so were spirits - as Californians tired of the drought welcomed the winter-like storm.

Last cars go thru Hwy 1 in Mill Valley around Hwy 101 before it was closed due to king tides & heavy rain. pic.twitter.com/2T2RtczDXW

The rain was steady in the North Bay but not too heavy, just enough to put on your hood but no need to run to get out of it.

Steve Gifford quietly watched it and thought about the long winter ahead. He's homeless and on the waiting list at the local shelter. He's currently staying with a friend. 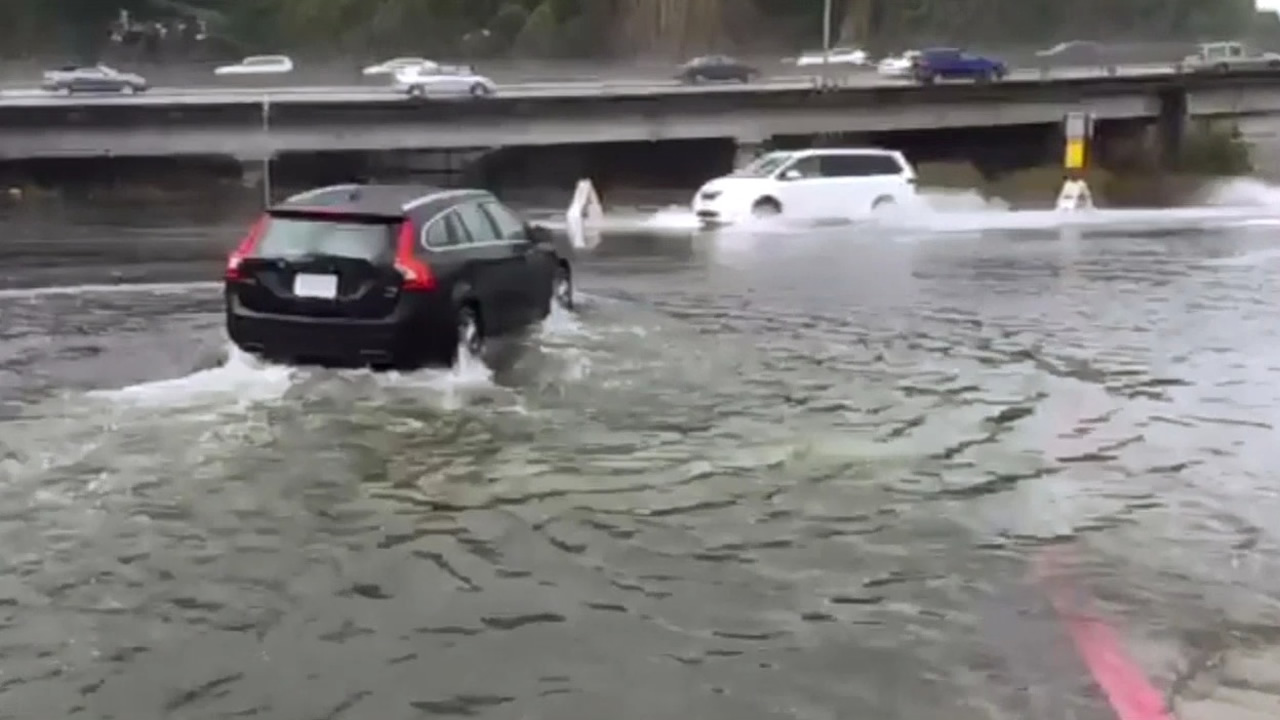 "The weather is turning cold, that's it. During the summer time, it's relatively easy to get in. Winter time, they say it's really rough, especially with cold temperatures," Gifford said.

Painter Kevin Santos said he would have liked to stay in bed this morning but he still had to head in to work. His current project is an inside painting job. "Everybody thinks we aren't working from the rain but I don't get a break," he said.

He's hoping, when he does get some time off, there will be some good fishing waiting for him. "I love the rain. It means the rivers are filling up and good fishing when the Steelhead come in, good stuff," he said. 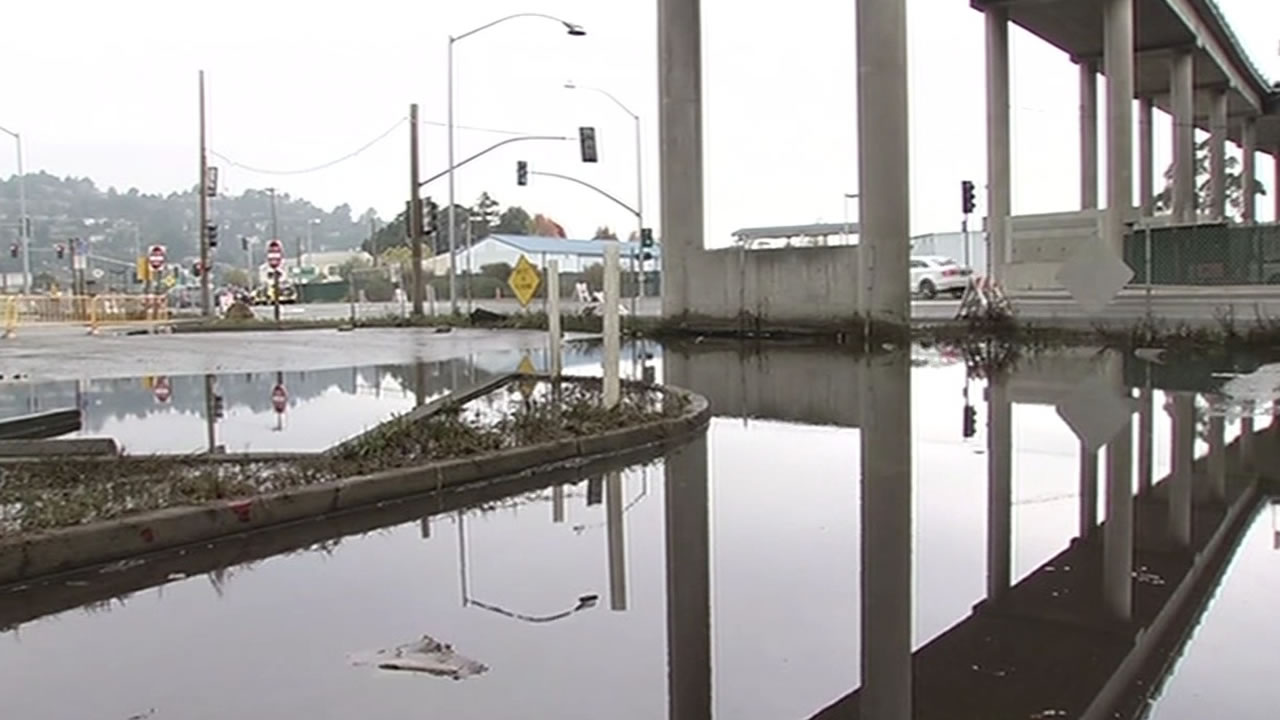 Marin County prepares for heavy rain Tuesday
In Marin County, where there have been damaging floods in the past, residents and businesses prepare for this week's rainstorm.

In downtown Oakland, near Broadway, people had to make their way to work with umbrellas.

In the South Bay, a light rain started at about 10 a.m. It's been coming down pretty steady since.

A look from our San Jose camera on Highway 101 near the Julian exit shows the weather is not having any impact on traffic.

Rain is falling in Downtown #SanJose. Grab your jackets and umbrellas! You'll need them for a bit longer. #abc7now pic.twitter.com/kbu7ujdvng

King tides are making travel miserable for North Bay drivers on the Highway 101 exit to the Shoreline Highway in Mill Valley.

Cars were getting through earlier but it's closed now due to flooding.

The king tides continue until at least Friday. 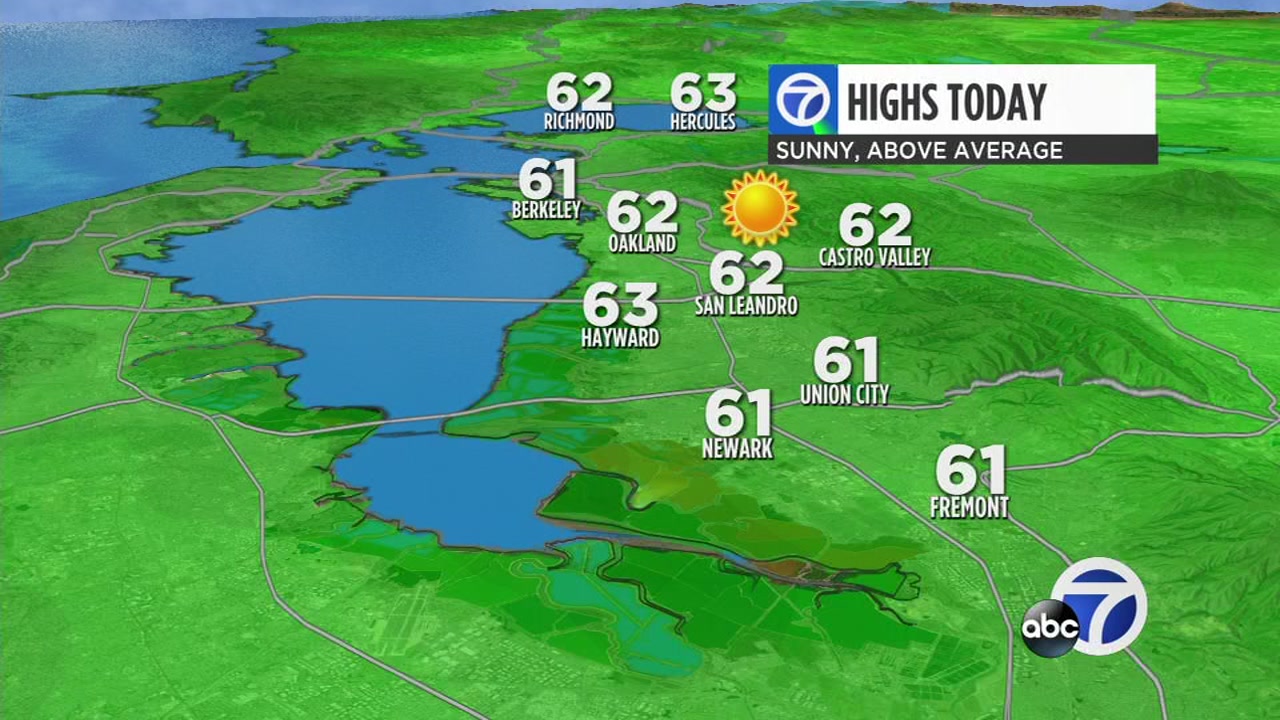 AccuWeather forecast: Dry pattern to end our dry month
Any morning clouds quickly give way to sunshine and slightly milder than average highs this afternoon, upper 50s along the Coast with lower to middle 60s around the Bay and Inland.


You can track the coming showers where you live with the ABC7 Weather app for your smartphone. If you're traveling, you can also get weather conditions and warnings wherever you are. It is free on Apple's App Store or on Google Play.

Our highest peaks may see snow just before the holidays! Snow level drops to 3,000' possibly 2,500'. pic.twitter.com/2FI9bBndc5

Temperatures will plunge behind the storm.. at/below freezing WED-FRI! Expected to be coldest air of season so far. pic.twitter.com/6TZTC6sFzA

when #kingtide and #rain converge, this place turns almost into an Everglades pic.twitter.com/h5vczKmMuM

#kingtide #millvalley "They never seem to learn," said tow truck driver. He expects to get some work here this week. pic.twitter.com/52nKaXOMhi

#kingtide The interior of this car was sloshing. pic.twitter.com/RA7ZzjLKhQ

#elnino ...the end of a 90 foot tall Monterey Pine that towered above the house. pic.twitter.com/A3OoJJLD9N 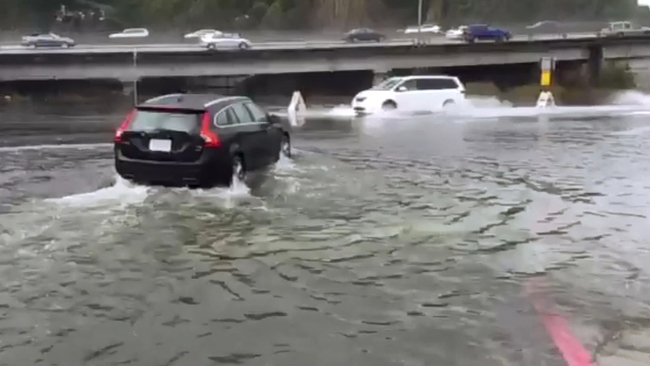 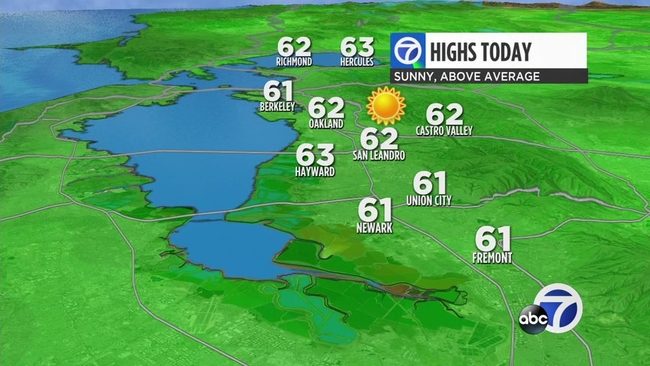 Gov. Newsom considers stay-at-home order for most of CA