WEST OAKLAND, Calif. (KGO) -- Police are not releasing many details from the fatal shooting Saturday night aboard a BART train. Witnesses say a man shot another passenger then ran off the train at West Oakland station.

Alameda County Coroner: We are having trouble IDing the man who was shot to death aboard a BART train this weekend. pic.twitter.com/Ym9zDGvh7L

Investigators have run into some complications with the case. The first is trying to get any of the video from the train cars that might be available, and also trying to access any video from station cameras. The second is trying to identify the body of the victim.

Some commuters are concerned about Saturday night's murder onboard a BART train. But many said they had little choice but to use the system to get to work and home again.

Fellow BART rider Jack Smith, however, says he's not concerned, "Honestly, not really," he said. "I ride BART pretty often and i really haven't encountered anything like that."

BART police are still piecing together exactly what happened.

This station is in BART Board Member Zahkary Mallett's district. He's out of town on business, but ABC7 News was able to talk with him by phone about the victim.

"This person, our hearts and condolences go out to them and their families," he said. "It was a targeted attack." 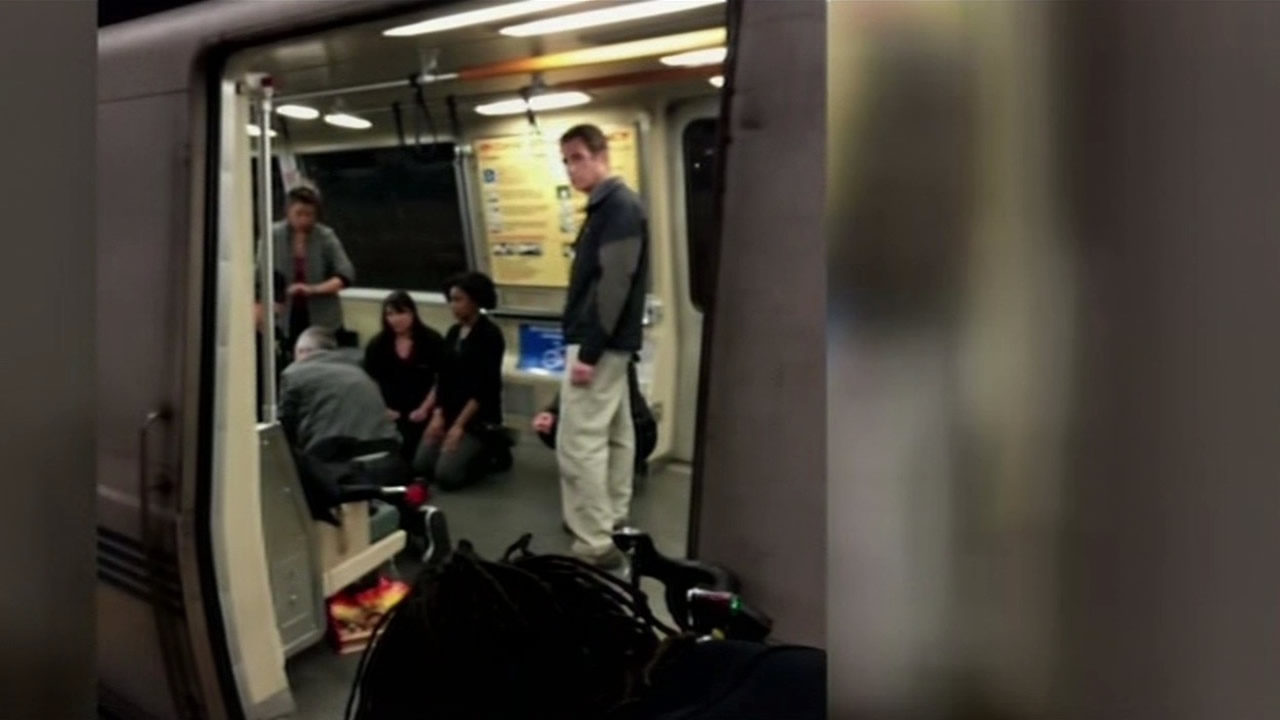 Witnesses speak out about deadly West Oakland BART shooting
Police are searching for a suspect accused of fatally shooting a man on a BART train in West Oakland on Saturday.

Mallet says BART train cars do have cameras inside, but not all of them record video. So it's not clear if the Saturday night gunman was captured by the onboard cameras.
He also said it's not very easy for investigators to access any video that was recorded.

"To get the recordings, we have to take trains out of service and detach the recordings from underneath the train in order to get to them for investigative review," said Mallett.

Complicating this investigation even further -- the Alameda County Coroner's Office is having difficulty identifying the victim. That's because he isn't showing up on any state databases. So he might be from out of California or possibly even out of the country.

Alameda County Coroner: Victim of #BART shooter is not in state ID systems. Might be from out of state or country. pic.twitter.com/hLtuoILiDp