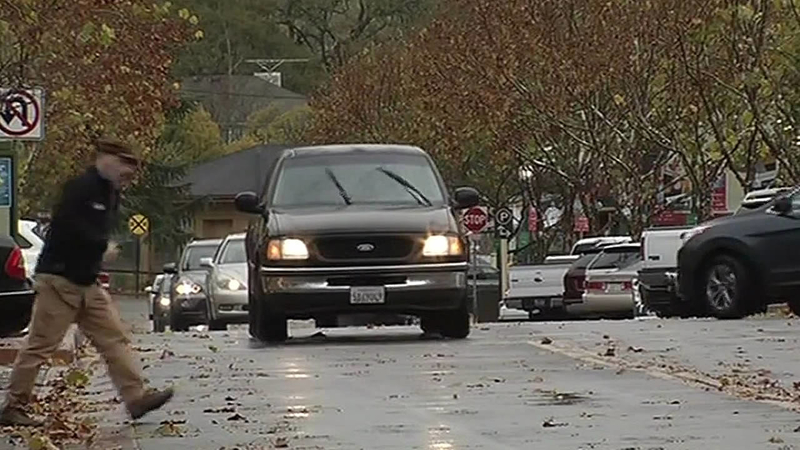 Right around noon on Thursday, the rain came down fast and furious in San Francisco. The downpour only lasted a few minutes, but it was still a wet ride to work for drivers heading down Highway 101 from Marin County into San Francisco.

In Sunnyvale a tree fell down on westbound El Camino near Pastoria, blocking two of the three lanes.

In Marin County, like other places around the bay, the rain came down pretty consistently for a while. 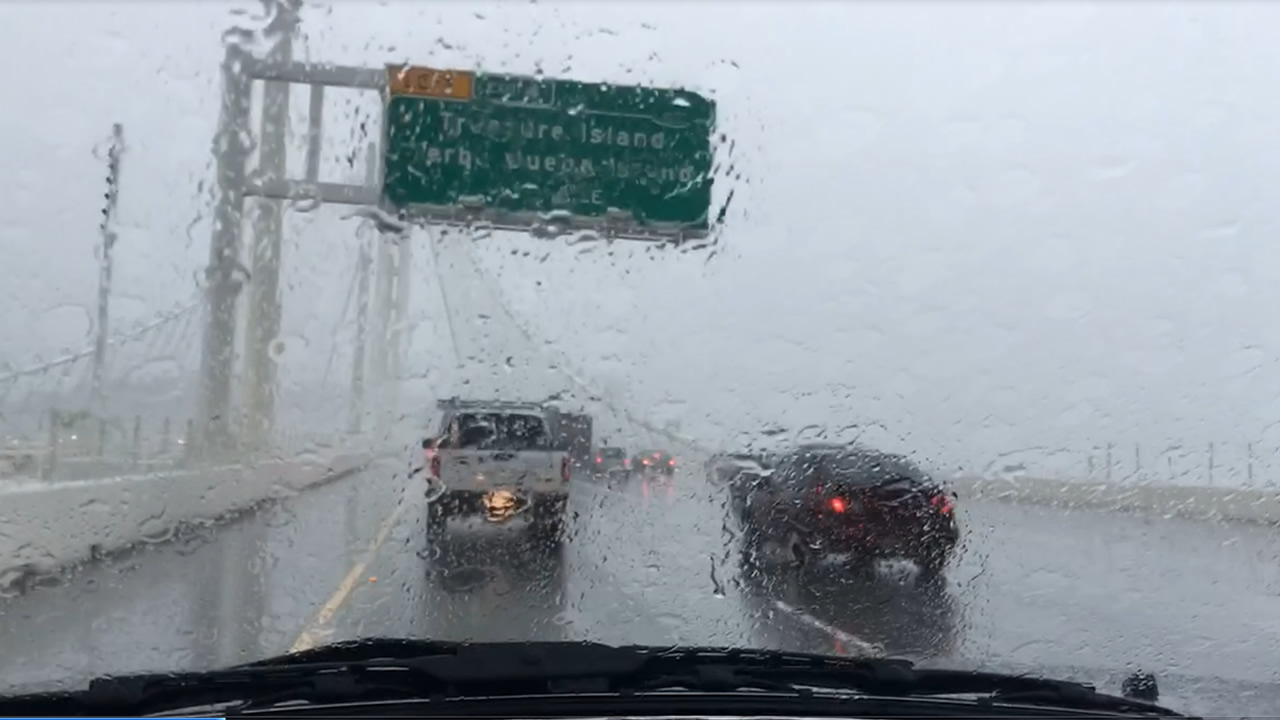 A couple of miles away at Stafford Lake Reservoir, there was still plenty of dry land for the geese to land on and nothing coming out of the spillway. Regardless, the North Marin Water District describes such conditions as normal for this time of year, even with a drought.

Chris DeGabrielle with the North Marin Water District said, "Well it typically takes 5-7 inches before the ground saturates and collects enough water to drain. We hope it's coming in December."

Also on Thursday the rain turned into snow in the Sierra. Forecasts call for a blanket of snow above 5,000 feet, with about a foot of fresh powder falling at the highest elevations. 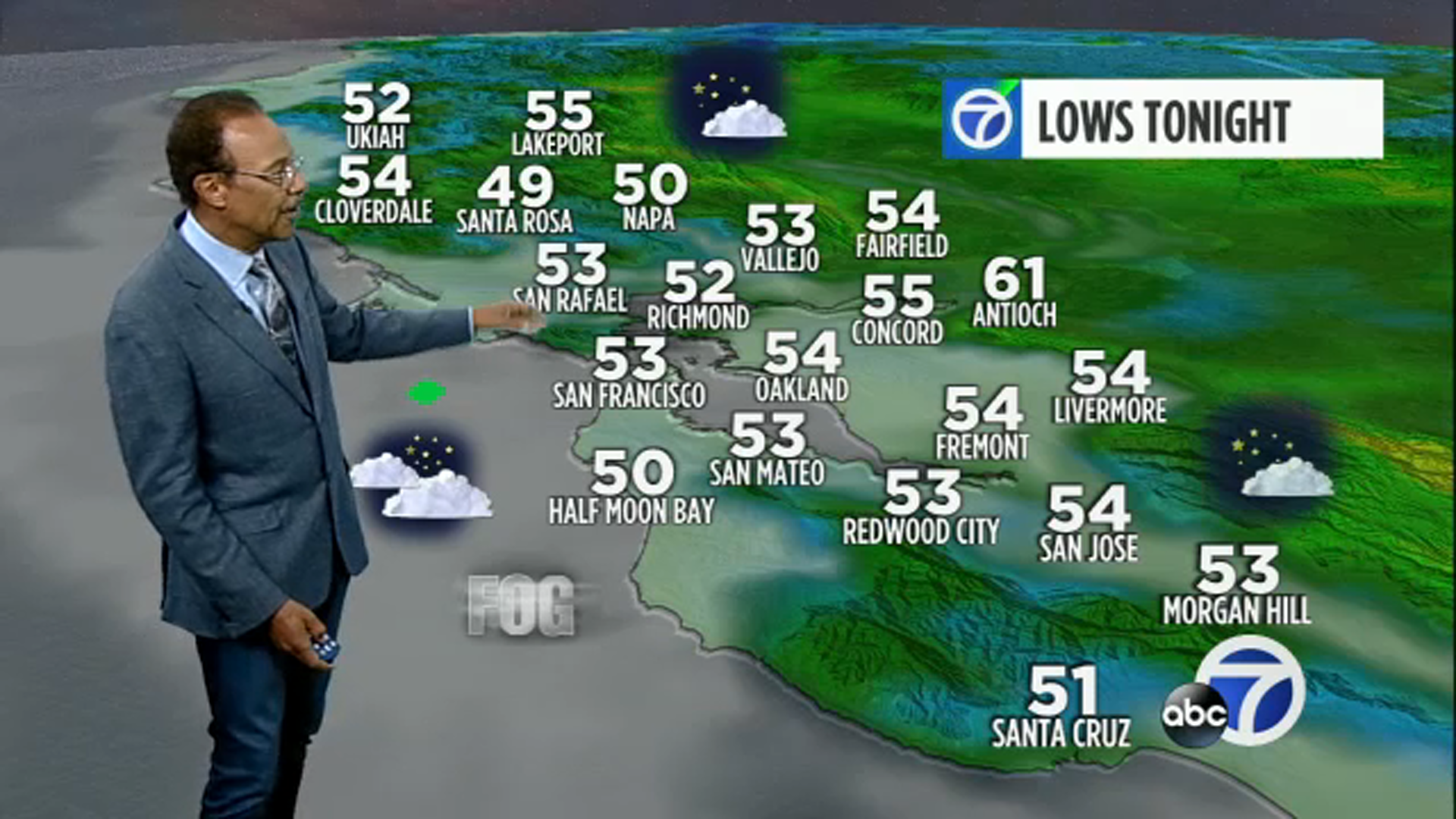 AccuWeather Forecast: Cooling trend begins tomorrow
Tonight will bring increasing low clouds and fog to the coast and bay, with overnight lows mainly in the low to mid 50s.

"This is exciting -- this is a better start than we've had in for a few years. The customers, too, are excited," said Roger Goodwin, the owner of Old Town Sports.

"What is business like right now?" asked ABC7's Amy Hollyfield.

"Good early, but people are still waiting, they are not totally convinced. Last year in early December we had a nice storm and that was the last one we had for six or eight weeks, so customers are not convinced until it starts dumping and they can't go play golf or do other things outside," said Goodwin.

Nice to see all this #rain in #SanFrancisco. It was a little too much for my neighbor's drain pipe! #abc7now pic.twitter.com/X9ljHHpD5w

@SandhyaABC7 wind is light and the sun is now trying to come out pic.twitter.com/iV1QLZTBr8

#SFO reports about 70 cancellations, delays of 30-45 minutes due to weather. They advise you check with airline to learn status of flight.

EVENING COMMUTE: steadiest rain will have exited, but scattered showers/ponding on roadways will be an issue. pic.twitter.com/N5EWzdvZiv

Winds gusting between 30-40mph as the showers move through. A look at some of the areas peak wind gusts. pic.twitter.com/HinsbyA8CG