We've faced coronavirus outbreaks before. Here's why COVID-19 has many people scared. 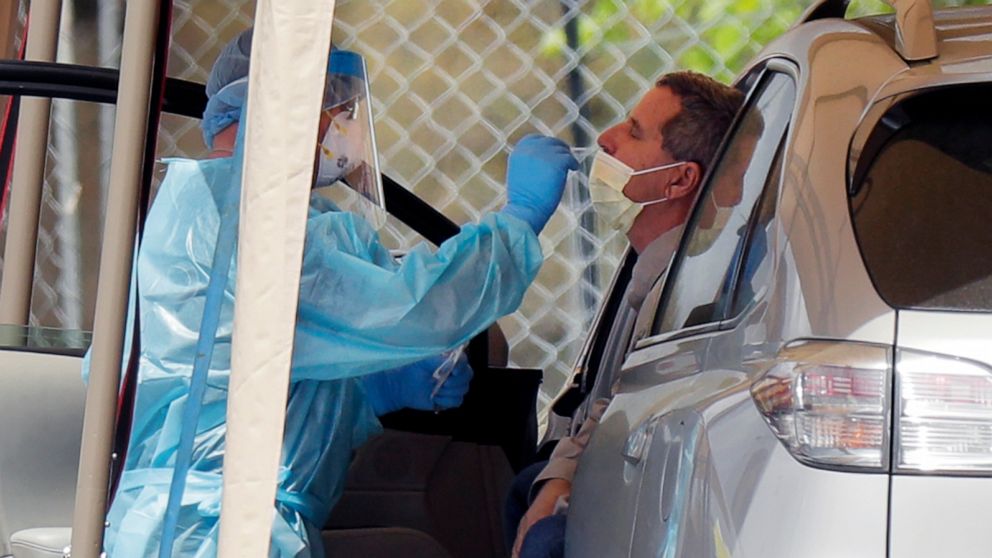 In the last 20 years, the United States has faced a number of potentially deadly coronavirus outbreaks.

Though both appeared in the United States, only a few people were infected in each case.

But novel coronavirus, which emerged in China in December, has taken national mobilization to a level not seen since the 1918 pandemic flu.

With no vaccine or cure, populations have been instructed to physically separate from each other in an attempt to stem the tide of infection, prompting massive social distancing measures and lockdowns that have sparked fear and uncertainty.

Dr. Robert Amler, dean of the School of Health Sciences and Practice at New York Medical College and a former chief medical officer at the Centers for Disease Control and Prevention (CDC) for over 20 years, remembers the concerns Americans experienced during the SARS outbreak.

Despite previous success in curbing the spread of other viruses such as the 2009 H1N1 pandemic and more recently, the 2014 Ebola epidemic, health officials say the alarm COVID-19 has generated within the United States is unprecedented.

"We were unprepared," Dr. Todd Ellerin, director of infectious diseases at South Shore Hospital in Weymouth, Massachusetts, said of the healthcare sector. "I don't necessarily think that we have the baseline of personal protective equipment necessary to handle the surge of cases we're seeing now. While hospitals and academic centers are in better positions, outpatient offices and clinics are unequipped on how to handle this."

Testing capabilities, while improving, started off slowly, and as a result, infection control measures have had to be adjusted to keep up with the contagion of the virus.

Ellerin said the 2003 SARS outbreak was a "scary time," but it was more limited in scope and significantly less contagious than COVID-19.

SARS largely affected Asia, where the virus originated, but it quickly spread to North America, South America, and Europe. In the United States, eight people became infected, the CDC said.

Similarly to SARS, MERS was first reported in Saudi Arabia where all later cases originated. Within the United States, only two people ever tested positive, both infections occurring in 2014.

"You can look at these three coronaviruses like a triangle, with MERS at the top," Dr. Ellerin explained. "MERS kills around a third of people who are infected, SARS about a handful. COVID-19 is at the base of that triangle. There are more people who get it but on an individual basis, it isn't as fatal."

Compared to SARS and MERS, COVID-19 appears to have a lower mortality rate than the other two diseases (the World Health Organization estimated 3.4% but others have been much lower). MERS, on the other hand, is around 34% and SARS - 10%. Unlike the two previous coronaviruses, which have been described by physicians and epidemiologists as less transmittable, COVID-19 spreads with more efficiency and is able to infect more people, public health officials said.

Dr. Robert Glatter, an emergency physician at Lenox Hill Hospital in New York City says SARS was able to be spread 10-14 days after symptoms developed , typically when most people were already isolated in hospitals. But with COVID-19, viral loads are high early in the course of the disease, typically in the first 3-5 days -- when people are less likely to have admitted or isolated - making transmission to other persons more likely, Glatter said.

Contagion is a characteristic COVID-19 shares with the H1N1 virus. Unlike COVID-19, influenza has been described by physicians as an old enemy, one that comes every year, and despite causing thousands of deaths per season, has become so familiar to people it no longer causes the level of fear we are seeing with novel coronavirus, experts say.

From October 2019 to the beginning of March 2020, the CDC estimates that 22,000 - 50,000 people have died of the flu. But with the presence of antiviral drugs and annual vaccines, measures of protection have been established against the flu that Ellerin believes have desensitized people to it.

Dr. Marybeth Sexton, an assistant professor of medicine in the division of infectious disease at Emory University said COVID-19 is closer to us, and it does not have available vaccines and remedies like other illnesses.

"For the average American, this is different from prior outbreaks because COVID-19 is more likely to touch their lives. There was fear watching the news of Ebola in West Africa, but here, we could see a large percentage of the U.S. population getting affected," she said. "There's no baseline immunity like the flu. This virus is hitting home more so than others have."

With COVID-19 spreading throughout states and communities, restrictions, event cancellations, and store closures have disrupted daily life in a way physicians agree is unparalleled. Actions such as hoarding hand sanitizer, Clorox wipes, and masks have been reported by medical professionals as measures never before seen taking place.

"As is common with a new disease that has mortality associated with it, people are nervous, and it can lead them to do things that are fear based like hoarding masks which is not in their, or anyone else's, best interest," Sexton said.

Despite the challenges in dealing with COVID-19, physicians like Amler and Sexton believe that along with hospitals and healthcare professionals, the public is being educated about washing their hands and practicing social distancing. The protocols established now, they say, will survive into the future when newly discovered respiratory infections must be faced.
Report a correction or typo
Related topics:
abc newsnational
Copyright © 2021 ABC News Internet Ventures.
More Videos
From CNN Newsource affiliates
TOP STORIES