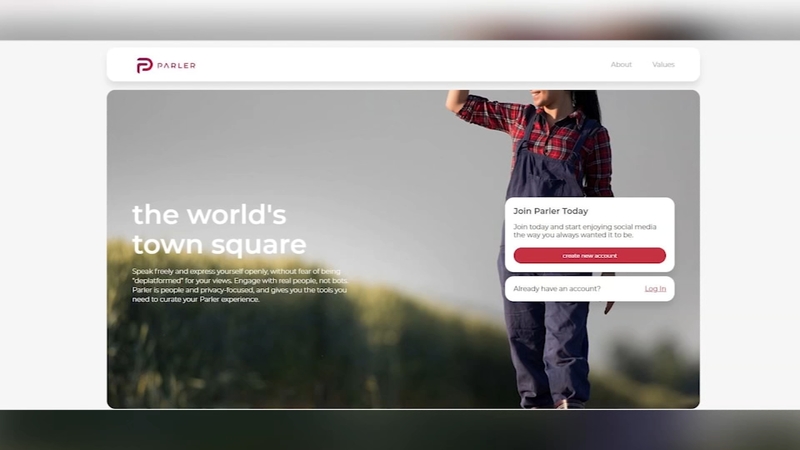 Social media platform with no fact-checking on the rise

Parler is the latest social media platform to gain traction, surging to the No. 1 spot on Apple's free downloads list this weekend.

The company, based in Henderson, Nevada, launched in 2018. It now has more than 2.8 million users, according to the Washington Post.

CEO and founder John Matze has touted it as a contrast to Facebook and Twitter, which have started fact-checking and flagging posts for misinformation.

"To me, that does not sound like censorship as much as being cautious about who's using their social media and the impact they're having," said University of Houston communications professor Lindita Camaj.

President Trump is also on Parler, where he reposts those exact tweets without any fact check warning.

Matze released this statement over the weekend regarding Parler's popularity.

"People trust Parler because Parler trusts people. We welcome all to join our platform, which emphasizes free speech and open discourse."

But the company boasts about tailoring the experience to avoid discourse. Users can even filter and block specific words they don't want to see.

Experts who spoke with ABC13 warn that filling a news feed with only like-minded profiles and no fact-checking is dangerous.

"Because it creates an echo chamber. It creates a place where nobody's checking and nobody's challenging your claims, even if those claims have no basis," said Camaj.

"I think times have changed now considering how fast information gets spread on the internet. I think censorship is important to keep people safe," said licensed counselor Angela Pham.

Pham said she worries a platform like Parler is where conspiracy theories will spread at a rapid-fire pace.

"The conspiracy theories that are happening right now seem to be more dangerous than ever before," said Pham.

These experts agree social media companies have a social responsibility to flag attempts of spreading misinformation.