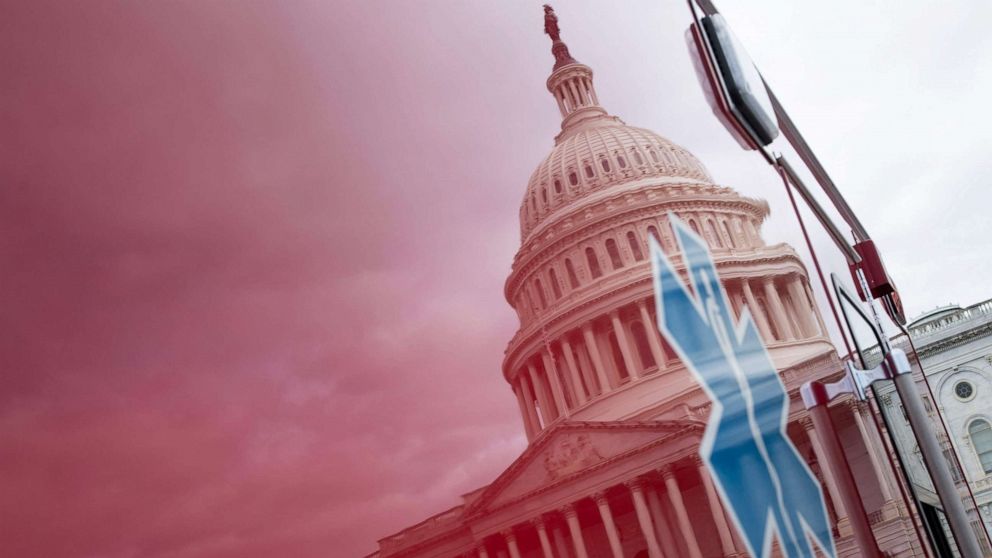 The White House and Senate negotiators struck a deal early Wednesday morning on a massive $2 trillion package that will provide essential relief to an economy struggling amid the coronavirus crisis.

The $2 trillion relief package is the biggest in American history.

The Senate approved the bill late Wednesday. The House needs to pass the bill before it can reach President Donald Trump's desk.

Tune into ABC at 1 p.m. ET and ABC News Live at 4 p.m. ET every weekday for special coverage of the novel coronavirus with the full ABC News team, including the latest news, context and analysis.

Full details of the package have yet to be released, but some elements of the proposal are being touted among Republican and Democratic leaders on Capitol Hill.

Here are the key takeaways on who would get what and when:

Direct payments for most Americans taxpayers

An additional $500 per child will be tacked on to that.

The payment would scale down as income rises, phasing out entirely at $99,000 for singles and $198,000 for couples without children.

Ninety percent of Americans would be eligible to receive full or partial payments, according to estimates by the Tax Policy Center.

It's unclear how long it will take the Internal Revenue Service to process and calculate each and every payment. The White House has indicated that Americans could be seeing direct payments as soon as April 6.

Lawmakers agreed to a significant expansion of unemployment benefits that would expand unemployment insurance by 13 weeks and include a four-month enhancement of benefits -- an additional $600 per week - on top of what state unemployment programs pay.

In total, unemployed workers are eligible to receive up to 39 weeks of unemployment benefits.

The program was expanded to include freelancers, furloughed employees and gig workers, such as Uber drivers.

The massive boost in unemployment insurance is expected to cost $250 billion.

The legislation creates a $367 billion federally-guaranteed loan program for small businesses who must pledge not to lay off their workers.

The loans would be available during an emergency period ending at the of June, and would be forgiven if the employer pays its workers for the duration of the crisis.

According to Senate Minority Leader Chuck Schumer's office, the deal also includes $10 billion in Small Business Administration emergency grants and up to $10 million of emergency relief per business. It allocates $17 billion for the SBA to cover six months of payment for small businesses with existing SBA loans.

The plan includes loans for distressed companies from a $425 billion fund controlled by the Federal Reserve. An additional $75 billion would be available for industry-specific loans, including to airlines and hotels.

This was a major sticking point for Democrats: they successfully pushed for oversight, including the installment of an inspector general and a congressionally appointed board to monitor the fund.

The plan also calls for an immediate disclosure of the fund recipients.

The stimulus bill also includes a provision that forbids President Trump and his family, as well as other top government officials and members of Congress from getting loans or investments from Treasury programs in the stimulus, according to Schumer's office.

As part of the deal, airlines will be prohibited from stock buybacks and CEO bonuses, Schumer wrote in a letter Wednesday to Democratic senators.

The massive package also includes $100 billion in assistance for hospitals and health systems across the nation.