Beloved crow returned to wildlife group thanks to SJ woman 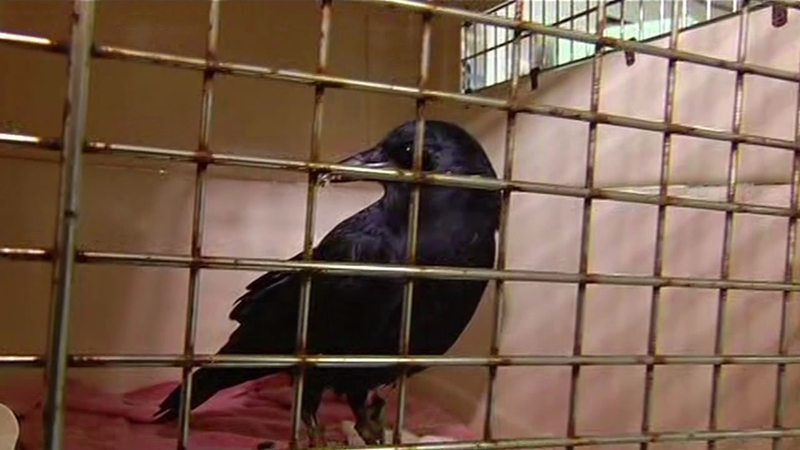 Crow returned to wildlife group thanks to SJ woman

SAN JOSE, Calif. (KGO) -- A beloved crow is back home thanks to an alert San Jose woman who realized that something just wasn't right.

Outside her family's home in San Jose, Shirley Jones says she couldn't believe her eyes.

"I was wondering why he was standing in my backyard," she said.

Meet the #SanJose woman who found a well-known crow in her backyard. We'll share the story today at 4pm #OnlyOn7. pic.twitter.com/ur3Ft5tQym

That "he" turned out to be Marley, the well-known crow who had been bird-napped nearly a week and half ago from the Wildlife Center of Silicon Valley, where's he lived for five years.

"I really didn't know if he was sick," said Jones. "I really thought he might've been injured, but didn't really want to approach him."

So after a few days of Marley just chillin' out back, Jones called animal control on Tuesday, who then alerted the wildlife center.

"We did realize he was pretty thin, he lost over 100 grams since he was gone, and he was really cold and dehydrated," said Ashley Kinney with the Wildlife Center of Silicon Valley.

The wildlife center expects Marley to make a full recovery. But, the mystery still remains.

"We don't know who had him, we don't know what their intentions are with this animal, and there's just so much unknown, it's hard not to make your brain go to the worst things that can possibly happen," Kinney said.

Extra security measures have been put in place at the wildlife center, all with the goal of preventing something like this from happening once more.

"They both hugged me and they hugged me again, and then they called someone else who start boo-hooing on the phone," Jones said.

An emotional reunion for the crow, and for those who care about him.

"I'm glad we were able to help get him back home, we didn't save a human, but we saved a crow, Marley," Jones said.