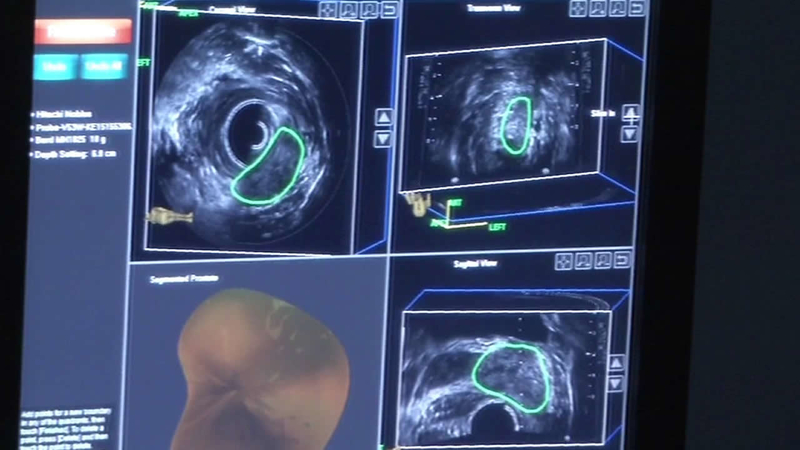 PALO ALTO, Calif. -- Doctors at Stanford Hospital are using a powerful new technology to help men battle of common form of cancer. It's allowing them to make decisions with more confidence than ever before.

This technology is proving to be a major benefit to patients like Bay Area businessman Alan Talansky, who's lived with prostate cancer for several years, without surgery.

Talansky opted for active surveillance instead of surgery. It's an increasingly popular option for men with slow growing prostate cancer. Geoffrey Sonn, M.D., says the strategy relies on regular testing to spot any changes or acceleration in the disease. And now he says Stanford is taking that technology a step further, by using a combination of ultrasound and MRI imaging.

"In the example of Mr. Talansky, who's PSA continues to rise, we're concerned there may be something aggressive. So the MRI allows us to look for abnormal areas, and then with the targeted biopsy we can place needles in there to really find out, is this an aggressive cancer and should he be treated, or is it's safe for him to stay on active surveillance," explains Dr. Sonn.

The Stanford team uses the combined images as a map to plan a series of biopsies, targeting the areas of concern. Once the three dimensional model is in place, the system, known as Artemis, helps guide the surgeon.

Sonn collects samples over the course of about half an hour, that will be analyzed in the lab, and that gives doctors a far more detailed look at the level of cancer in a patient's body.

"If somebody has the highest level of suspicion, it's often on a scale of one to five. If someone has a four or even a five, meaning very concerning, there's an extremely high chance that's going to be a prostate cancer and more than that, an aggressive cancer that probably should be treated," says Sonn.

In Talansky's case, the biopsy results did indicate that his cancer has now become more aggressive, meaning that active surveillance may no longer be a viable option. Still, he's grateful that the precision monitoring has allowed him to safely postpone treatment for years, while enjoying the sports he loves.

"I was able to continue my lifestyle, continue without that extraordinary surgery you would have to go through," says Talansky.

His doctors say Talansky will now likely undergo treatment, well within the window to make a full recovery.