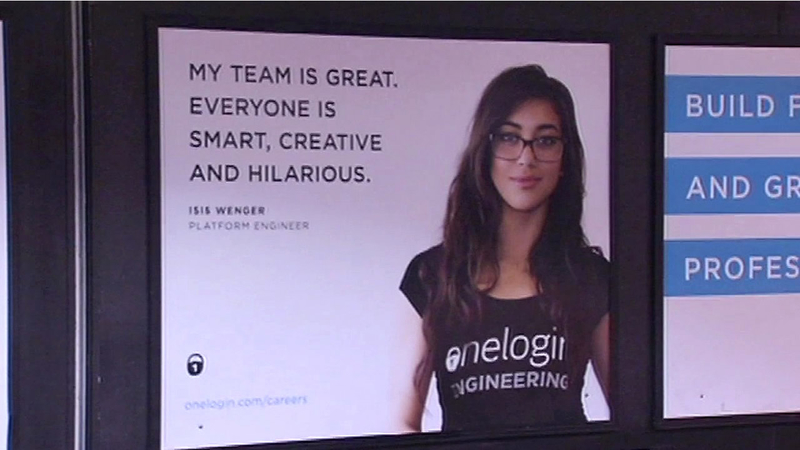 The campaign is about who fits the stereotypical image of a tech worker or engineer.

The company's ad campaign began four days ago and it's putting the spotlight on gender and diversity issues.

Wenger was chosen along with two other employees to appear in the recruitment campaign with ads splashed across the city at BART and bus stations. "I really thought that the other ads that would go up would attract more attention than mine did, but I was wrong," Wenger said.

"I'm thinking that this is not an actual engineer. It strikes me as a model," one man said.

The campaign is resonating with women all over the world who are posting their own "I Look Like An Engineer comments on Twitter including, Melinda Gates who applauds the campaign for challenging the face of engineering, Chelsea Clinton who said its helping breakdown stereotypes and other women including one who wrote: "I'm female, wear pink, I'm pregnant and I'm also a full stack software engineer."

The truth is there are few women in the tech industry. Wenger's boss hopes the ad campaign will increase diversity. "After the whole thing exploded we got more than twice as many female applicants, so that's been very positive," One Login CEO Thomas Pedersen said.

"I'm hoping I can set a positive example for a younger generation," Wenger said.

Wenger's point is there is not one defined look for engineers and the industry needs diversity.

I was one of the earliest engs @Pinterest; I've worked on infra, api, web, ads, homefeed & more #ILookLikeAnEngineer pic.twitter.com/vn0aS58JIv