Mom who dropped baby during fight lied to officers: police 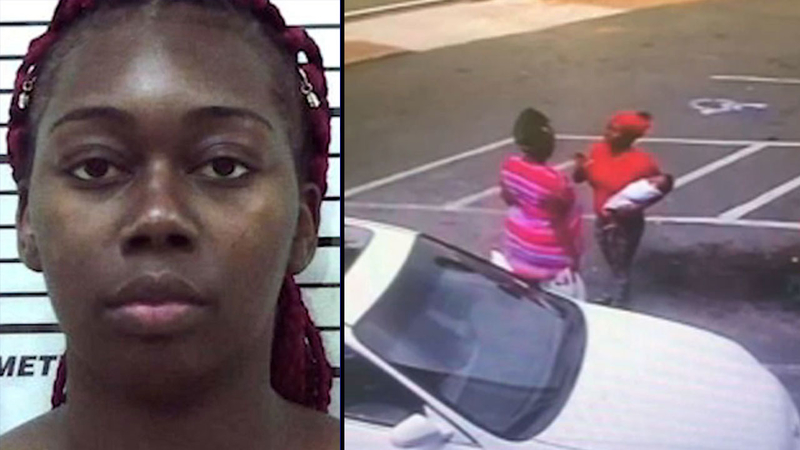 Mom who dropped baby during fight lied to officers: police

MOULTRIE, Georgia -- A Georgia mother is facing multiple charges, including felony murder, after her baby died as a result of her allegedly dropping the child onto the pavement as she fought with another woman in a parking lot, police said.

RELATED: 3-month-old dies days after falling from mother's arms during fight between mom, another woman

In video surveillance of the fight, Harrison can be seen cradling her 3-month-old baby when another woman smacks her over the head with a grocery bag. Harrison then takes a swing at the woman, drops her child and keeps fighting, the video shows.

The fight occurred in the Thomas Beauty Supply parking lot on July 19. The child was taken to Colquitt Regional Medical Center the next day for a head injury, but died as a result of the injuries from the fall, police said.

Harrison originally told police that the child fell after a friend of the family dropped the baby, according to police. Her friend, Carneata Clark, who was not involved in the fight, also told police the same story.

But after further investigation, officials learned of the fight and said that the video surveillance showed two women "engage in a physical altercation and the baby falls to the pavement."

Clark was charged with making a false statement and obstruction of an officer, according to police.

It was not immediately clear if either Harrison or Clark have obtained an attorney.