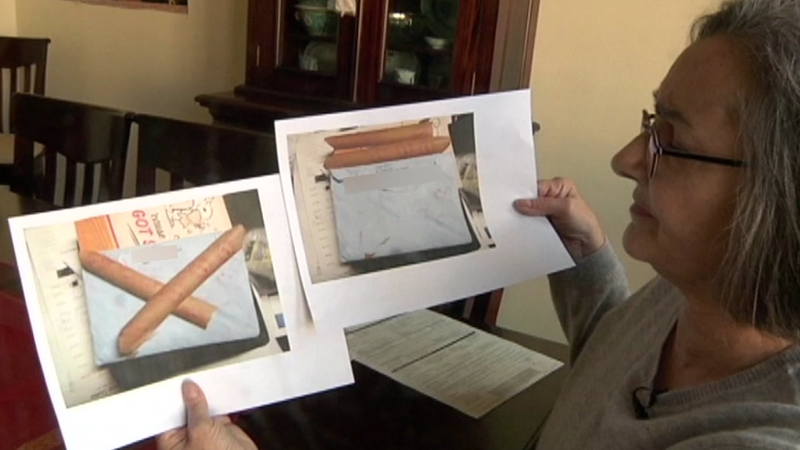 SAN FRANCISCO (KGO) -- A San Francisco woman did all she could to safeguard a gift she was mailing. But when her gift went missing, her claim went nowhere.

Rita Viale sent a nice graduation gift to her nephew in Alabama. "Congratulations you graduated high school and here's a little money," she wrote in a card.

She put a $500 Visa gift card inside the greeting card that he never received. "He said 'great card, but there's nothing in there,"' Viale said.

The envelope arrived, but the $500 gift card was missing. "He took pictures and scanned them and sent them," Viale said.

The photos show the envelope had been torn open, taped with postal tape and marked with postal stamps. "So it was obvious it had been tampered with. Somebody ripped it out and it's been stolen," she said.

Luckily Viale had sent it by registered mail and insured it for $500. She filed a claim with the post office. "And I said 'this is what happened.' They said we'll take care of it," Viale said.

However, no one responded to her claim, so Viale kept calling the postal managers. "They said, 'oh paperwork, red tape. It has to be inspected, looked into and studied,"' Viale said.

A whole year went by and there was still no response. "It's not fair. It's not right. What's the point of having insurance or registering?" she said.

The U.S. Postal Service released a statement saying: "Due to an administrative oversight during management changes, the registered mail inquiry was not processed. Once district leadership was advised of the situation they took action to accept the claim and make the customer whole."

A postal worker stopped by to visit Viale and delivered her two checks totaling $500. "Thank you, I'm just thrilled, it's a lot of money," she said.

The postal service told 7 On Your side that $500 gift card remains lost, so it's not clear what happened to it.

If you mail a gift card, remember it's like putting cash in the mail, so anybody can use it.
Related topics:
san franciscovisagraduationgiftsfamily7 on your sidepostal service
Copyright © 2021 KGO-TV. All Rights Reserved.
7 ON YOUR SIDE
Young adults seek career training in tech for better future
How to get more bang for your buck when gifting gift cards
Why feds are warning it could take months to get a passport
Will travel insurance cover you if you catch COVID abroad?
TOP STORIES
Father, son arrested on suspicion of starting Caldor Fire, DA says
Vallejo police chief issues intended termination letter for officer
Young adults seek career training in tech for better future
JFK Unsolved: The Real Conspiracies
Chase Bank opens community-inspired branch in Oakland
Scott Peterson resentenced to life for pregnant wife's murder
Some Bay Area school districts consider dropping D, F grades
Show More
Rare coral spawning at Academy of Sciences brings new hope
Fresno teacher gets millions of views on TikTok with dance moves
Fox News Christmas tree fire: Outlet's decorations set ablaze in NYC
Family of 5 from Fresno killed in shooting in Mexico
Plan unveiled for CA to be abortion sanctuary if Roe overturned
More TOP STORIES News