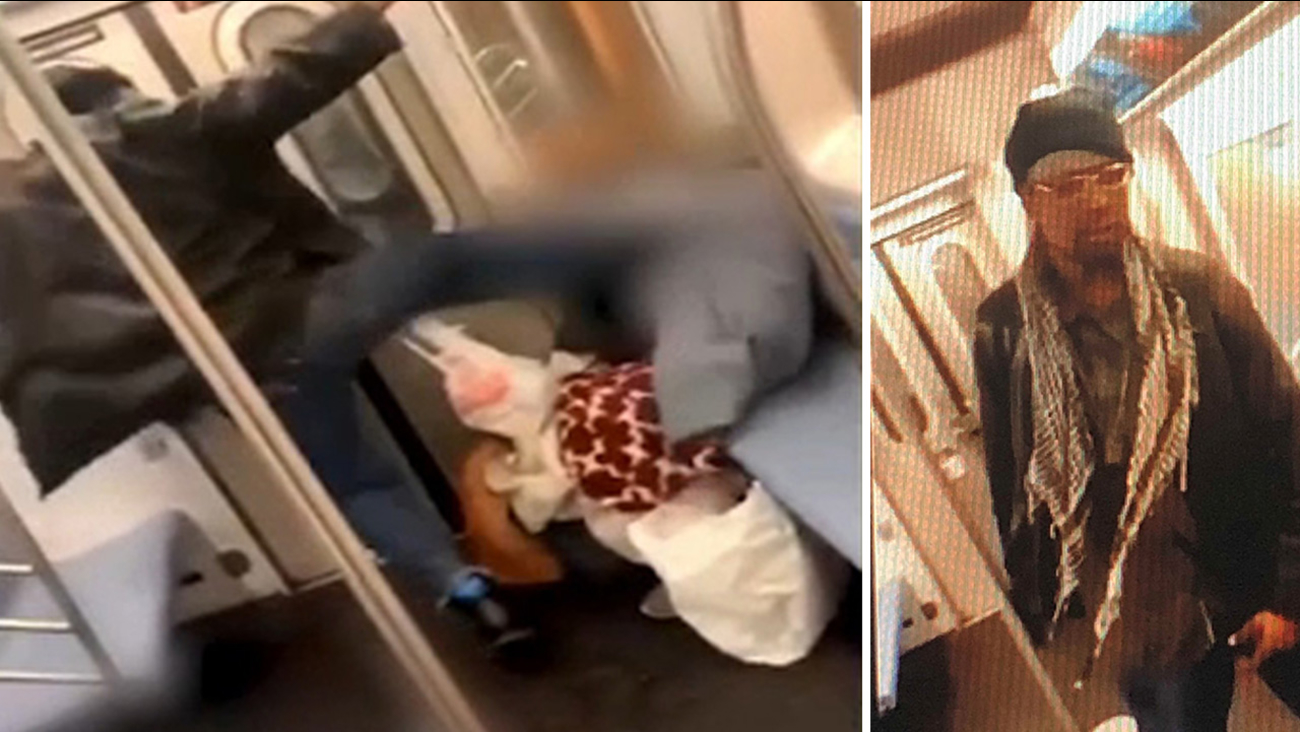 WAKEFIELD, Bronx -- A suspect is in custody after an elderly woman was brutally attacked on a Bronx subway train.

Authorities say the man in the video kicked and punched the 78-year-old victim in the face and body, causing her to bleed.

NYPD Chief of Detectives Dermot F. Shea announced in a tweet that the person wanted for the attack was in police custody, but his identity has not been released. No charges were announced.

He also said the victim was treated and released from the hospital and "is getting the care, advocacy (and) support needed."

Officials say that equally as troubling as the incident is that no one else on the train attempted to help the woman during the incident. Instead, several of them recorded it on their phones.
Report a correction or typo
Related topics:
nypdsubway crimewoman attackedwoman assaultedu.s. & worldcaught on camera
Copyright © 2022 WABC-TV. All Rights Reserved.
TOP STORIES
Amy Schneider's historic 'Jeopardy!' run comes to an end
Police activity prompts lockdown in Hercules neighborhood
Newlyweds targeted in SF attempted robbery on their wedding day
Teen loses thousands on Zelle after getting offer to be a 'sugar baby'
Here's how you can win free tickets to NFC Championship game
Triple stabbing suspect killed in Hwy 85 crash, police say
'Jeopardy!' super champ Amy Schneider challenged to trivia on ABC7
Show More
San Bruno jewelry store owner confronts smash-and-grabbers
EXCLUSIVE: Mom reacts to murder charge in daughter's overdose
49ers prep for 3rd meeting against Rams this season
2 cases of omicron sub-variant BA.2 detected in Santa Clara Co.
NRA sues San Jose over gun liability law
More TOP STORIES News