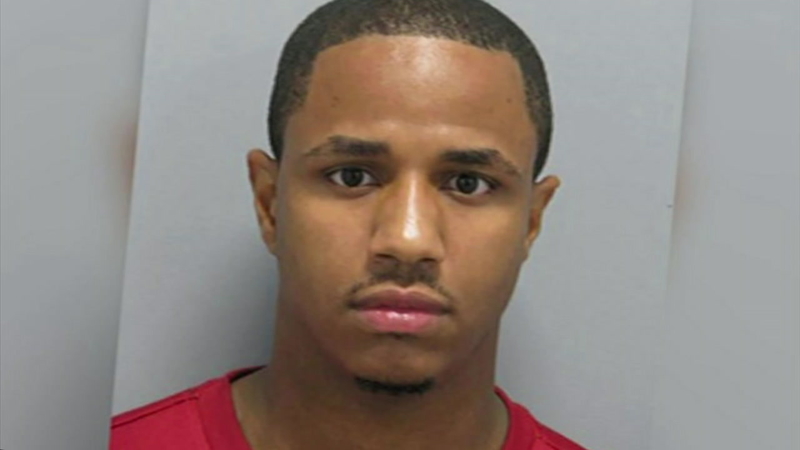 VAN NUYS, LOS ANGELES -- The man suspected of murder in New York and arrested in Los Angeles this week on a separate attempted-murder charge refused to appear in court for his arraignment on Friday.

A judge is expected to issue an extrication order to force 27-year-old Danuel Drayton to appear on Monday.

The Connecticut native was arrested in North Hollywood on Tuesday with a bound woman who was being held against her will.

He is facing charges for attempted murder, penetration with a foreign object and false imprisonment. His bail was set at $1.25 million, officials said.

Law enforcement sources said Drayton could be tied to as many as seven murders. For now, New York police allege he is responsible for killing a 29-year-old nurse inside the bedroom of her Queens home on July 17.

Samantha Stewart suffered trauma to her neck and head before her body was discovered by her father Kenneth Stewart, who questioned why police released Drayton without bail after he had been arrested for choking his girlfriend days before her murder.

"I am mourning, heart-broken, in pieces," he said. "How could they release a monster like that to be roaming the streets so dangerous?

Investigators said Drayton is believed to be using dating web sites to meet and victimize women.

"He is not going to be breathing free air again," defense attorney Doug Ridley said. "They have enough on him to lock him at this point to lock him away for the rest of his life."

Ridley is a former Ventura County prosecutor and an adjunct professor of law at Pepperdine University.

Although Drayton is already facing a murder charge in New York, Los Angeles prosecutors will have the first opportunity to convict him, according to Ridley.