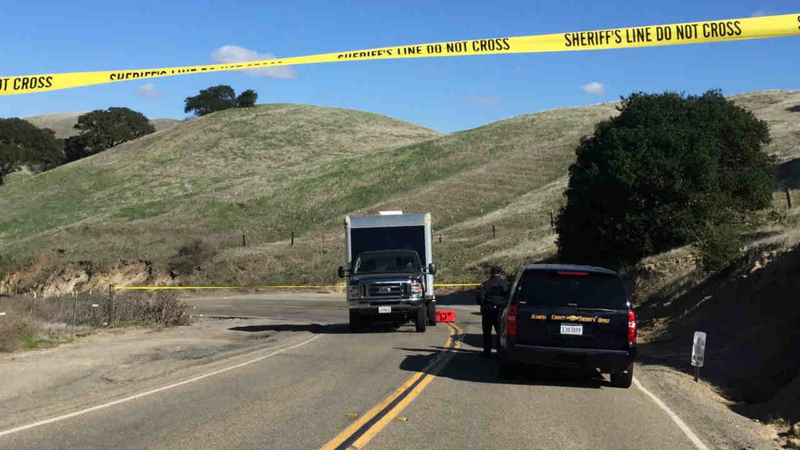 The CHP initially reported a crash was blocking Tesla Road in both directions west of the Carnegie State Vehicular Recreation Area at 2:44 a.m.

Investigators say she was left to die, bleeding from multiple stab wounds and crawling on her stomach, approximately 100 yards based on a trail of blood.

"This is just a tragic day and a tragic day for this family," said Sgt. Ray Kelly with the Alameda County Sheriff's Office.

Kelly said a motorist spotted the female victim on the ground in that area and CHP officers and Alameda County fire crews responded.

She later passed away at the hospital but before she did, she managed to tell investigators who assaulted her.

"It's very rare that you can get one of these statements and I don't know how descriptive it was but it was descriptive enough to get us to Modesto," said Sgt. Kelly.

Kelly said the fatal stabbing is "very disturbing and very concerning to us" and described it as "a particularly heinous crime."

Investigators are still looking into how the victim knew the two and whether she willingly got into a car with them or was kidnapped.

Evidence includes a piece of rope found on Tesla Road. Sgt. Kelly says it's possible it was used in some way to control the victim.

The Alameda County Sheriff's Office says they have contacted the victim's family.

"I think she showed incredible internal strength to get through this and to live for as long as she did live," said Sgt. Kelly.

ACSO not releasing any info re: who they may be talking to as they investigate