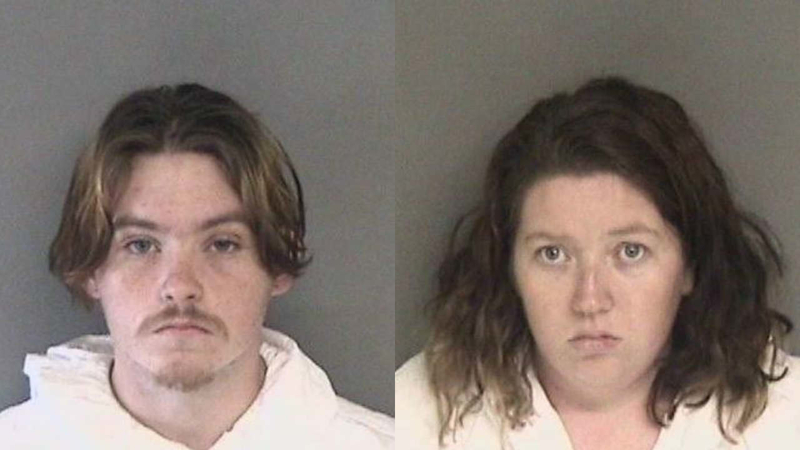 LIVERMORE, Calif. (KGO) -- A 19-year-old woman who died after she was found stabbed Monday morning along Tesla Road in Livermore has been identified by the Alameda County Sheriff's Office along with the two people suspected of killing her.

She later died at the hospital but before she did, she managed to tell investigators who assaulted her.

A 19-year-old woman who died after she was found stabbed Monday morning along Tesla Road in Livermore has been identified by the Alameda County Sheriff's Office along with the two people suspected of killing her.

Sheriff's officials say Cuesta was friends with the two suspects and got into the vehicle willingly.

"It's very rare that you can get one of these statements and I don't know how descriptive it was but it was descriptive enough to get us to Modesto," said Alameda County Sheriff's Sgt. Ray Kelly. "I think she showed incredible internal strength to get through this and to live for as long as she did live."

That information led them to arrest of Leonardo and Gross in Modesto as suspects in her death. Neighbors of the home in Modesto described the scene as police swarmed in to make the arrests. They described a girl who was very pregnant being arrested followed by Daniel Gross. One boy said a sniper team was set up in his treehouse looking down on the backyard next door.
Report a correction or typo
Related topics:
livermoremodestocrimechpmurderalameda countyhomicide investigationhomicidestabbing
Copyright © 2021 KGO-TV. All Rights Reserved.
RELATED
2 arrested after woman found stabbed in Livermore dies
TOP STORIES
A's future may be decided at Alameda Co. supervisors meeting
EXCLUSIVE: Family almost crushed to death during Sunday's storm
East Bay neighborhood upset with county after street floods
FDA panel meets to discuss vaccines for kids
Kids living with skeletal remains in Tx. relied on neighbors for food
Biggest storm in years brings flooding to Bay Area
LIVE: Track rain in Bay Area with Live Doppler 7
Show More
Toilet paper spill creates 'traffic hazard' on I-880
AccuWeather Forecast: Chance of showers today
POWER OUTAGES: More than 12K without power in Bay Area, PG&E says
Storm brings iconic Yosemite Falls roaring back to life
Hertz is buying 100K Teslas
More TOP STORIES News