Tens of thousands of people marched through downtown Oakland Saturday afternoon for the Women's March, one of hundreds happening worldwide in response to the inauguration of President Donald Trump.

OAKLAND, Calif. -- Tens of thousands of people marched through downtown Oakland Saturday afternoon for the Women's March, one of hundreds happening worldwide and across the Bay Area in response to the inauguration of President Donald Trump. 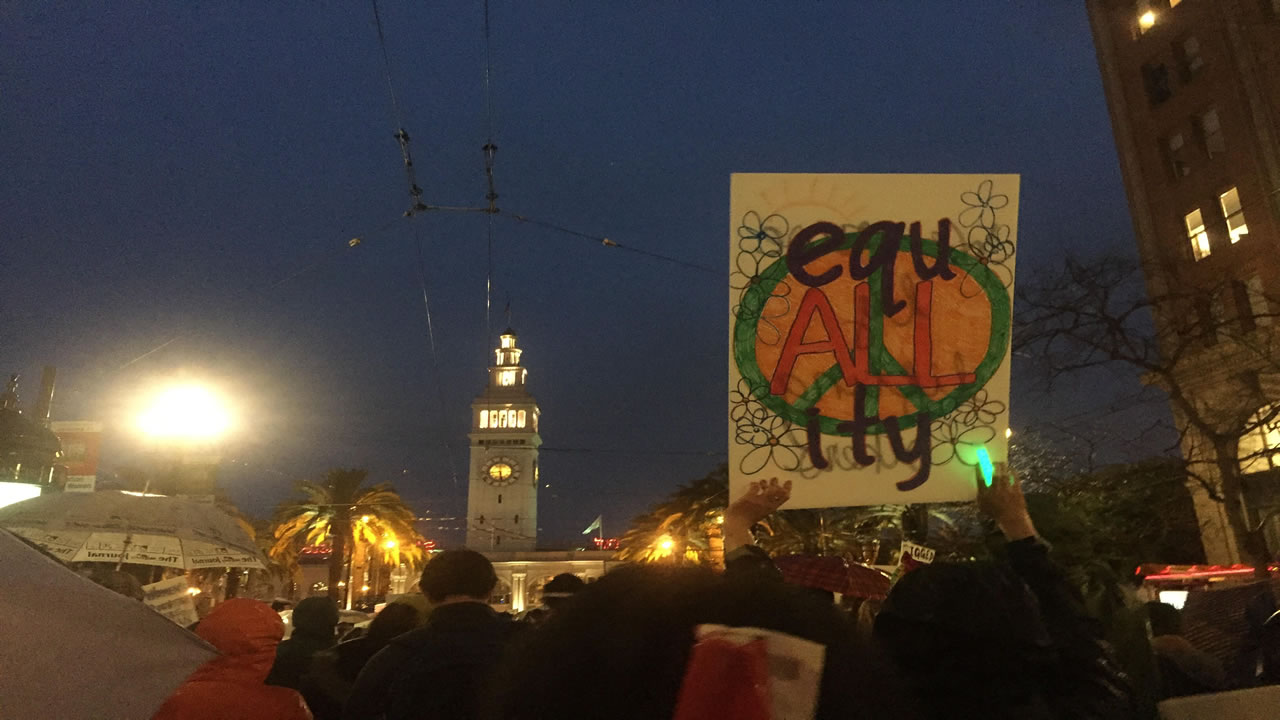 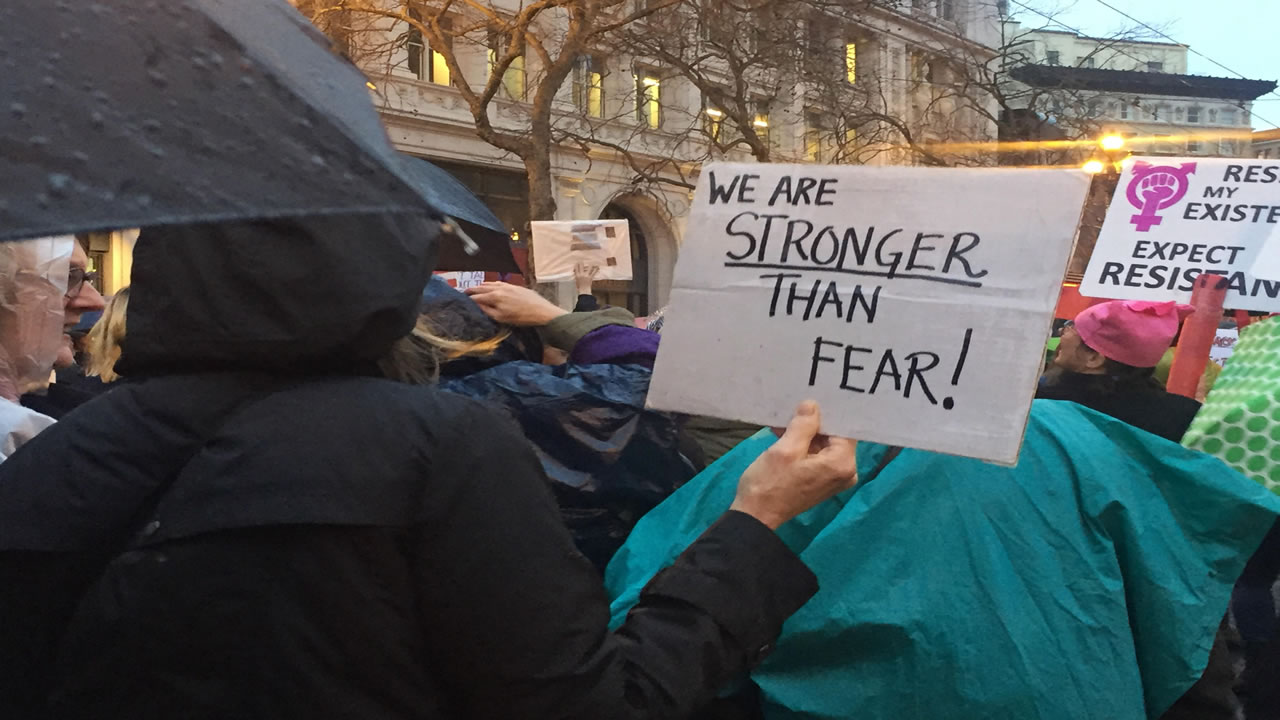 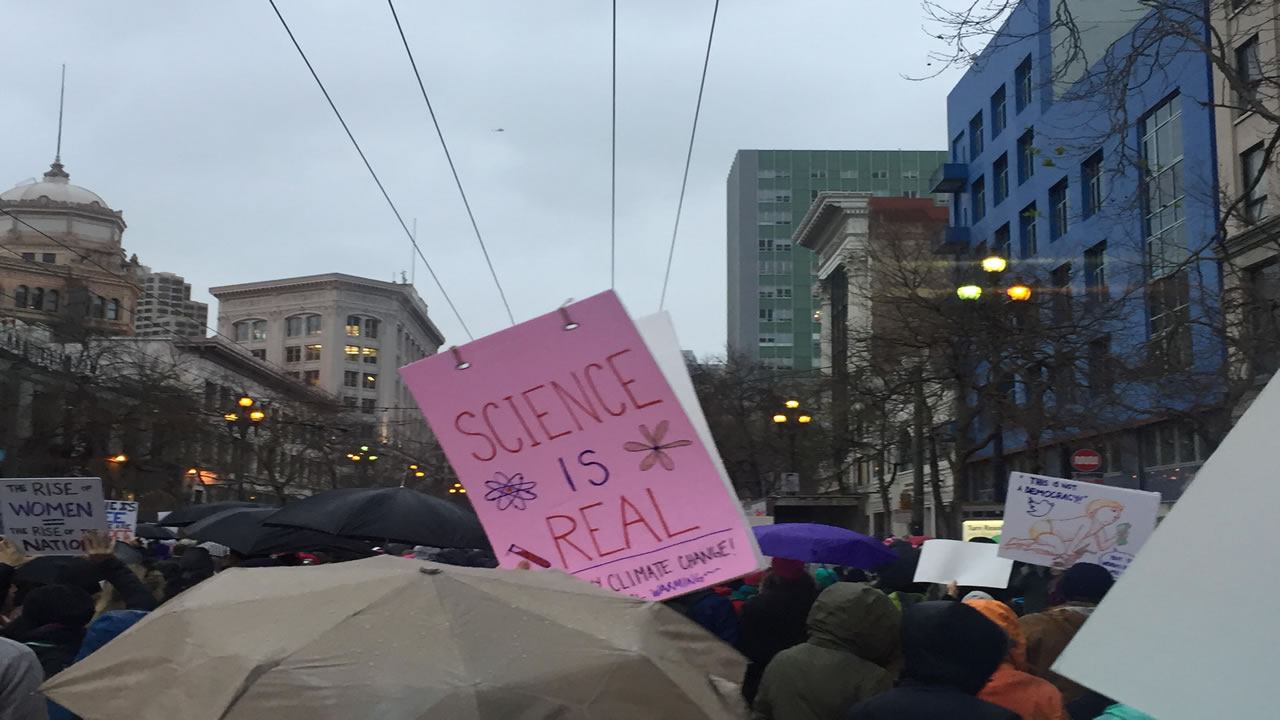 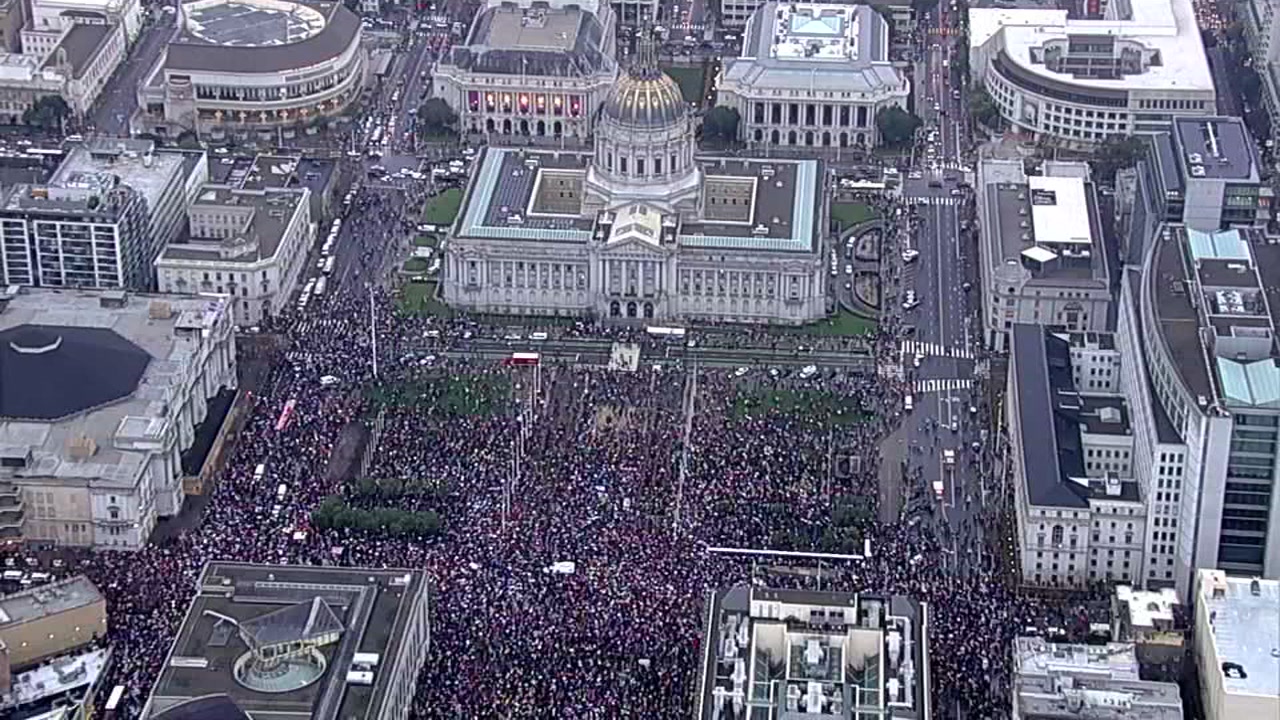 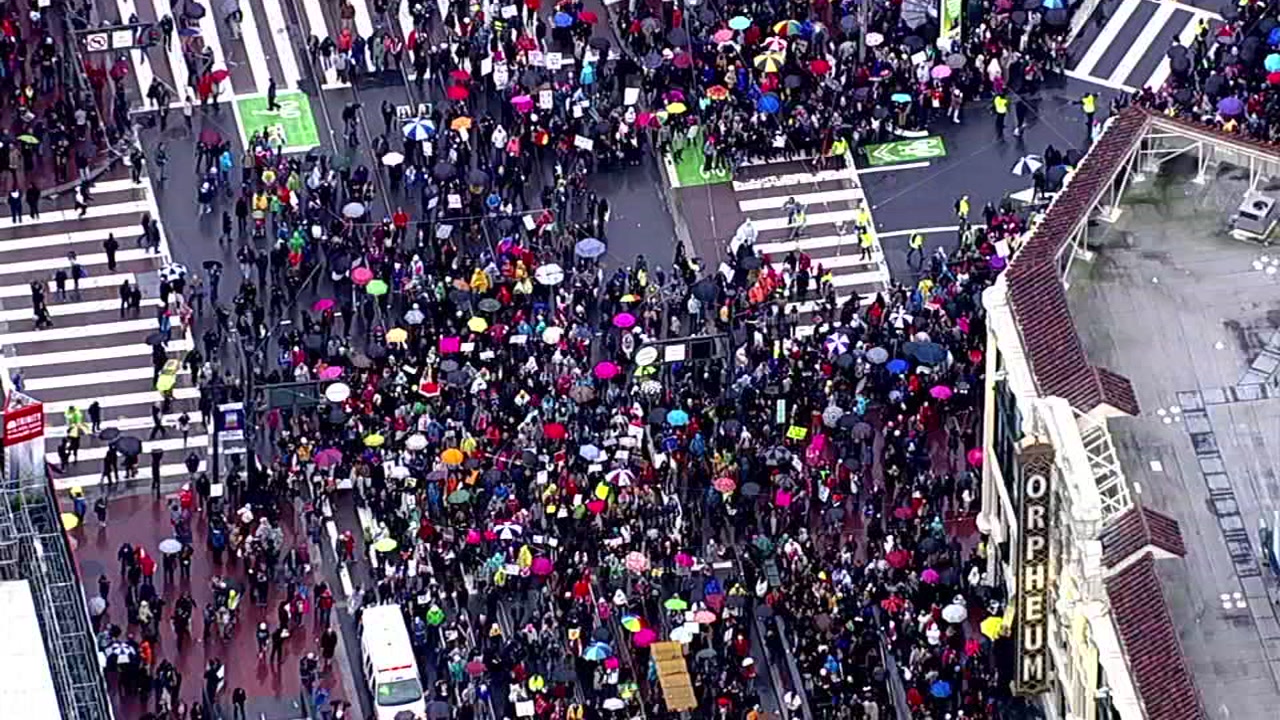 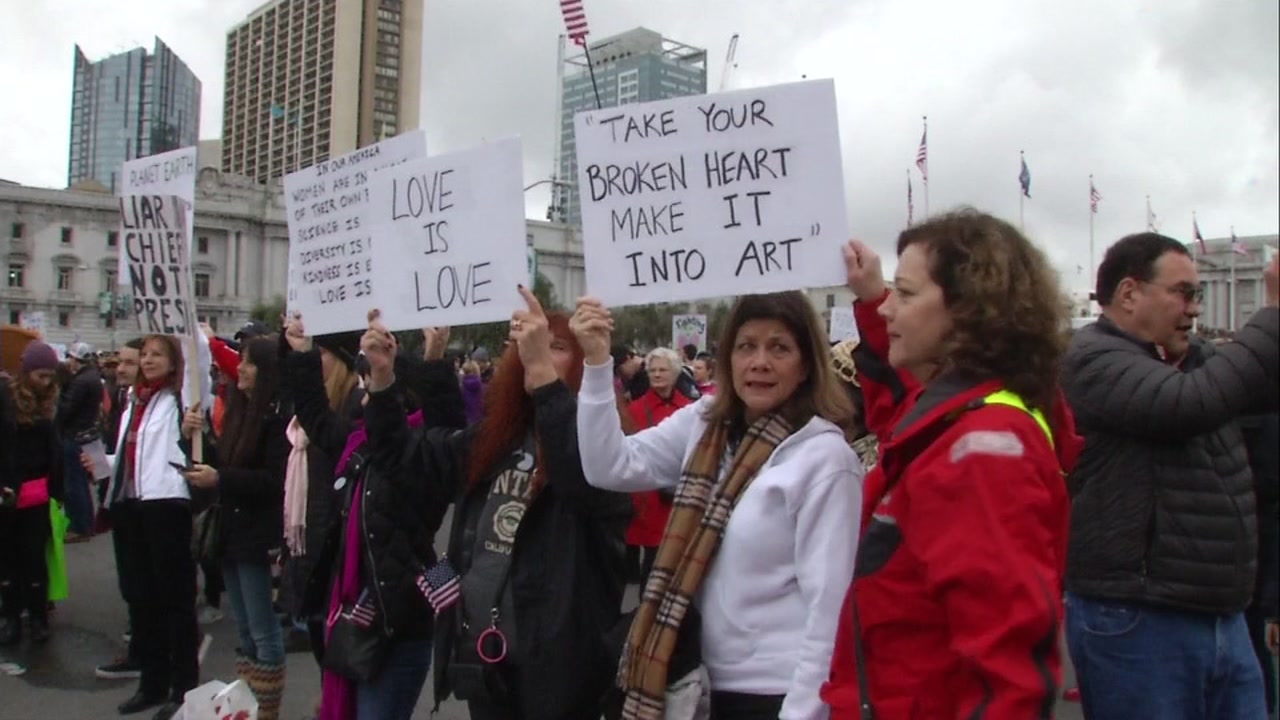 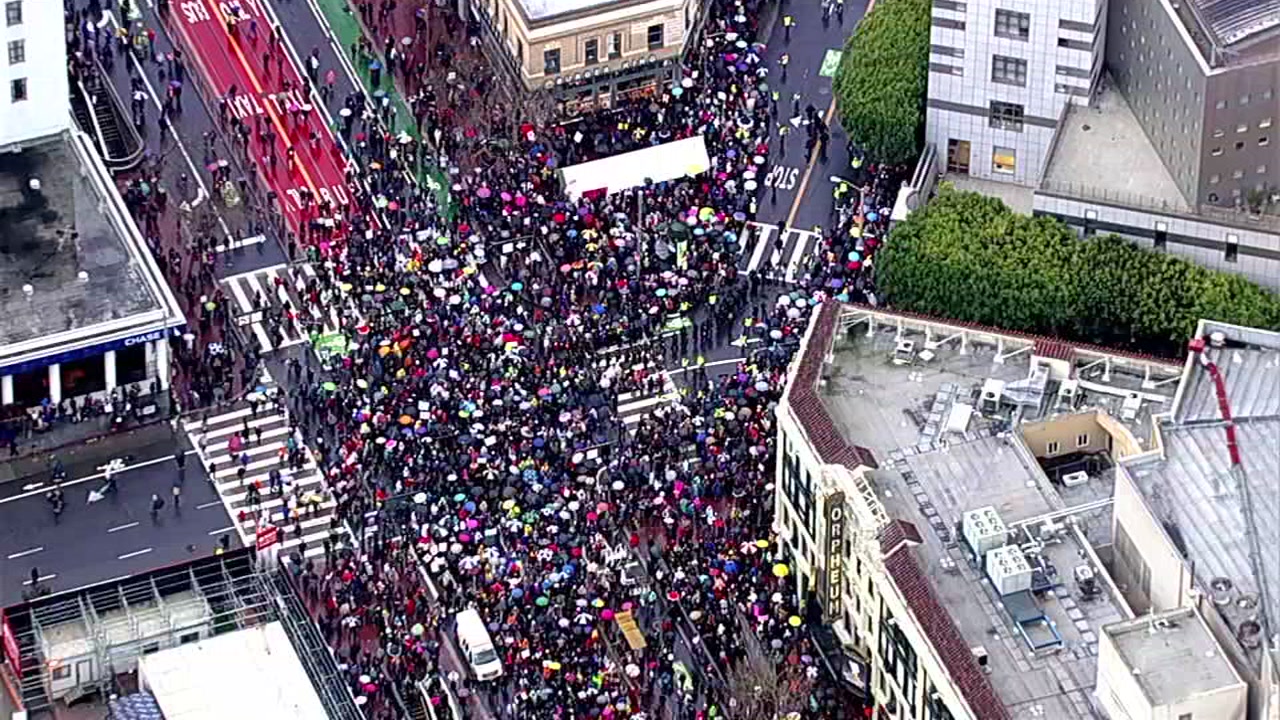 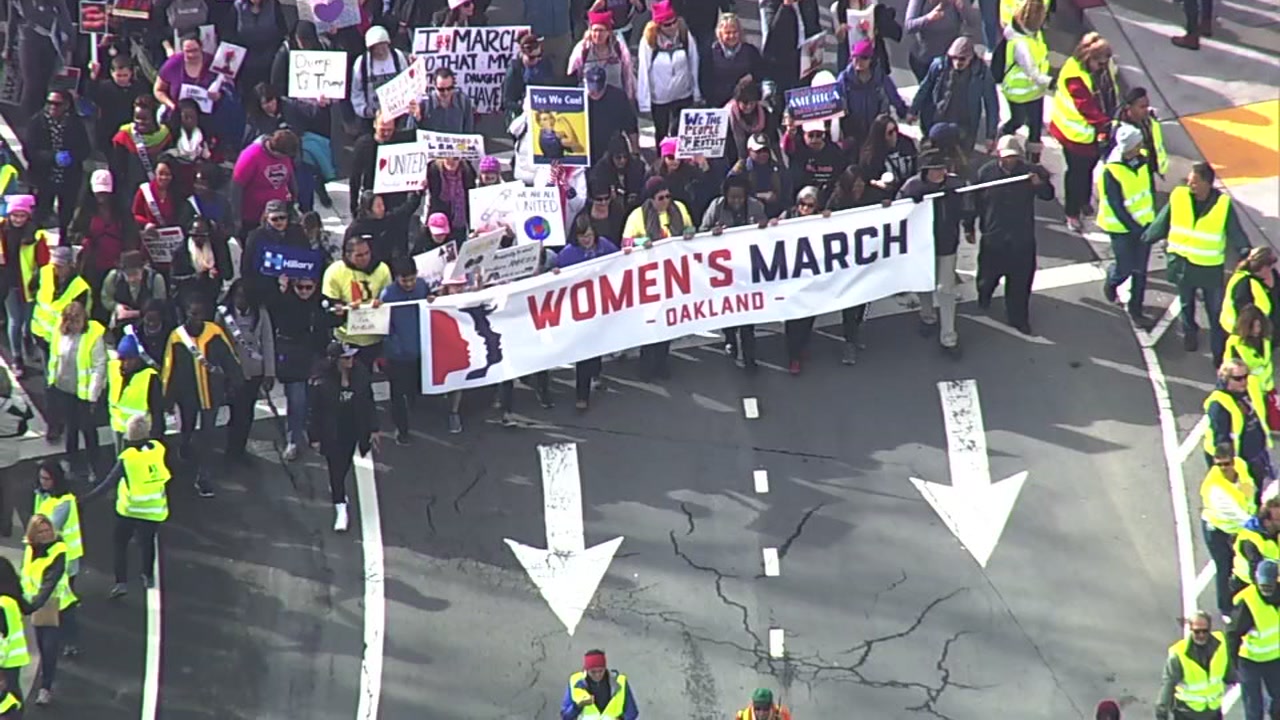 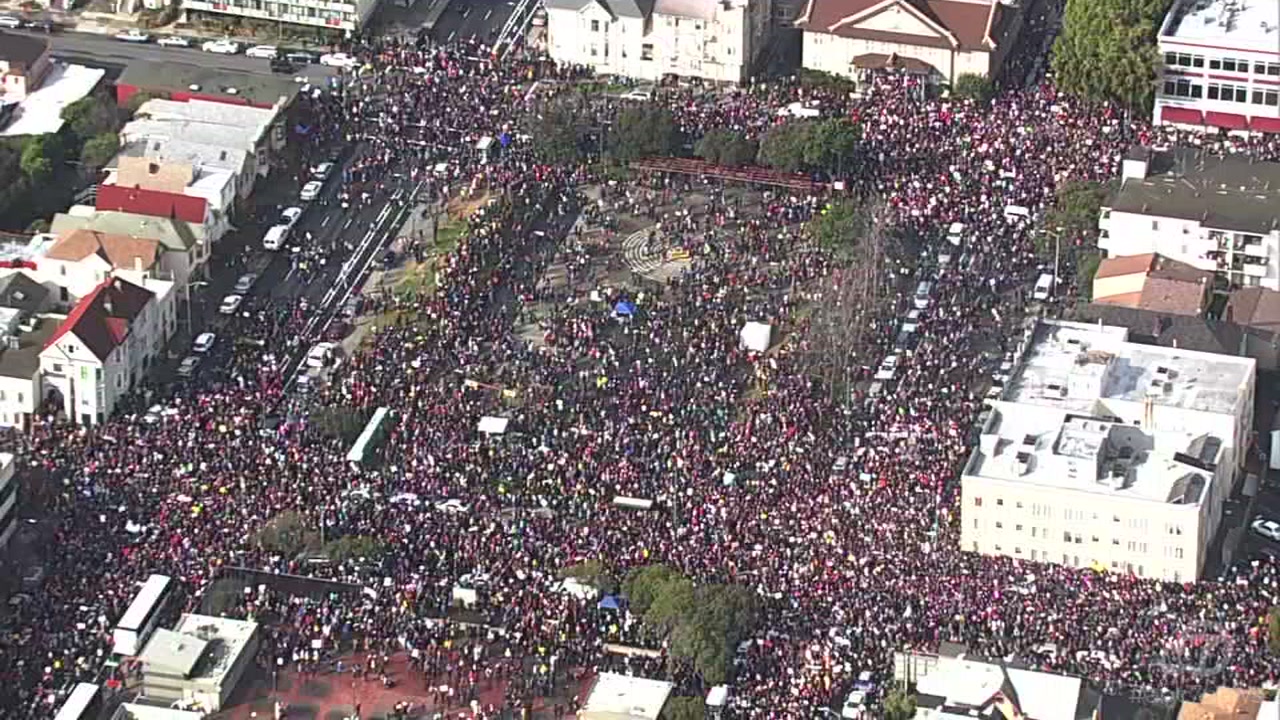 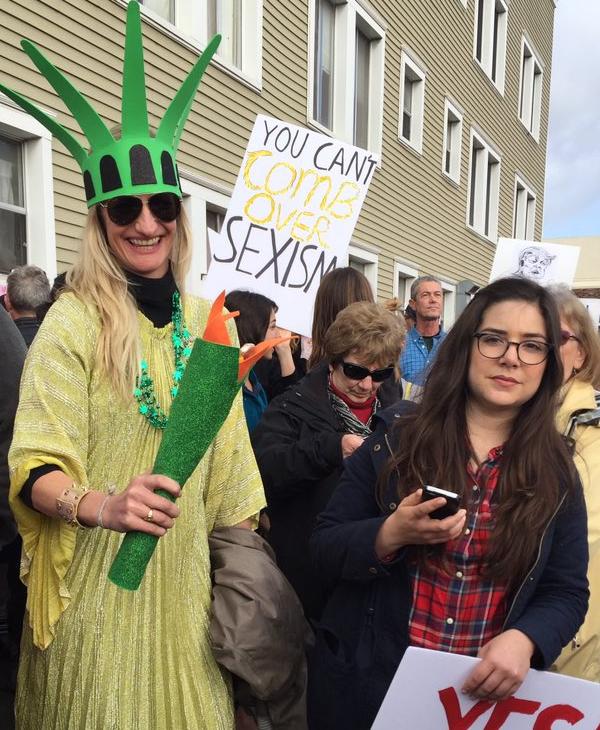 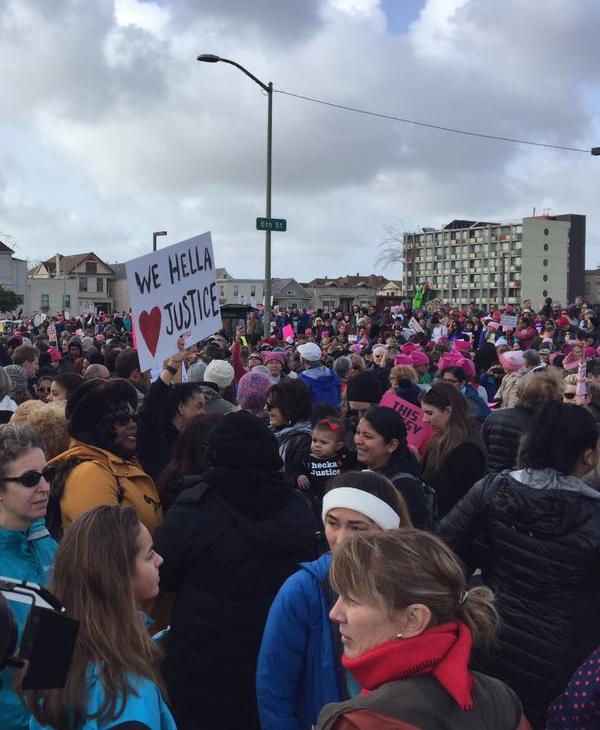 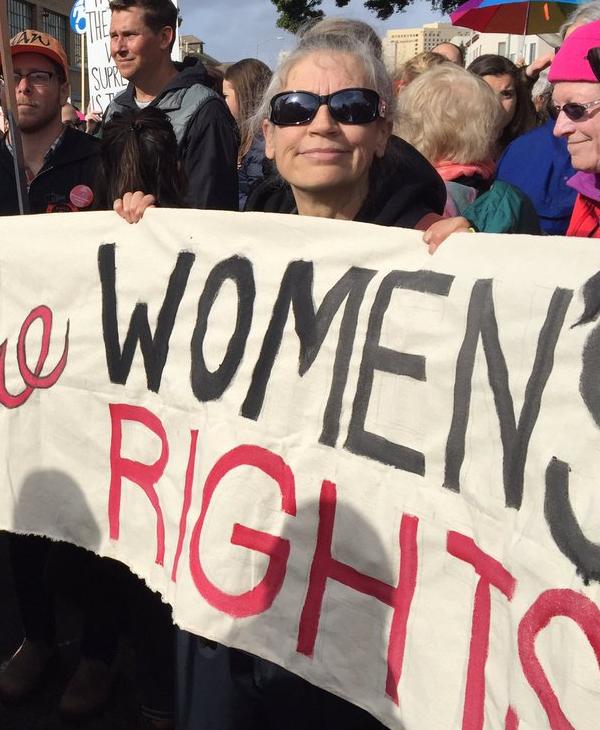 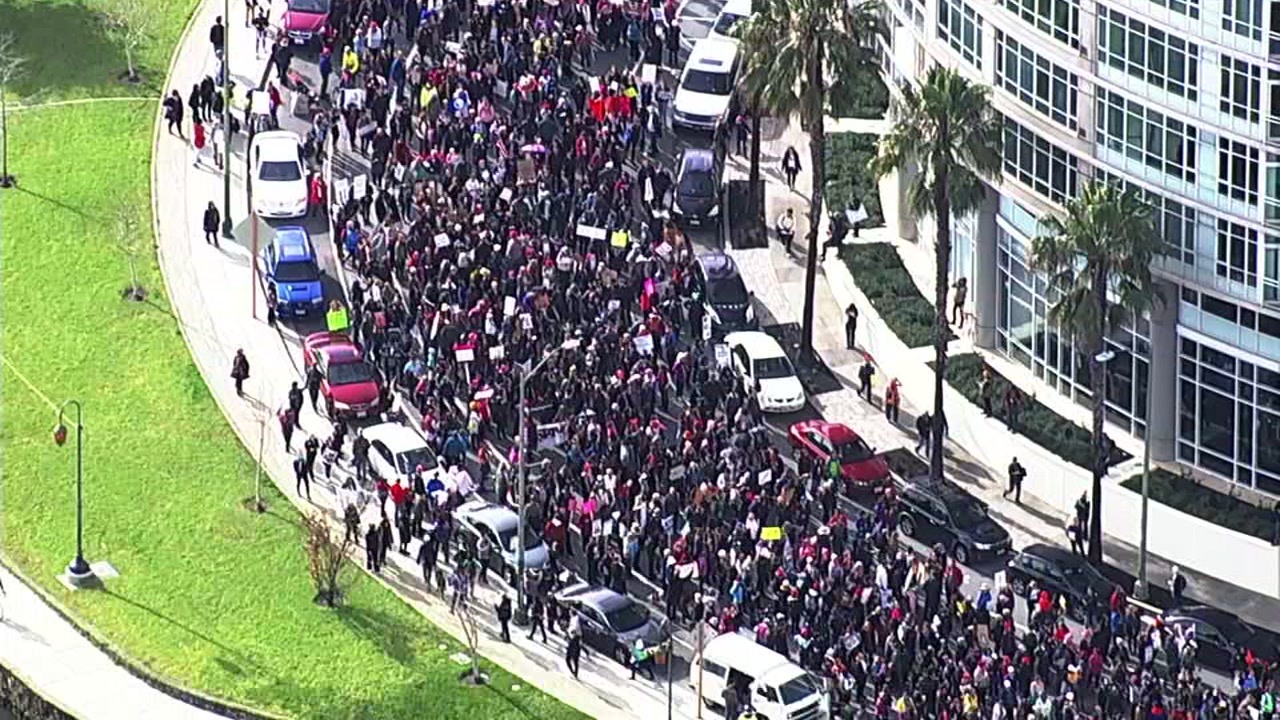 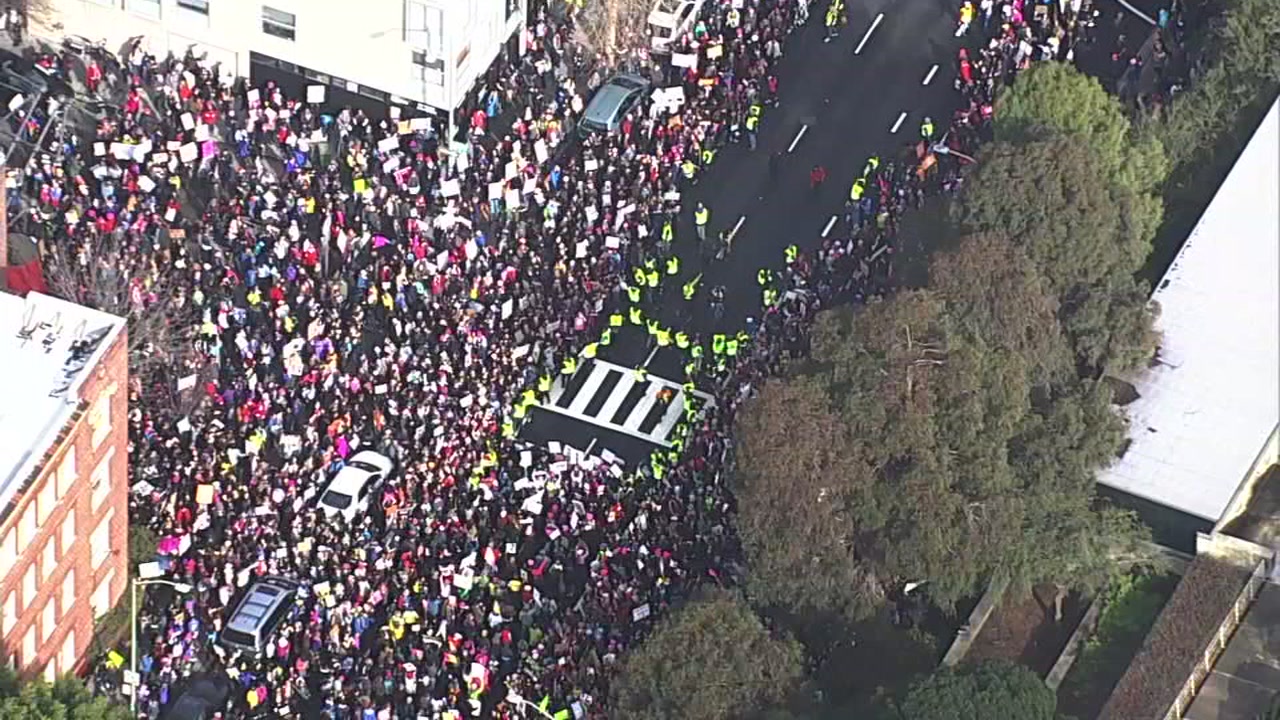 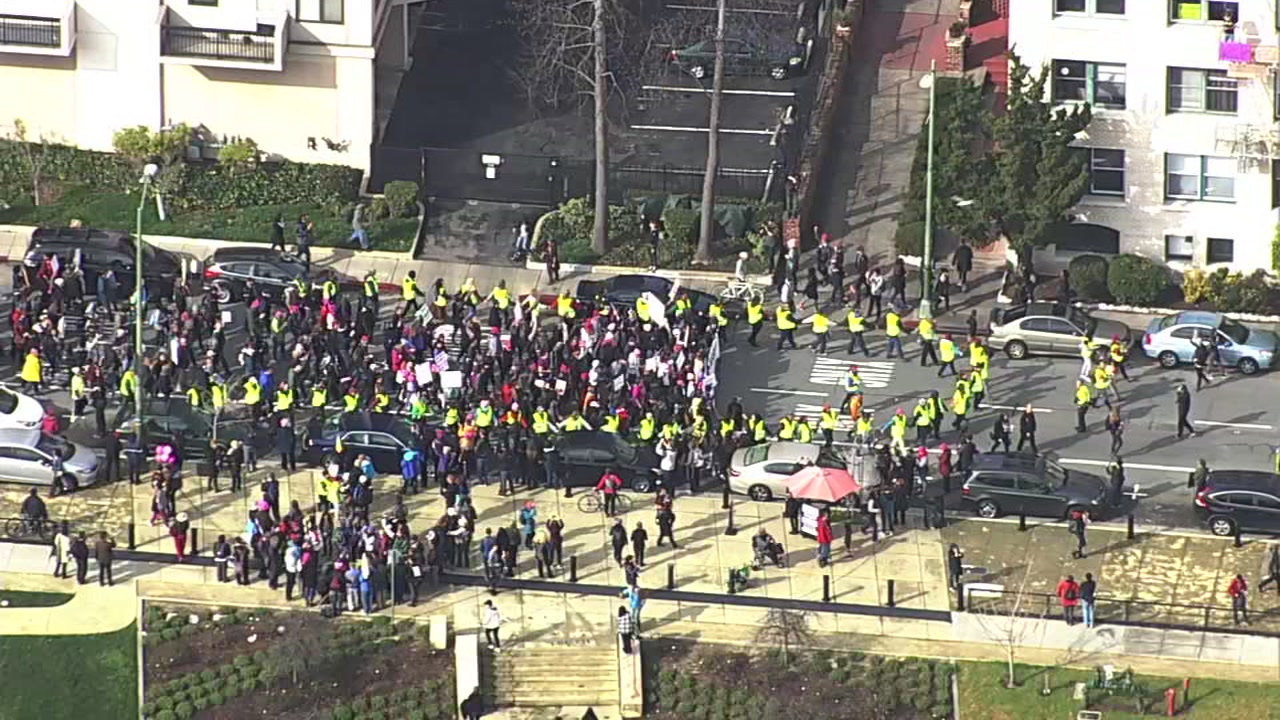 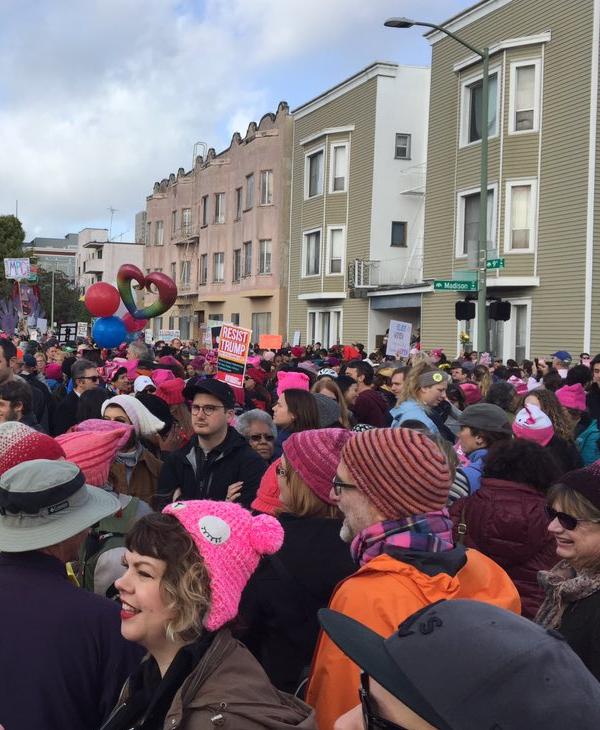 1 of 18
A large crowd gathered in front of City Hall in San Francisco, Calif. for the Women's March on Saturday, January 21, 2017. (Tess Stevens)
Tess Stevens

The crowd stretched blocks and blocks through Oakland, encompassing the entire western shore of Lake Merritt, from Grand Avenue to Broadway and all the way to Frank Ogawa Plaza. The California Highway Patrol and the city of Oakland estimated the crowd at 60,000. The march in Oakland is one of several across the Bay Area.

Organizers called for an event in Washington, D.C., as a show of unity in the wake of the election of Trump in November. Officials in Washington estimated there was 500,000 people participating in the march there.

After sporadic rain Friday drenched Bay Area protests of Trump's inauguration, the clouds parted Saturday morning as marchers began to gather at the Lake Merritt BART station at about 10 a.m. Despite running extra long trains, BART had delays coming into Lake Merritt because of the extremely crowded station.

While there were many men in the diverse crowd, a significant majority of attendees were women and girls who carried signs with messages like, "women's rights are human rights" and "hear me roar."

Marchers showed up to support a variety of issues they feel are threatened by the Trump Administration in addition to women's rights, such as immigration, the environment, racial issues and economic justice. As the march began, a brass band blared "hit me with your best shot."

Kai Gelphman of Santa Rosa stood waiting for her niece in the plaza above the Lake Merritt BART station this morning with a sign that said, "74,074,037 people are speaking up!" referencing the number of people who voted for a candidate other than Trump, including Hillary Clinton and Jill Stein.

"I'm really so impressed that so many people turned out," she said. "I think it makes a powerful statement."

Police are reporting heavy traffic in the downtown area and have asked residents to use alternate routes and to avoid parking in the area due to limited spaces.

Also, the CHP closed the Oak Street off-ramp on northbound Interstate Highway 880 in Oakland Saturday morning due to large crowds. They're also advising drivers to use alternate routes. 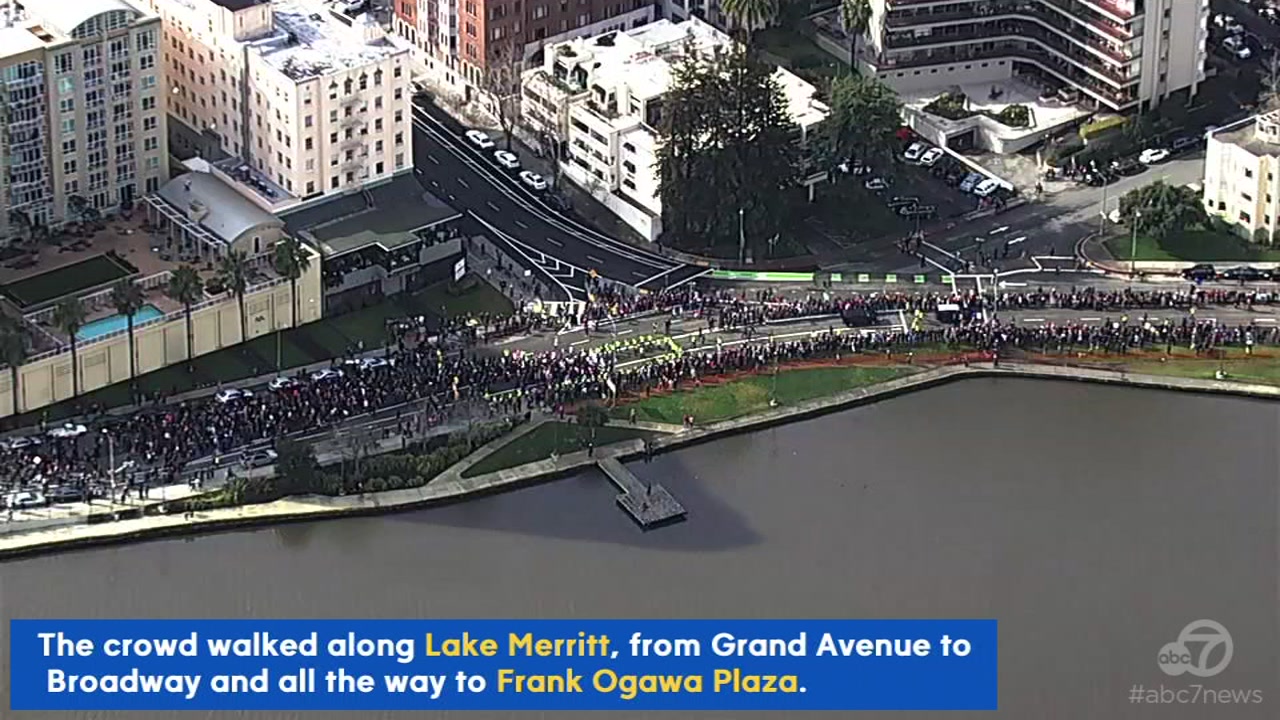 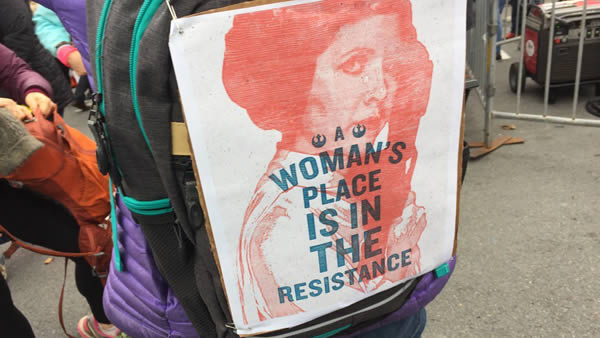 PHOTOS: Women's Marches around the country and the world