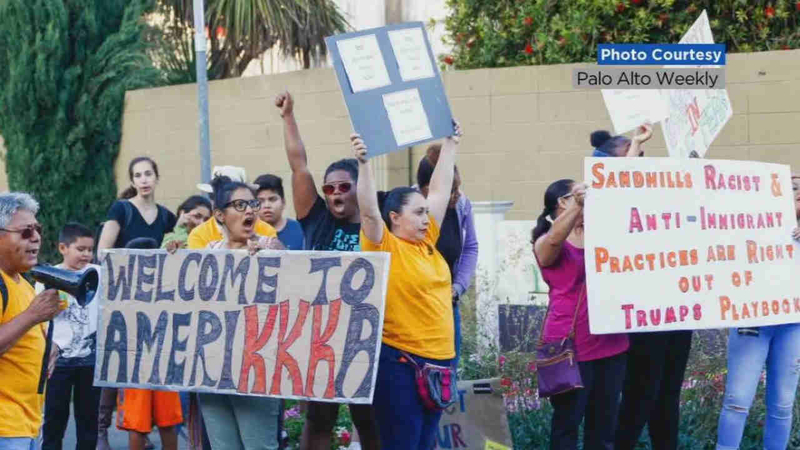 Neighbors of East Palo Alto's largest affordable apartment complex claim they were forced to provided I.D. to pay for October rent. Many say the new policy not only caused major inconvenience, but also intimidation among the complex's immigrant population. Watch at 11p. #abc7now pic.twitter.com/widnyKGeQS

Neighbors of the city's largest affordable apartment complex claimed the policy forced them to provide I.D. to pay for October rent. Many say the move not only caused a major inconvenience, but also intimidation among the complex's large immigrant population.

"I'm old school," long-time resident, Lasunda Ford said. "I want to see the person I'm giving my money to, and I definitely want my receipt."

While the policy caused a lot of frustration for Ford, it also created fear among the large immigrant population in the complex.

Larson said intimidation was not the intent of the policy. Instead, he said the focus has always been tenants' safety.

"We take our tenants' privacy and safety seriously, and there have been previous attempts to access tenants' private information," Marko Tulcanaza said in a statement released Tuesday. Tulcanaza is the Senior Business Manager of Alliance Residential, the property manager of Woodland Park Apartments.

Private information that Larson with Sand Hill Property Co. said could be found on printed receipts.

"No it's not! I can show you my receipt," Ford said. "You know what a receipt looks like right? It just has the amount you paid, the balance- no it's not."

Others told ABC7 News the policy's implementation was the right move for management.

Lena Ruiz said, "I myself am an immigrant, but when it comes to safety, it definitely makes sense that the management would like to do something like that."

A letter Laron shared with ABC7 News read, "Woodland Park Communities, the owner of Woodland Park Apartments, and Alliance Residential, the Woodland Park property manager, announced today in a letter to residents that they have temporarily suspended their recently implemented privacy policy."