Steal of a price: Man finds World Series tickets on StubHub for $9 each 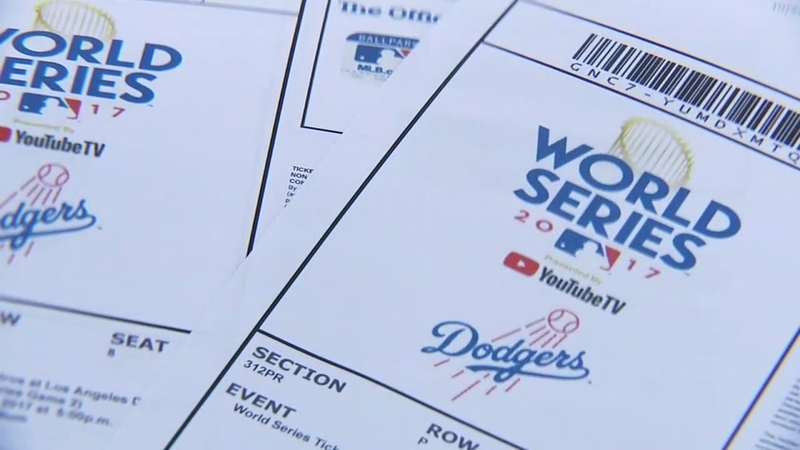 Man finds World Series tickets on StubHub for $9 each

LOS ANGELES -- The deal was a little too good to be true, but for one lucky baseball fan, a once-in-a-lifetime trip to the World Series only cost him $9.08.

Jordan Benedict was on StubHub searching for tickets to Game 2 between the Houston Astros and the Los Angeles Dodgers when he spotted the unbelievable offer.

For less than $10 apiece, he found two seats to watch history in the making.

"Since this was such an insane deal, I felt the need to reach out to StubHub customer service," Benedict said in a post on Facebook. "They were beyond accommodating and informed me that they would unfortunately be refunding my tickets and giving them back to the seller so they can repost them at the appropriate price."


To be so close to the World Series only to have those tickets snatched away had to be disappointing. But then, something amazing happened, Benedict said.

StubHub contacted Benedict and said since he was able to find those World Series tickets at such an unprecedented price, they'd honor the deal.

RELATED: What Houston was like the last time the Astros went to the World Series in 2005

"They were going to honor the purchase price and give me two tickets in a similar area of the stadium," Benedict wrote.

Benedict said he and a friend will be watching Game 2 together for less than $20. Now that's what we'd call a home run!