ONLY ON ABC7News.com: Bay Area man trapped in Yemen searches for way to leave 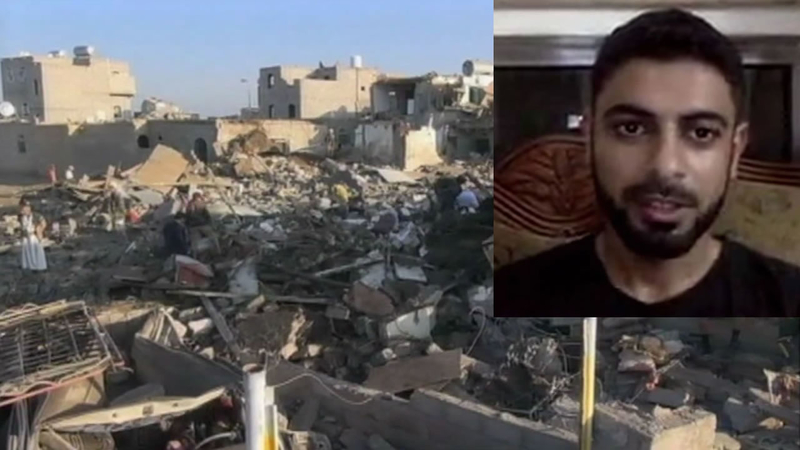 ONLY ON ABC7News.com: Bay Area man trapped in Yemen searches for way to leave

A Bay Area man is desperate to escape a war torn country, but efforts to leave Yemen, where fighting has escalated, has put him in grave danger.

Mokhtar Alkhanshali worries he's been left behind as fierce bombing escalates in Yemen. He needs to find a way out and his family is pleading for help from the United States.

Alkhanshali says Yemen is a country under siege. He Skyped briefly from the capitol of Sana'a, where Saudi-led air strikes against Houthi rebels have put him in danger.

"The amount of devastation has really scared me," he said. "I got really desperate."

The 26-year-old San Franciscan is in Yemen working on a project with coffee farmers. He's helping them improve production and trade skills.

Alkhanshali has been warned to leave. He set out on a seven hour journey Monday from Sana'a to the port city of Aden where he hoped to board a ship that was reportedly taking U.S. citizens. When he arrived, he says an armed militia group stopped him.

"They assumed I was a Houthi rebel," he said. "They literally yanked me and my friends out of the car, blindfolded us and threw us in the back of a truck."

The group let them go, but refused to let them board the ship.

Alkhanshali's brother Wallead Khanshali, a student at University of California Davis, says he's very worried about his brother and the U.S. State Department is not doing enough to help its citizens stuck in Yemen

"The U.S. government has taken no initiative to pull people out, despite their being three Navy ships close-by," Khanshali said.

Alkhanshali feels abandoned, but will keep trying to find a way out of Yemen.