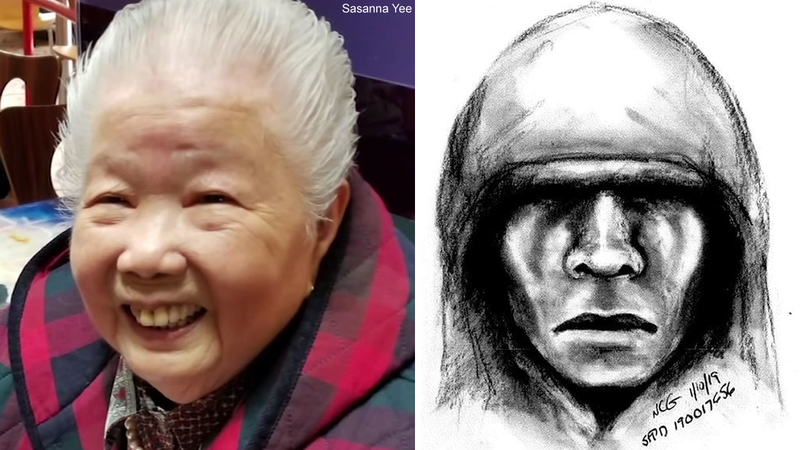 SAN FRANCISCO (KGO) -- A suspect sketch has been released in connection with the attack on an 88-year-old great-grandmother. Police say Yik Oi Huang was on her morning walk last Tuesday when she was beaten unconscious and left for dead at a playground in San Francisco's Visitacion Valley.

According to Yee, her grandmother is in critical condition and on life support at San Francisco General Hospital.

"When we visit her every day, it's joyous to see the little twitches, signs of life." 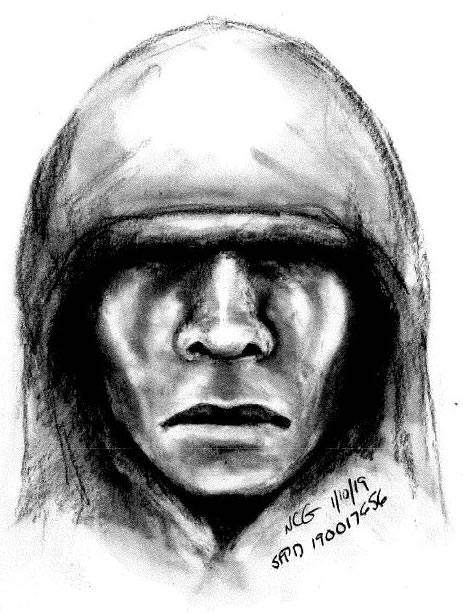 A sketch was released on Tuesday, Jan. 15, 2019 of a man suspected in the attack of Yik Oi Huang in San Francisco.

But because her grandmother's face is shattered, along with a broken spine, hand and ribs, she can't hug or kiss her, so she organized a vigil on Sunday to send her healing thoughts and positivity.

Investigators believe the unknown suspect attacked the victim in the park and then entered her home across the street before fleeing the area. The suspect is described as a black male in his thirties, approximately 5'6" tall with a skinny build.

No arrests have been made, but investigators have been reviewing video from the neighborhood and speaking to witnesses.

The San Francisco Police Officers Association is offering a $10,000 reward for the arrest and conviction whoever assaulted Huang.

And Yee has organized a fundraiser to raise money to increase the reward or to help with her grandmother's medical bills if no reward is collected.