Park officials say there has been another huge rock fall on El Capitan in Yosemite National Park which has prompted a road closure and injuries to hikers and visitors.

YOSEMITE NATIONAL PARK -- A second massive rock fall has hit Yosemite National Park on Thursday, a day after a slab dropped from El Capitan, killing a British climber and injuring a second.

Ken Yager, president and founder of the Yosemite Climbing Association, said he witnessed the most recent rock fall that appeared to be "substantially bigger" than the earlier one.

Driving past the base of the iconic El Capitan rock formation, Yager said he saw the dust cloud and emergency workers rushing to the scene. Images posted on social media showed a large dust cloud spreading across Yosemite Valley.

The massive granite slab that fell Wednesday from the iconic El Capitan rock formation in Yosemite National Park and killed a British climber, who was identified as 32-year-old Andrew Foster of Wales, was a rare event - but only because the rock fall turned deadly, longtime climbers said Thursday.

Rocks at the world-renowned park's climbing routes break loose and crash down about 80 times a year. The elite climbers who flock to the park using ropes and their fingertips to defy death as they scale sheer cliff faces know the risk but also know it's rare to get hit and killed by the rocks.

"It's a lot like a lightning strike," said Alex Honnold, who made history June 3 for being the first to climb El Capitan alone and without ropes. "Sometimes geology just happens."

The last time a climber was killed by a rock falling at Yosemite was in 2013, when a Montana climber fell after a rock dislodged and sliced his climbing rope. It was preceded by a 1999 rock fall that crushed a climber from Colorado. Park officials say rock falls overall have killed 16 people since 1857 and injured more than 100.

The British man and his female companion were hiking at the bottom of El Capitan far from trails used by most Yosemite visitors in preparation for an ascent when the chunk of granite about 12 stories tall broke free and plunged, said park ranger and spokesman Scott Gediman. He died, she was seriously injured and authorities did not identify them Thursday pending notification of their relatives.

The slab itself was about 130 feet (40 meters) tall and 65 feet (19 meters) wide and fell from the popular "Waterfall Route" on the East Buttress of El Capitan, Gediman said.

Yosemite geologist Greg Stock said the rock fall was not caused by climbers, who wedge climbing gear into rock cracks so they can loop ropes to support their weight and the cliff-side tents they use for El Capitan climbs that generally take several days.

While the cause of the rock fall will never be known, Stock said the break was probably caused by the expansion and contraction of the monolith's granite as it heats up during the summer and gets cold and more brittle in the winter.

"The rock fall itself is nothing unusual," he said. "We have had larger rock falls occur in the Valley this year."

The deadly rock fall happened during the peak fall season for climbing El Capitan, when climbers from around the world converge at Yosemite because of warm weather and long climbing days.

Climber John DeGrazio had just guided a group to the top of the Half Dome rock formation a few miles (kilometers) away when he saw large clouds of dust rising into the air near El Capitan. At least 30 climbers were on the wall of the 7,569-foot (2,307 meter) formation when the rock fell.

"I've seen smaller avalanches and smaller falls before where you would just see a tiny dust cloud, this was covering a good portion of the rock in front of us," said DeGrazio, of YExplore Yosemite Adventures, who has led climbers in Yosemite Park for 12 years.

Ken Yager, president and founder of the Yosemite Climbing Association, the rock that broke away "cratered and sent stuff mushrooming out in all directions."

Zabrok said he saw a rescuer lowered by helicopter and thinks he saved a survivor. He later saw rescuers moving someone on a litter.

The effort to save the two "was done at tremendous peril to the rescuers because there were three subsequent rock falls that were all nearly as big and would have killed anybody at the base," he said.

Gediman, the park spokesman, said the rock fall was among seven that happened in the same general area during a four-hour period. Rescuers found no other victims.

Officials had no immediate estimate for how much the big rock weighed but Gediman said all of the rock falls combined on Wednesday weighed 1,300 tons (1,100 metric tons).

Climber Kevin Jorgeson saw a massive rock fall in the same area while preparing for a 2015 climb of El Capitan. It was preceded by a rumble and followed by a white dust cloud. 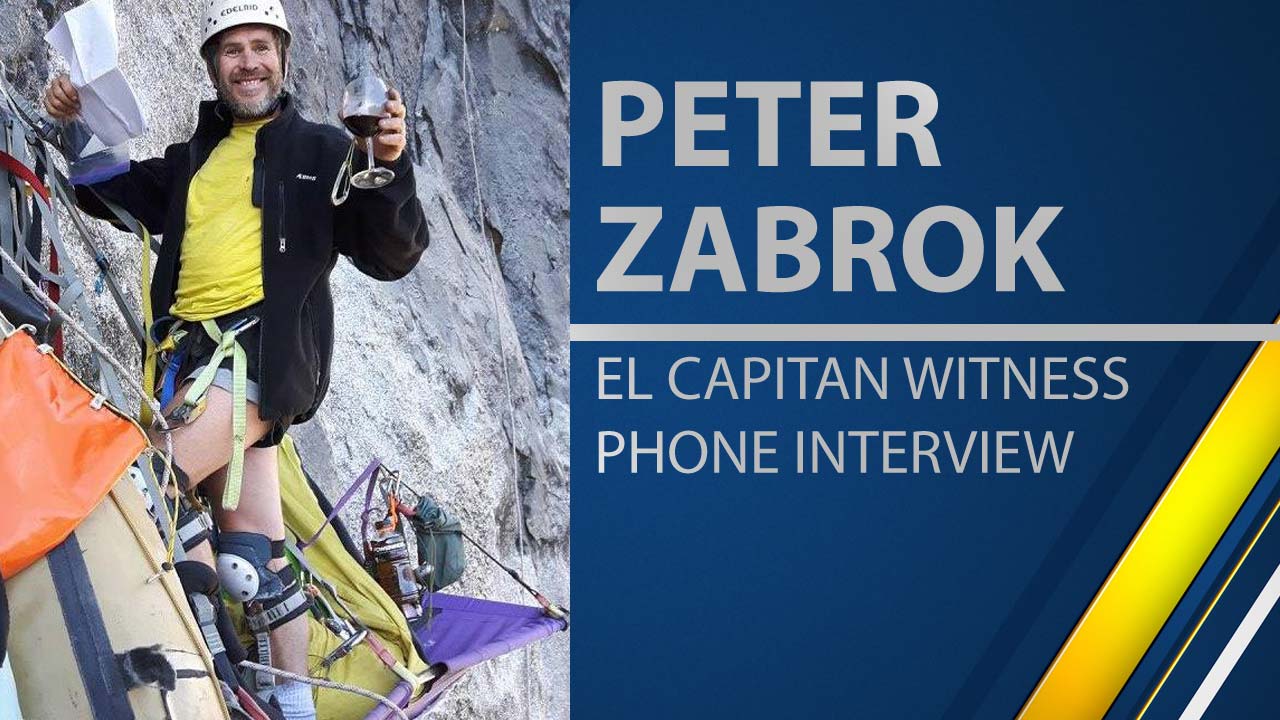