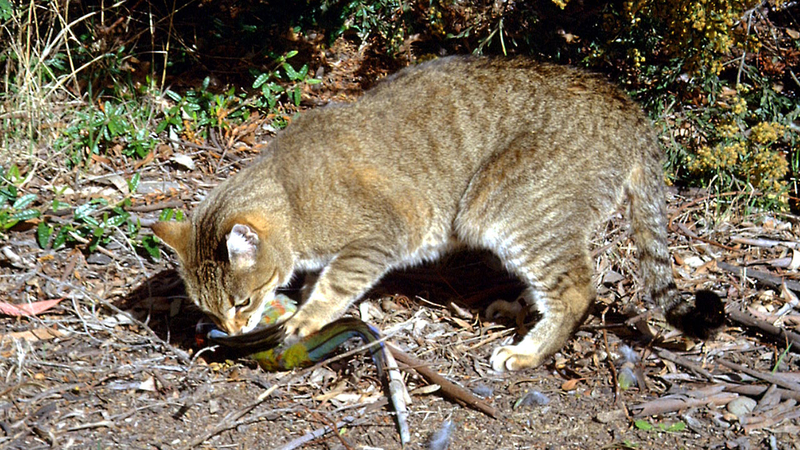 Australia's federal government is once again in the spotlight for a years-old plan to cull 2 million feral cats by 2020, this time after details emerged about the reported use of poison-laced sausages to reduce the island's wild cat population.

Modern feral cats are the same species as domesticated house cats, but they hunt and survive in the wild without human contact. Scientists have linked the large cat population's predatory behaviors with the decline and, in some cases, the extinction of more than two dozen of Australia's native species.

European colonizers are believed to have first brought cats to the island in the 17th century, and feral colonies had developed around the country by the end of the 19th century. Feral cat populations have since grown exponentially, and the cats are now found in all but one of the country's ecological regions, according to government data.

Feral cats currently directly threaten the survival of more than 100 species, including the bilby, bandicoot, bettong and numbat, the Australian government estimates. The population has grown so large that that feral cats kill 316 million birds and 596 million reptiles across the country each year, the Australian Wildlife Conservancy estimates.

That plan would be considered a success if the government could document that it culled 2 million feral cats by 2020, among other benchmarks. The government laid out a series of methods to carry out the cull like developing and deploying a lethal cat bait, trapping feral cats, and establishing feral cat-free areas, among others.

It has predictably proven controversial -- some scientists dispute the science behind the cull while animal-rights advocates worry that the cull could inadvertently kill pet cats -- but the government has stood firm in its stance that the cull will ultimately be beneficial to the country's ecology.

"Australia has drawn a line in the sand on the loss of native wildlife. The Australian public and conservation community supports our approach; we cannot tolerate the damage feral cats are doing to our wildlife anymore," Gregory Andrews, the country's threatened species commissioner, wrote in October 2015 in response to criticism of the cull.

Years after the cull was announced, it is again making news in 2019 following a New York Times article detailing a plan to airdrop dozens of poisoned kangaroo and chicken sausages in areas known to have large feral cats populations.

Government scientists have dropped more than 500,000 of the poison-laced sausages in a month, the Times reported, and the scientist who developed the recipe told the newspaper that he based the taste on the supermarket food that his own cats eat.