KGO
By Alexa Thompson for Babble 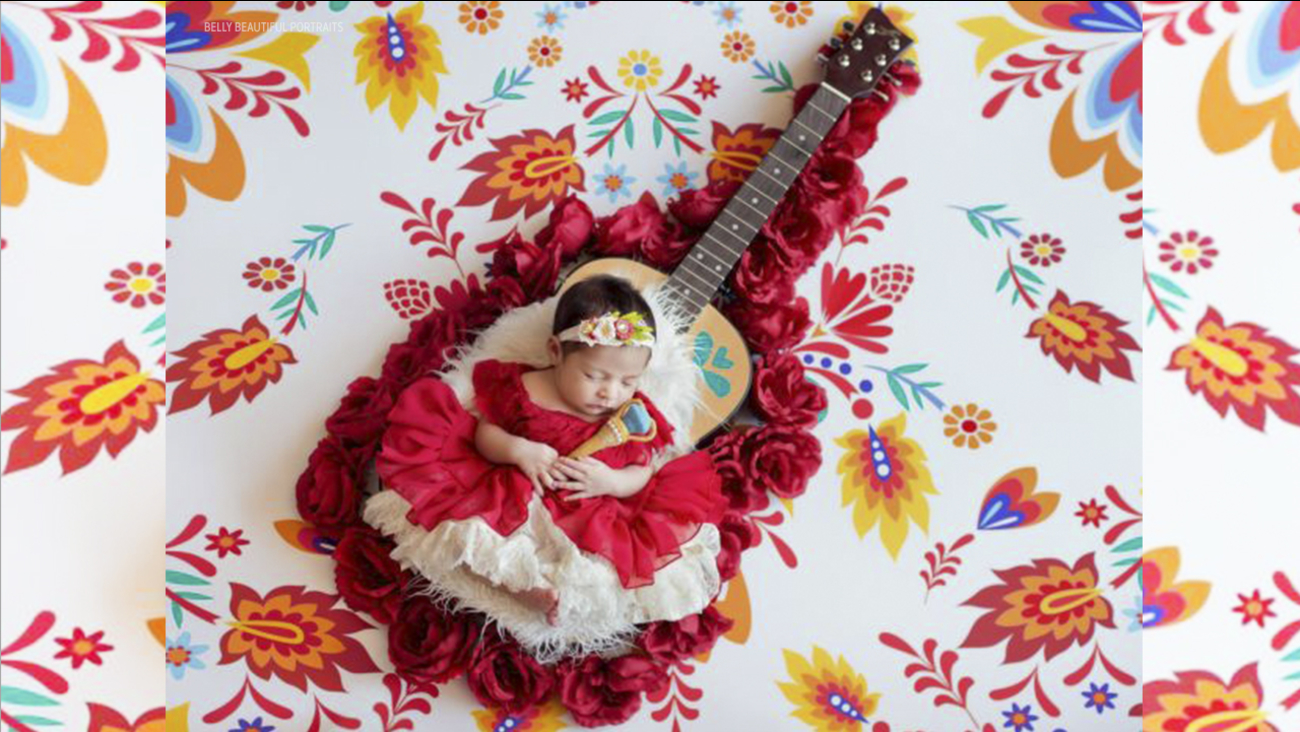 From the mom who brought us the sweet Disney Princess babies in a photo shoot that went viral last month, a whole new set of babies are getting the Cinderella treatment!

Photographer and mom-of-three Karen Marie of Belly Beautiful Portraits is back and has worked her magic on six new babies, transforming them into Rapunzel, Mulan, Elena, Tiana, Pocahontas, and Moana.

Featuring dresses from Sew Trendy Accessories, wool characters from WooleyDreams, and props designed by herself and her staff, Marie, 36, created ethereal photographs in her Belly Beautiful Portraits studio, bringing us back to some of our favorite Disney classics.

While Marie had always planned to shoot all of the Disney Princesses (she originally wanted to do 12 at once, but quickly realized that would be nearly impossible), she tells Babble that her success with the first shoot - which reached millions in a video on Babble - convinced her not to procrastinate on the rest.

The first video of the Disney Princess babies received over 16M views and featured Cinderella, Sleeping Beauty, Snow White, Belle, and Ariel. Marie was excited to watch her success literally grow by the minute, and says her family was equally as proud.

"They think I am famous now," Marie tells Babble. "My husband acted like he had to back off autograph seekers at a restaurant, and the kids got a kick out of that."

And her family members aren't the only ones loving these princess photo shoots; the parents of the babies are equally thrilled. "The parents' reactions are always the best part for me," Marie explains. "You can see the absolute purity in a mother's loving eyes."

Marie of course had tons of fun dressing up these adorable babies as mini princesses, but she says her overall favorite was definitely Moana.

Having spent time in Hawaii, Marie feels a special connection to the island life portrayed in the film. She tells Babble that she learned the word "Ohana" in Hawaii, and it has stuck with her ever since.

"It's about how family and the friends that become family and the important people in your life will never be left behind or forgotten," says Marie. "It kind of hints at the goodness that connects us all and how that is never lost."

"She always wanted me to be happy by being myself," Marie recalls. "When she passed, I was with her and have felt her with me ever since. Just as Moana's grandmother did. I can't watch the movie without crying!"

Marie hopes that other people will be able to find a connection to these characters as well. "I know that these tales tap into real emotion in me, and I hope my images help people remember those feelings."

And as much joy as these cuties have brought us so far, Marie isn't stopping here. She tells Babble she has even more Disney Princess babies in the works.

Just like Moana, there's no telling how far this photographer will go!