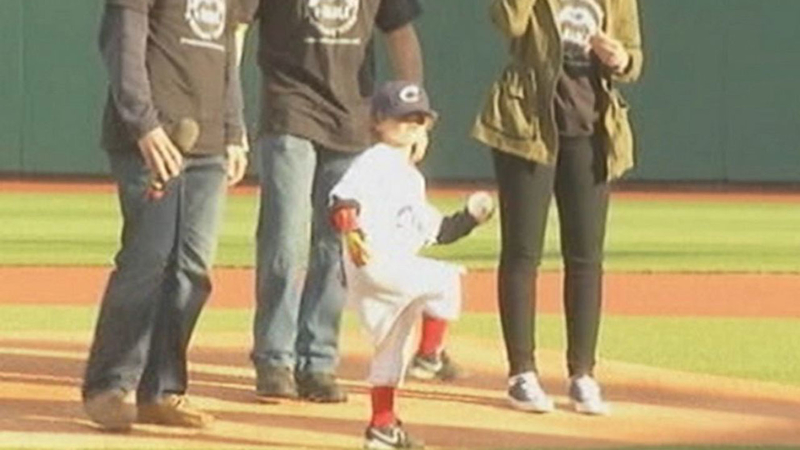 Five-year-old Jack Carder got to throw out the first pitch at a Columbus Clippers game Tuesday, but that's not even the coolest thing that's happened to him this week.

Jack, an Avengers fan and aspiring superhero, was born with one thumb and no fingers on his right hand, according to WSYX-ABC 6.

This week Jack got a new 3-D printed hand that looks just like Iron Man's. The hand even has a 'laser' on the palm with glow-in-the-dark accents just like Tony Stark's uniform, NEWS10 ABC reports.

It was created for him after his mom reached out to ENABLE, a group of college students in Albany, New York, who create cool 3-D printed hands for kids.