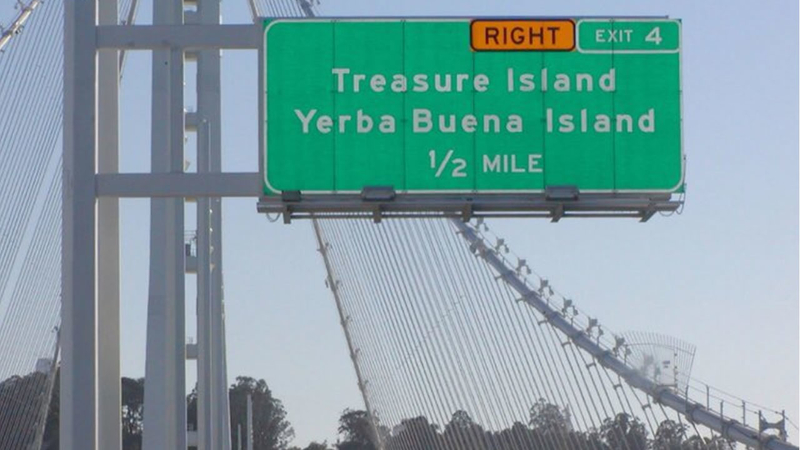 A look at the worst commutes in the Bay Area

SAN FRANCISCO (KGO) -- The Bay Area's traffic congestion is lousy, but you already know that. It's the second worse commute in the country after Los Angeles. Today the Metropolitan Transportation Commission put out its top ten list of most congested freeways along with recommendations to avoid getting stuck in traffic.

Here are the top 10 worst commutes:

The Metropolitan Transportation Commission's new data found since 2010, the amount of time the average commuter spends in congestion each weekday has increased by more than 80 percent.
San Jose Mayor Sam Liccardo says he won't advocate for lane expansions.

"We can't build lanes fast enough and we certainly don't have the dollars," said Liccardo

Those on the commission are reviewing other options to try to alleviate the traffic congestion like expanding BART, putting in more high-occupancy toll lanes known as hot lanes and possibly creating new bus lanes.

"Maybe look at express bus lanes so the buses aren't sitting in the same traffic as the cars and so people will start saying well I need to move over there," explained Scott Haggerty, Vice Chairman of the Commission.

We heard from commuters on what they would do to ease traffic.

Tamika Alford says start with Lyft and Uber cars. "I would limit the cars that they have in certain cities," she said.

"We need to get them to know that somebody they work with is not a bad person and they can't get into the car with them and go ahead and right to work with them too," expressed Haggerty.

The bad and the ugly... there is no good. The top 10 Bay Area Freeway locations with most traffic congestion. @MTCBATA pic.twitter.com/XK9bmjQdA4

For the 4th year in a row U.S. 101, northbound/Interstate 80, eastbound from Cesar Chavez to Treasure Island tunnel is the most congested section of freeway in the Bay Area. pic.twitter.com/iEIU3mxAe5