OTRC
LOS ANGELES -- Heads up music fans, a gigantic mural has been erected in one of the nation's largest cities to honor a legendary pop icon: Britney Spears.

Renowned artist Rob Prior painted the larger-than-life piece to honor the songstress as part of "the ultimate fan experience" at The Zone in Los Angeles. The pop-up will allow fans to experience the singer's decades long career with plenty of interactive experiences.

Prior not only wanted to pay homage to Spears, but he also aimed to "put on a show" for all the fans following the making of this mural. However, it wasn't such an easy task 20 feet in the air.

"It's as dangerous, I guess, as you make it. Anything could happen," Prior said.

From beginning to end, the mural took two weeks to complete, and was even delayed due to weather challenges.


Prior described the mural as "a blend of street art and art in general."

The artist designed the massive mural to capture the entirety of Spears' career--from her iconic "I'm a Slave 4 U" look to imagery from her more recent "Piece of Me" residency in Las Vegas. Prior hopes that when people see the mural, they feel as though it is "a representation of [Spears]."

"The biggest compliment would be for her to go, 'cool.'"

The Zone is a one-of-a-kind exhibit with 10 interactive rooms based on Spears' most memorable music videos. The exhibit is expected to open at the end of January and people can get tickets at britneythezone.com.
Report a correction or typo
Related topics:
arts & entertainmentbritney spears
Copyright © 2021 OnTheRedCarpet.com. All Rights Reserved.
BRITNEY SPEARS 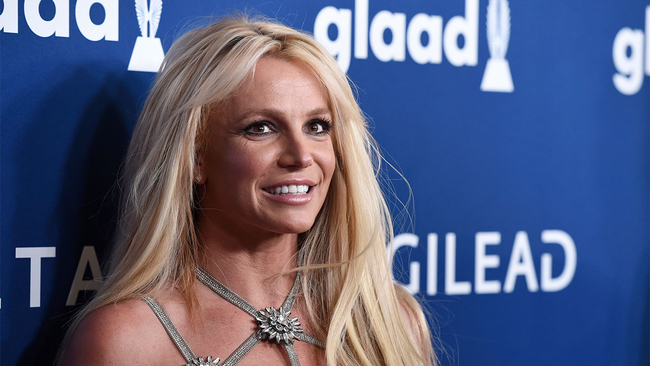 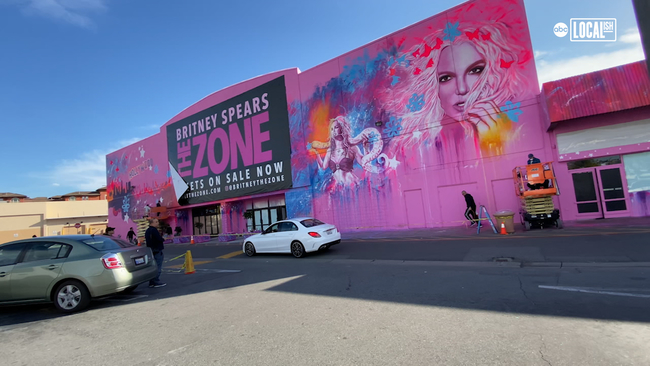 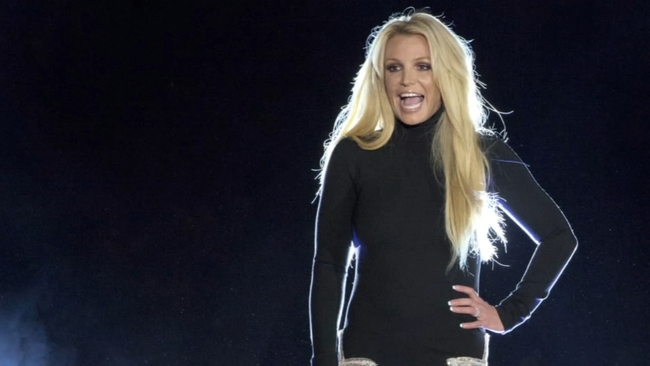