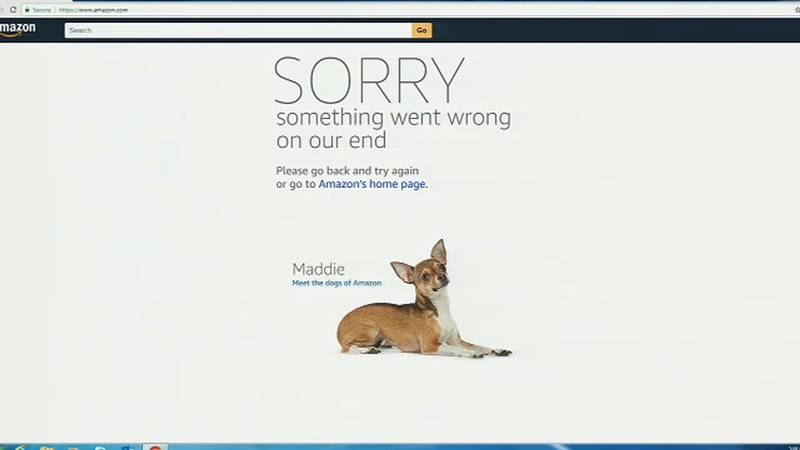 Despite major issues with Amazon's website yesterday, Prime Day sales are way up over last year. That's according to e-commerce tracking site Feedvisor.

The software company says sales in the first 12 hours of the event were up 89 percent compared to the same time period in 2017.

Traffic to Amazon.com after launch on Monday crashed the site. Many customers saw photos of dogs, which is the company's standard error message.

Prime Day will run until midnight Pacific Time on Tuesday.

Last year, the made-up event generated about a billion dollars in sales.

Ford has agreed to pay almost $300 million in lawsuits over airbags in its vehicles.
Owners sued and argued that Ford's use of Takata airbags cut the value of their cars.

The settlement must still get court approval. It will cover about six million customers.

The Takata airbags have been involved in almost two dozen deadly accidents.

All other Water Pik flossers and toothbrushes are not impacted.

If you have the Sonic Fusion toothbrush, stop using it and contact Water Pik for a return. For more information about this recall, click here.