"Without having this formula, his life is at risk, and we need Abbott and the FDA to understand that this is unacceptable."
KGO
By Stephanie Sierra 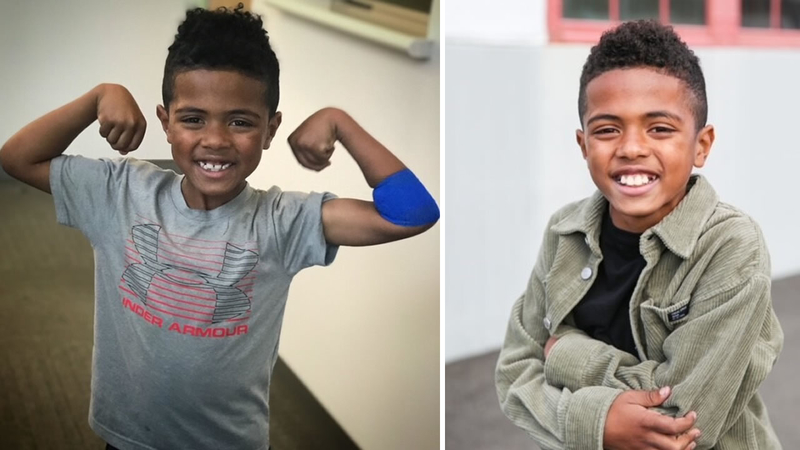 Bay Area boy running out of life-saving formula amid shortage

SAN FRANCISCO (KGO) -- The shutdown of a baby formula manufacturing facility could have potentially deadly consequences for thousands of patients who can't access their life-saving products.

9-year-old Carter Coleman from Walnut Creek is one of them.

At four days old, Coleman was diagnosed with a rare metabolic disorder also known as "Maple Syrup Urine Disease" or MSUD that prohibits people from properly processing the protein that's found in our foods. If untreated, the disease can lead to neurological damage, coma, and in some severe cases, even death.

"Without having this formula his life is at risk," said Carter's mom, Jordann Coleman.

Coleman has been relying on a special medical food formula that is only produced at Abbott's Sturgis, Michigan manufacturing plant. The facility has been closed since February and Carter is running out.

"I'm just crossing down to the day where we're not going to have anything," Coleman said. "I am scared...I've always thought of his formula as our safety net."

The White House says the Food and Drug Administration is taking a number of steps to increase supply - including working with a number of infant formula manufacturers to ensure there's stock on the shelves.

But Carter's formula is considered "medical food" and it's only produced by Abbott and distributed by select pharmacies.

"I don't think there's any product left to be quite honest with you," Coleman said to ABC7's Stephanie Sierra. "Anywhere in the country."

RELATED: Baby formula shortage continues to be a problem for parents all across the country

The shortage stems from a recall of Abbott's powdered baby formula products and supply chain issues. The FDA is currently investigating the company's manufacturing facility in Sturgis, Michigan following a handful of bacterial illnesses and two infant deaths.

In a statement, FDA commissioner Robert Califf wrote: "We are doing everything in our power to ensure there is adequate product available where and when they need it."

"The FDA recognizes that many consumers have been unable to access infant formula and critical medical foods they are accustomed to using and are frustrated by their inability to do so. The agency is doing everything in its power to ensure there is adequate product available where and when they need it. This around-the-clock work has already begun to improve supply with most manufacturers, now producing at normal or expanded capacity. The FDA expects that the measures and steps it's taking with infant formula manufacturers will help to increase supply. At the same time, it is important that the FDA continue its work to ensure that Abbott can undertake safe resumption of production of infant formula at Abbott Nutrition's Sturgis, Michigan facility, to further alleviate these supply challenges, which remains an important focus. The plant remains closed as the company works to correct findings related to the processes, procedures, and conditions that the FDA observed during its inspection of the facility from January 31 - March 18, 2022, which raised concerns that powdered infant formula produced at this facility prior to the FDA's inspection carry a risk of contamination."

RELATED: Homemade baby formula could be dangerous: What parents can do amid shortage

But Jordann says information from the FDA continues to be vague about the supply for metabolic disorders. She says she's been pushing for answers for three months since the plant first shut down.

"Without having this formula, his life is at risk, and we need Abbott and the FDA to understand that this is unacceptable and that their products save lives," she told ABC7.

"What can you do to help speed up this process for families like Carters?" Sierra asked.

"I will call the FDA director directly and I'll do anything I can, this is not acceptable," said DeSaulnier. "It makes me angry."

Congressman DeSaulnier added just four companies control 50 percent of the formula market in the country - if one plant closes, the consequences can be devastating.

"This is really a warning shot across the bow and if we don't take it as a teaching moment we have to address, shame on us," Pitts told ABC7.

In the meantime, Jordann is holding out hope Carter's supply won't run out.

"Every single day that he does not have it is putting his life at risk," she said.

When will Abbott's production restart?

Abbott told ABC7 - pending FDA approval - the Michigan manufacturing plant could restart in two weeks. The plant would first begin production of Elecare, Alimentum, and metabolic formulas. But from the time the site is restarted, it will take around six to eight weeks before the product is available on the shelves.