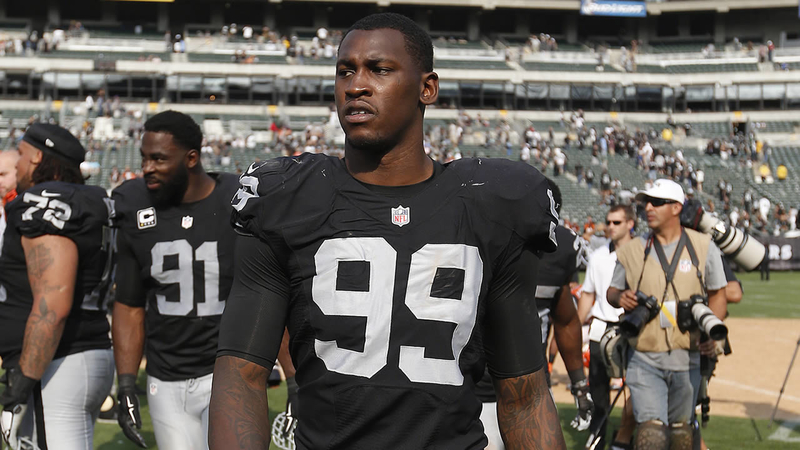 SAN FRANCISCO -- Authorities say suspended Oakland Raiders player Aldon Smith was detained in San Francisco today after an SUV he was a passenger in collided with an undercover San Francisco police car.

Smith was detained for public intoxication.

The SUV was driven by a woman who was arrested on suspicion of drunken driving. Another passenger was released at the scene.

Smith, a linebacker who technically is still on the roster of the Raiders, has played less than 20 games in the last three seasons.

The NFL had been expected to review his status this month after he received a one-year suspension for violating the league's rules on substance abuse.

Police said Smith is expected to be released when he is sober and no charges will be filed.

Kate Larsen will have the latest on this developing story at 6 p.m. on ABC7 News. Follow her on Twitter for updates.