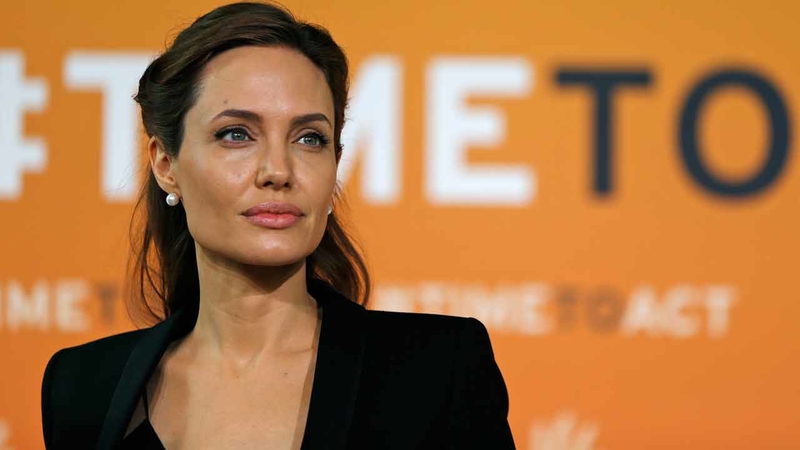 The New York Times published an op-ed piece Tuesday morning, written by the actress, telling the world she had her ovaries and fallopian tubes removed upon learning that she carried a genetic mutation, BRCA1, that increases her risk of getting ovarian cancer.

Janette Supp got the call no woman wants to take. "Your entire world, everything that you have known, is turned upside down," she said.

An educator for nearly three decades, Supp was diagnosed with ovarian cancer nearly one year ago.

"I have a 39 percent chance of living five years and I'm one year out," Supp said.

Many would say maintaining a positive attitude is a key to life. Supp finished chemo six months ago and believes she has better days ahead. "The words 'ovarian cancer' are finally coming into the public dialogue, and I really credit Angelina Jolie for that," she said.

Jolie's mother died of ovarian cancer, and her maternal grandmother also had ovarian cancer -- strong evidence of the inherited, genetic risk that led the actress to have her healthy breasts removed to try to avoid the same fate.

"It is not possible to remove all risk, and the fact is I remain prone to cancer. I feel feminine, and grounded in the choices I am making for myself and my family. I know my children will never have to say, 'Mom died of ovarian cancer,'" Jolie said in the op-ed.

"Because there's not much awareness and it's not talked about very often, it's in some ways more important for those folks to be able to have a place where they can connect and share their story," support group leader Amy Goldsbury said.

Rob Tufel serves as the Executive Director of Cancer Carepoint. His team is encouraged by Jolie's message and is committed to supporting anyone local whose life is touched by cancer.

"People with strong social supports, no matter what type of illness they're dealing with, do better," Tufel said.

Supp agrees. These days, she's savoring each and every day she has with family and friends, encouraging women to get a check-up any chance they get.

"Don't second guess a symptom. Just go in and have it checked out," Supp said.

ABC7 News has more information about the genetic mutation Jolie carries from the National Cancer Institute.

On average, about 12 percent of women will develop breast cancer sometime in their lives.

About 1.4 percent of women will develop ovarian cancer.

For more information about the BRCA1 and BRCA2 genes and how doctors test for them, click here.

Cancer CAREpoint provides personalized support services for anyone in Silicon Valley whose life is touched by cancer.