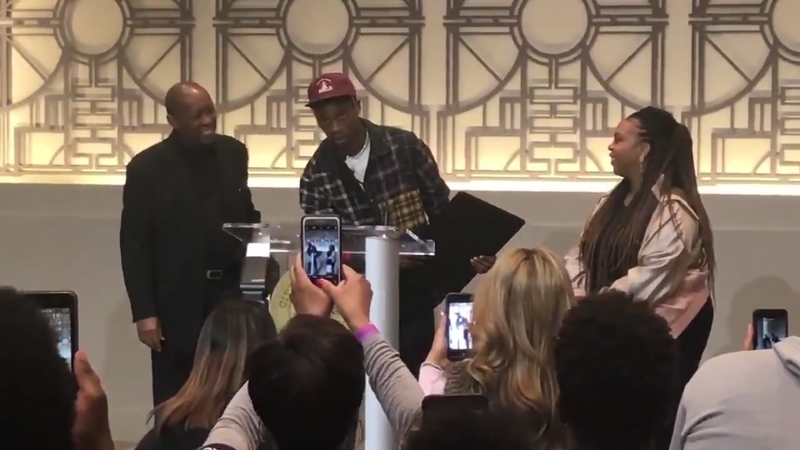 In front of dozens of students from various schools and organizations, Scott accepted a proclamation recognizing him as an ambassador for the arts, education and youth initiatives.

Scott spoke briefly and shared his love for Houston, pointing out he is from Missouri City and stated he has many fond memories of spending time at the Six Flag's Astroworld theme park before it was closed in 2005.

"I love y'all and thank you, mayor of this, I'm going to make this my everyday goal to come back and deliver every time," Scott said.

Scott's daylong festival was headlined by rappers Post Malone and Lil' Wayne and aimed to re-create the energy of the defunct theme park, an idea that came directly from Scott.


While visiting Houston, the rapper shared he enjoys local favorites like Frenchy's Chicken and Shipley Donuts and also stops by his grandmother's house.

Scott thanked his fans for coming out to the Astroworld Festival and said he plans on spending Thanksgiving with his family, noting it's his daughter Stormi's first holiday.