I-Team: Caltrans will not buy more of controversial guardrail

SACRAMENTO, Calif. (KGO) -- Editor's note: This story has been updated to clarify the parties in the lawsuit Josh Harman brought against the maker of the ET-Plus and the scope of the jury verdict in the judgment against them.

Caltrans tells the ABC7 News I-Team that they will not purchase any more of a controversial guardrail system that's blamed for some gruesome injuries and deaths here and across the country.

The item in question is a guardrail end piece called the "ET-Plus". The company that makes it tells I-Team Reporter Dan Noyes, "When properly installed and maintained, it works as designed." But there are new calls by advocates to remove all the ET-Plus heads on California highways.

Caltrans tells Noyes they will never buy another ET-Plus guardrail end piece or "head". This is the way they're supposed to work -- the car hits the ET-Plus and it slides down the guardrail, flattening it into a smooth ribbon of steel. That process slows the car.

But, victims and their families say the ET-Plus can malfunction.

"That head is responsible for the death of that boy, there's no question," said whistleblower Josh Harman.

Harman and Noyes inspected the ET-Plus involved in a November 2014 crash that killed Bay Area football star Darryl Blackmon. He was headed home late one night after work when he drifted off northbound 101 in Mill Valley and hit the ET-Plus.

"They lock up," said Harman. "And then as you see with the gouge right there, it buckled over, knuckled up, and ripped off and allowed the vehicle through."

The guardrail flipped onto the highway and Blackmon's Sebring continued past, smacked into a sign pole, and rolled over. Just days after the I-Team reported what happened, Caltrans suspended installing ET-Plus heads pending further information. Now, Caltrans spokesperson Mark Dinger says it's final.

Noyes: "So now, it's a permanent decision. You're going to move forward from the ET-Plus and not purchase anymore."
Dinger: "Correct."

Last year the company that makes the ET-Plus, Trinity Industries of Dallas, was slapped with a $663 million judgment in a lawsuit brought by Harman under the False Claims Act which allows people who are not affiliated with the U.S. Government to file actions in its name if they believe the government has been defrauded. The Department of Justice declined to participate in the trial of the case leaving the burden of proof on Harman. A jury agreed with his complaint -- that Trinity reduced the width of the ET-Plus, without telling states that were buying the units. The company is appealing, saying "the evidence clearly shows that no fraud was committed."

Now, Harman wants Caltrans to take the next step and remove more than 3,000 ET-Plus heads still on California highways.

He said, "It's been proven to be a safety issue and it needs to be removed off of all the highways throughout the entire nation."

At least one state is taking action. Virginia performed its own crash tests of the ET-Plus, and banned it. This fall, the state will begin removing them starting with the most critical areas, such as busy interchanges.

CalTrans tells the I-Team they have no plans to remove the ET-Plus units, unless they're damaged in a crash. Mark Dinger says CalTrans doesn't see a danger.

Dinger: "We couldn't identify a safety issue associated with that project, a clear-cut safety issue."
Noyes: "Is your judgment clouded because you are a defendant in those lawsuits?"
Dinger: "I really can't answer."

Caltrans is named in the suit filed by Darryl Blackmon's family and one filed by the family of a 16-year-old boy who was badly burned in 2010 when a minivan hit an ET-Plus in Concord, continued down the embankment, and burst into flames.

"Unfortunately the lawsuits are piling up," said Harman. "Personal injury lawsuits are continuing to come to light, the competitor products to this moment still has none, not one."

Trinity has been named in dozens of lawsuits over the ET-Plus. We're publishing a database of every ET-Plus in California, so you can see if they're along the route you drive. Click here to check out the database. 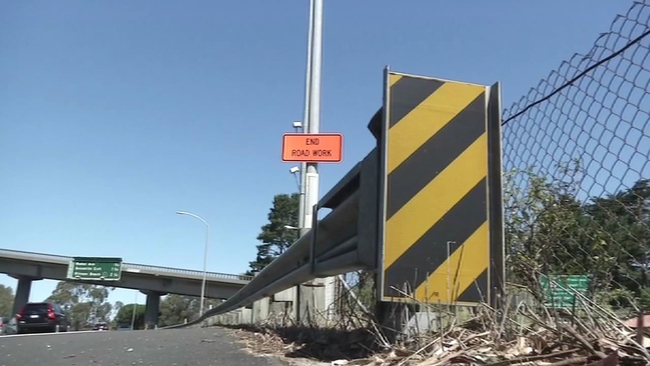 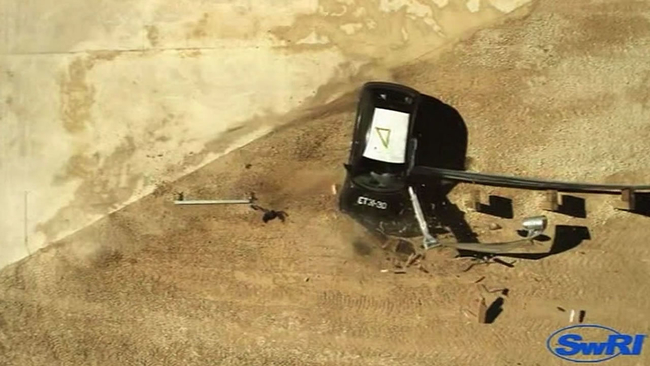 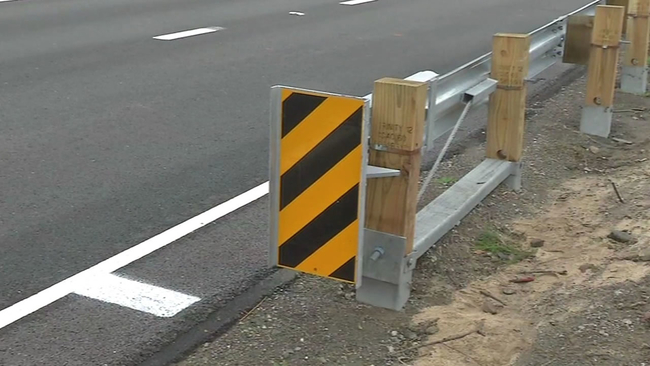