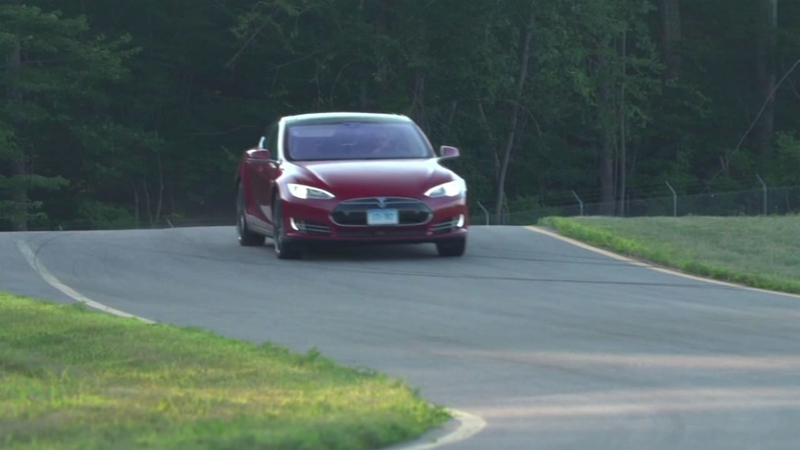 SAN FRANCISCO (KGO) -- Tesla's aggressive roll-out of its self-driving technology, along with a series of high-profile crashes, has brought the automaker under intense scrutiny.

Consumer Reports is now calling for Tesla to disable hands-free driving until its system can be made safer.

Tesla's self-driving feature, called "autopilot," can automatically steer, change lanes and adjust speed for drivers. But Consumer Reports says the name and marketing gives the drivers a false sense of security that the car can drive on its own without the driver's full attention, even letting them take their hands off the wheel.

An overreliance on this technology has significant safety consequences for drivers.

"We feel that Tesla needs to disable automatic steering from its vehicles until it can verify that the driver's hands stay on the wheel," Consumer Reports Director of Auto Testing Jake Fisher said.

In response to Consumer Reports, Tesla defended the safety record of the system, writing that 130 million miles have been driven on autopilot, with one confirmed fatality.

Consumer Reports has also called for Tesla to fully test all new safety-critical systems before rolling them out to the public and issue clearer guidelines to owners on how the system should be used.

"While we appreciate well-meaning advice from any individual or group, we make our decisions on the basis of real-world data, not speculation by media," Tesla said in a statement to ABC7 News.

Consumer Reports says calling the system "autopilot" promotes a dangerous assumption that Teslas can drive themselves.

Tesla has no plans to change it and says the driver is still responsible for, and ultimately in control of, the car.