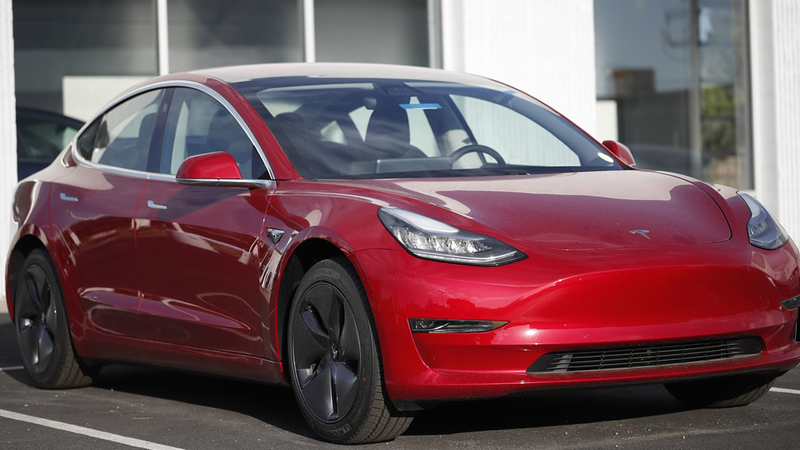 SAN FRANCISCO (KGO) -- Palo Alto-based electric car maker Tesla is fending off reports that customers are canceling their Model 3 pre-orders in droves. That word comes as Tesla wraps up its first week of allowing public test-drives of its mass market sedan.

Until this week, you couldn't just go to a Tesla showroom and ask to test-drive a Model 3. Now, you can.

Tesla shares tumbled again Friday after its stock was downgraded based on reports that customers were canceling their Model 3 orders in large numbers.

They blame long waits due to slow production, and the $7,500 federal tax credit expiring at the end of the year.

Tesla CEO Elon Musk responded, tweeting, "Dunno where this is coming from. Who knows about the future, but last week we had over 2000 S/X and 5000 Model 3 *new* net orders."

Silicon Valley venture capitalist Paul Holland says the cancelations are not a big worry in themselves.

"You had so many people that just simply had placeholders for their orders. Tesla is playing into a very, very large trend, which is the electrification of cars. And this move down-market into a broader market is incredibly important for them," Holland said.

Part of going mass market is making test drives available -- which, until this week, wasn't really possible unless you had put down a $1,000 deposit.

On Friday, lots of people dropped in on a Los Angeles showroom to take one out for a ride.

On Thursday, a Wall Street Journal reporter drove a Model 3 and called it "magnificent."

So how do you sign up? You go to Tesla.com and click on test drive. Enter your information and you'll be given a slot at a showroom near you.

Click here to read more about the reservation process for the Model 3.