Burglar steals car in Emeryville with baby in backseat, leaves 4-month-old on sidewalk in Oakland 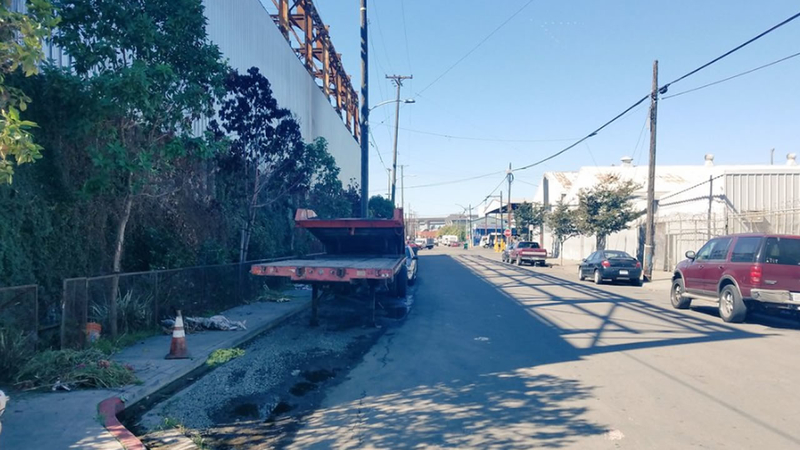 Burglars steals car in Emeryville with baby in backseat, leaves 4-month-old on sidewalk in Oakland

OAKLAND, Calif. (KGO) -- A mom parked her car in front of a Taco Bell in the East Bay Bridge Shopping Center in Emeryville, with the car engine running and her infant inside, to grab a to-go order. When she came back, her car and her baby were gone.

Sergeant Andrew Cassianos with the Emeryville Police Department says limited surveillance video from a parking lot cameras shows a suspect, who is believed to be a man with a medium build, drive-by on a scooter, sees the empty car, jumps in and takes off.

"This is the perfect crime of opportunity for a would-be criminal," says Sgt. Cassianos.

Police say several witnesses tried to follow the car, but lost sight of it as it fled south into Oakland.

The alleged suspect dropped the baby off at the corner of 28th Street and Union Street, which is an industrial part of Oakland. A Good Samaritan called the police to report that a baby was left on the sidewalk.

Sergeant Cassiano says the suspect left his scooter behind, which is in police custody, and will be used as evidence and to search for fingerprints. Cassianos says the suspect, who has not been identified or located, was wearing a gray sweatshirt with a blue vest.

The suspect is still at large. The car is a metallic dark gray, four-door 2018 Honda Accord with license plate number 8EGL341.

Cassianos says the mom was "hysterical" as he drove her to be reunited with her 4-month-old baby.

"The baby was checked out by medical staff, no injuries. She is in good health," says Cassianos.

He says the investigation is focused on the stolen car and attempted kidnapping, and that mom will likely not face any disciplinary action.

Danielle Curtis, who has two kids of her own, was shopping in the plaza. She says the car being stolen is a strong reminder for parents to not take short cuts.

"Sometimes it is tempting when you have a quick errand, but when stuff like this happens, it does remind you, it's not safe!" says Curtis, who lives in Orinda.

Sergeant Cassianos wants to remind parents that if your child is too young to defend themselves, do not leave them alone in a car.

"Regardless of whether they are two weeks, six months, a year, five-years-old, eight-years-old, if they are not capable of protecting themselves, or defending themselves from a would-be attacker, then they shouldn't be leaving them behind in the vehicle, especially a vehicle that is unlocked and running," says Cassianos.

#BREAKING 1- @EmeryvillePD looking for possible male #suspect who #carjacked a 2018 Honda Accord, with a #baby in #backseat. Suspect dropped baby off at 28th/Union St. in #Oakland. Baby uninjured and reunited with #mom.https://t.co/mdnY9UGduc#BayArea #Kidnapping #Emeryville pic.twitter.com/dVMRcsfmsz