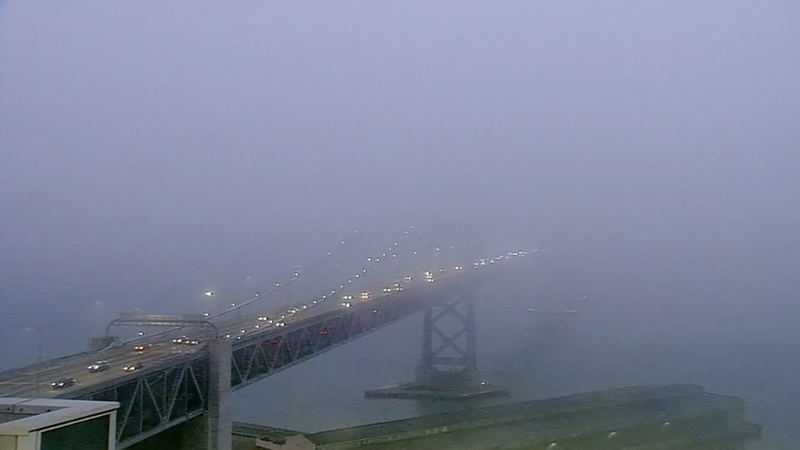 The thickest and most widespread fog of the week is creating dangerously low visibility around the Bay Area.

The National Weather Service has issued a Dense Fog Advisory for the North Bay interior valleys through 10 a.m. Reports of visibility being 1/4-mile or less are expected in areas in or near Santa Rosa, Petaluma, Novato, San Rafael and Napa.

The thick fog has created hazardous conditions on the roads.

At least one person has died following a head-on traffic collision on Pleasanton Sunol Road early this morning, according to the CHP. The CHP said the crash was reported at 5:16 a.m. just south of Koopman Road, near an off-ramp for southbound Interstate Highway 680. There are no immediate reports of road closures or other injuries. Thick fog was reported in the area at the time of the crash.
Dense fog may have also contributed to a crash in Antioch. Multiple lanes of westbound Hwy 4 were blocked for a crash west of Lone Tree Way.

The CHP is advising drivers to slow down and use extra caution on the roads.