Restaurant owner by day, police officer by night - see how Long Island's Bobby Ford does it 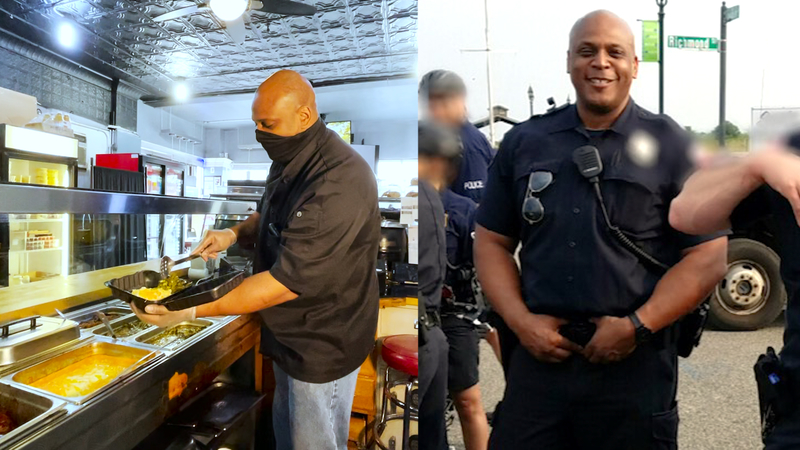 FREEPORT, New York -- As soon as you walk into Bobby Q's in Freeport, the aroma of fresh spices and quality BBQ fills the restaurant with hungry customers waiting to get their favorite dish.

The main chef, Bobby Ford, opened his restaurant 'Bobby Q's' in 2016, hoping to bring quality BBQ to his community.

Ford is a busy man, not only running his restaurant but at the same time working the overnight shift as a police officer.

After spending 10-years working at the NYPD, where he last worked as a detective in the intelligence division, Ford left to join the Freeport Police Department.

"Cooking has always been a passion," said Ford. "I use to help my mom in the kitchen when I was six-years-old, and it wasn't by choice initially haha. My belief is that soul food is international."

Ford's recipes have been handed down over six generations and across three families with strong roots in the South. According to Ford, whether you're from Tennessee, Texas, Georgia, Louisiana, or the Carolinas, southern BBQ is the sweetest and most sultry taste around.

In 2020, Ford had to deal with the difficulties of being a restaurant owner with the pandemic, in addition to the intense climate of being a Black police officer during the George Floyd protests.

"When you put this uniform on, they're people that you represent," said Ford. "There are people that look up to you. Again, this is why I put roots here and opened this restaurant. It's like, why not invest in your own community?"

Ford managed to keep his business afloat with to-go orders and his loyal customers returning for take-out options.

Related: Painting a picture of inclusion: Meet the artists and creators behind The ArtHub NYC

"When it comes to getting here in the morning, there are some times where yes it's a labor of love," said Ford. "You're tired, but you know there are certain responsibilities you need to take care of before you take that nap ha-ha."

Ford hopes to bring more people in the Long Island community to come out and try his authentic southern BBQ.