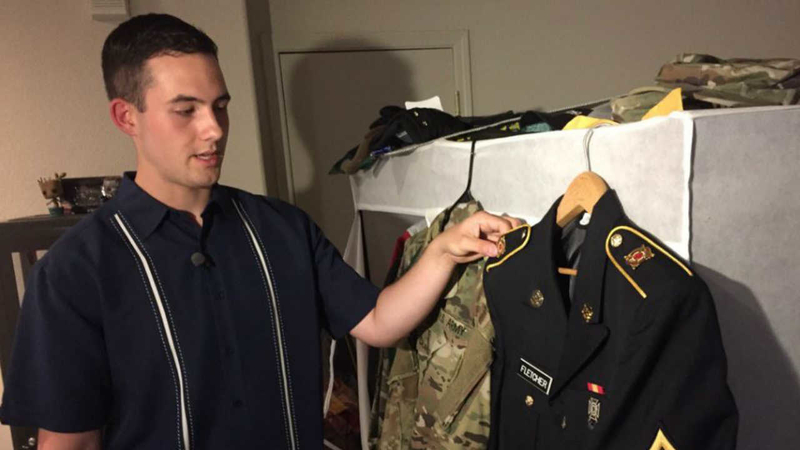 BRENTWOOD, Calif. (KGO) -- A high school in Brentwood has issued a public apology after a senior who also happens to be a private in the U.S. Army wasn't allowed to wear his military blues at his graduation ceremony Friday.

The student was told that if he didn't put the traditional cap and gown he couldn't walk with his class.

Harley Fletcher is no ordinary Private First Class and Army Reservist. He finished basic training at 17.

RELATED: Public sounds off at Morgan Hill school board over flag shirt controversy

Unfortunately, he missed his graduation ceremony at Liberty High School. He missed the excitement, the energy, the camaraderie because of what he was wearing.

A graduation party for an @USArmy private who wasn't allowed to walk @ #LibertyHS graduation in his uniform pic.twitter.com/NWR6ZznWaj

"He basically told me this is a graduation ceremony. You're not allowed to wear that uniform. You're supposed to wear a cap and gown," Harley said.

School administrators even told Harley he could borrow a cap and gown, but he refused to cover up his uniform and left.

"I just couldn't, I was in disbelief to see my husband devastated, my son devastated. Being told he couldn't wear his uniform was just crushing," Harley's mom Regina Fletcher said.

He goes on to say quote, "no slight was meant to Harland nor to the U.S. Army. In fact, with a little prior notification, I'm sure that Principal Walsh and the site administration would have come to this conclusion before the ceremony."

That's not true say the Fletchers. "He had spoken to his counselor several times over the weeks leading up to the graduation. She'd advised him yes, it's acceptable," Harley's dad Bill Fletcher said.