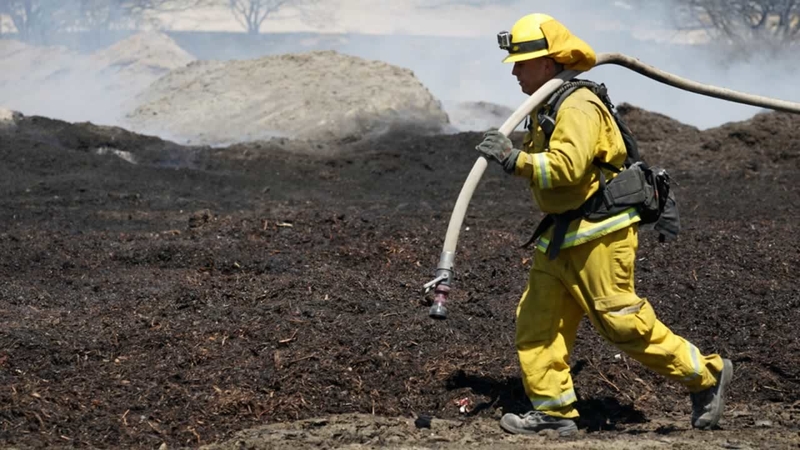 SACRAMENTO, Calif. (KGO) -- Hundreds of Cal Fire fighters showed up in Sacramento to make a point - that they're not even close to pay parity with other firefighters across the state.

It takes a 72 hour shift for them to make, in many cases, what firefighters in major cities and counties do in 50 to 60 hours. They also work long shifts without breaks because they respond to challenging wildland fires that can take days and even weeks to tame.

"I have a 10-month old baby at home. My wife can't work when I'm working a 120-hour shift. How is she supposed to maintain a job? And when we are making $10 to $13 an hour, you can work a 120 hours a week and you still don't make enough live," explained Jesse Malone, a Cal Fire firefighter.

Negotiations are underway for a new contract that expires next year. However, the State's Department of General Services won't discuss how talks are going. Its only comment is that it has to balance the needs of 21 bargaining units with the funds available in the state budget.

Cal Fire employees say they're seeing firefighters leave to take higher paying jobs in and outside the fire service.

"In a six-month span, I lost six firefighter-paramedics to other agencies, and I only have a crew of about 60 in my battalion, so that was a significant loss for me," said one Cal Fire employee.

The union that represents more than 6,000 firefighters at Cal Fire says morale is hurting, too.

It's tough, members say, to work alongside firefighters from other agencies at mutual aid incidents, knowing they get paid less.