California resident tests positive for the plague, first case in the state in 5 years 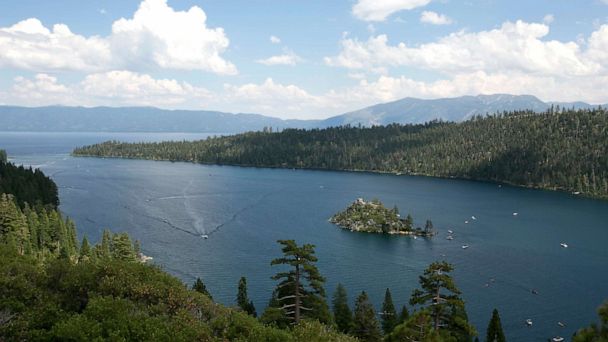 California health officials have confirmed that an individual has tested positive for a case of the plague in the state -- the first such case in five years.

El Dorado County health officials were notified by the California Department of Public Health (CDPH) that a resident in South Lake Tahoe had tested positive for the plague and that it is thought that person, who is an avid walker, may have been bitten by an infected flea while walking their dog along the Truckee River Corridor, according to a statement released by El Dorado County.


The patient who tested positive for the plague is currently under the care of medical professionals and is recovering at their home.

El Dorado County's Health and Human Services said that, once transmitted, symptoms of the plague usually show up within two weeks of exposure to an infected animal or flea and that the symptoms can include fever, nausea, weakness and swollen lymph nodes.

The plague is deadly but if it is detected early it can be effectively treated with antibiotics.

"Plague is naturally present in many parts of California, including higher elevation areas of El Dorado County. It's important that individuals take precautions for themselves and their pets when outdoors, especially while walking, hiking and/or camping in areas where wild rodents are present. Human cases of plague are extremely rare but can be very serious," said El Dorado County Public Health Officer Dr. Nancy Williams.

From 2016 to 2019, authorities discovered a total of 20 rodents with of evidence of exposure to plague bacterium in the South Lake Tahoe area but that there were no reports of plague-associated illnesses during that time.

"The last reported cases of plague in California were two human cases which were exposed to infected rodents or their fleas in Yosemite National Park in 2015," the El Dorado County Health and Human Services said in a statement. "Both people were treated and recovered. These were the first reported human cases in the state since 2006."


Since the announcement of the first case of the plague in five years, several areas of South Lake Tahoe now have signs posted both advising the public of the presence of plague as well as ways to prevent potential exposure, including not feeding wild animals, not touching sick or dead animals, protecting your pets with flea control products, wearing long pants and using insect repellent.

Just last month public health officials in Colorado announced that a squirrel in Colorado has tested positive for the bubonic plague which was the first such case in the state this year.

"Plague is an infectious disease caused by the bacteria Yersinia pestis, and can be contracted by humans and household animals if proper precautions are not taken," officials from Jefferson County Public Health (JCPH) in Colorado said in a statement released to the public at the time.

"Arguably the most infamous plague outbreak was the so-called Black Death, a multi-century pandemic that swept through Asia and Europe," according to National Geographic. "It was believed to start in China in 1334, spreading along trade routes and reaching Europe via Sicilian ports in the late 1340s. The plague killed an estimated 25 million people, almost a third of the continent's population. The Black Death lingered on for centuries, particularly in cities. Outbreaks included the Great Plague of London (1665-66), in which 70,000 residents died."

However, the CDC says that there is now only an average of seven human plague cases per year and the WHO says the mortality rate is estimated to be between 8-10%.