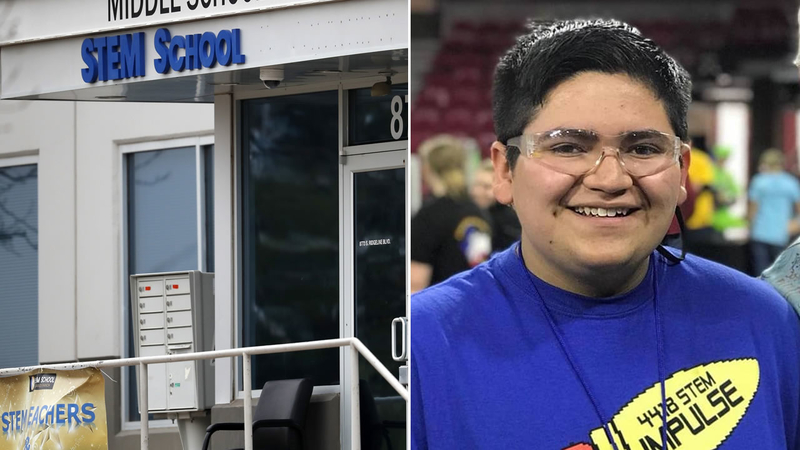 HIGHLANDS RANCH, Colo. -- Two suspects entered a Colorado STEM school in suburban Denver Tuesday afternoon and shot nine students, one fatally, before they were apprehended following a struggle with law enforcement, according to local authorities.

The deceased STEM School Highlands Ranch student has been identified by his family as 18-year-old Kendrick Castillo. His father, John Castillo, says his son was a hero and he wants people to know what a great kid he was. He said through tears, "I want people to know about him." 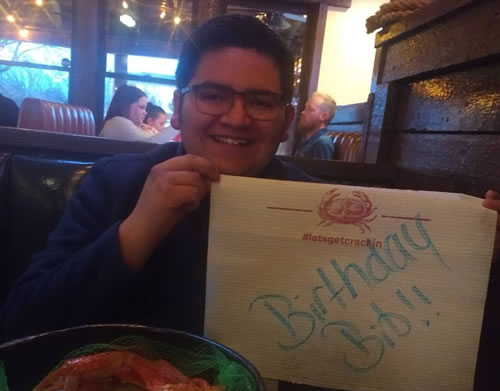 Kendrick Castillo is shown in a photo posted on the Instagram page of his mother, Maria Castillo.

The eight surviving victims, as young as 15 years old, were taken to three different hospitals, and at least three of them have already been discharged.

"Our Nation grieves at the unspeakable violence that took a precious young life and badly injured others in Colorado," President Donald Trump tweeted Wednesday. "God be with the families and thank you to the First Responders for bravely intervening. We are in close contact with Law Enforcement."

The two suspects, an 18-year-old male and a juvenile, are both believed to be students at the school. The local ABC affiliate in Colorado is reporting they may have been motivated by anger and revenge as one of the suspects was in the process of transitioning from a female to a male.

The sheriff identified the adult suspect as Devon Erickson, 18. His photo has not been released.

#stemshooting Adult suspect has been identified as Devon Erickson, age 18. We will not be releasing any photos at this time as it could jeopardize this critical on-going invest. We still have interviews to conduct and we want to make sure we have the most accurate information

The two suspects entered the campus and "got deep inside the school" before opening fire in two separate classrooms in the high school, Douglas County Sheriff Tony Spurlock said. First responders arrived on the scene and took the suspects into custody following a brief struggle. The suspects were not injured.

"I have to believe that the quick response of the officers who got inside that school helped save lives," Spurlock said.

The officers "could still hear gunshots as they were entering the school," Nicholson-Kluth added.

Authorities have identified a car connected to the suspects and are obtaining warrants to search the car and the suspects' homes.

Parent Fernando Montoya told ABC affiliate KMGH that his 17-year-old son was shot three times in a classroom. Montoya said his son's friend was also shot and that the shooter appeared to be firing indiscriminately and not targeting specific students.

At least one handgun has been recovered. Neither suspect is believed to have had any prior contact with law enforcement, Spurlock said.

There is a Douglas County Sheriff's Office substation just a block from the campus; Nicholson-Kluth described the response as a "unified effort" comprising multiple agencies.

Federal investigators from the FBI and ATF are responding to the scene. The FBI is managing the crime scene inside the school.

"We are making all of our public safety resources available to assist the Douglas County Sheriff's Department in their effort to secure the site and evacuate the students. We are monitoring the situation in real time. The heart of all Colorado is with the victims and their families," Colorado Gov. Jared Polis said in a statement.

The White House thanked local law enforcement and offered support, saying in a statement, "Our prayers are with the victims, family members, and all those affected by today's shooting at STEM School Highlands Ranch in Littleton, Colorado. Tragically, this community and those surrounding it know all too well these hateful and horrible acts of violence. The White House has been in communication with state and local officials, and the President has been briefed and continues to monitor the ongoing situation."

Approximately 1,850 students are enrolled at the school. The campus is just miles away from Columbine High School, the scene of a 1999 school shooting where two students killed 12 other students and one teacher.

Police directed parents to nearby Northridge Recreation Center to pick up their children. The public was asked to avoid the area.