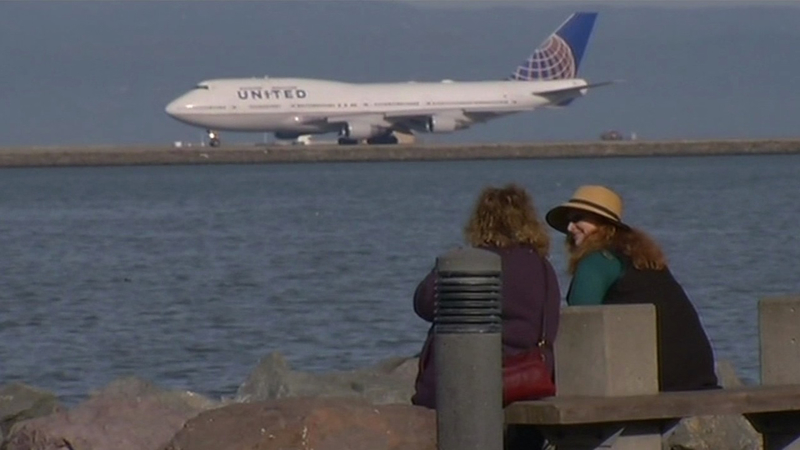 SAN FRANCISCO (KGO) -- People have been complaining about airplane noise for decades, but in the last year, residents outside of the usual flight pattern have been up in arms when San Francisco International Airport started to use NextGen satellite technology instead of the traditional radar.

"Regarding changes in air pattern, we really saw a spike happening in spring 2015," said Doug Yakel, a spokesperson with SFO.

It got so bad that Congresswomen Anna Eshoo of Palo Alto sent out a survey to local residents then reached out to the Federal Aviation Administration, or the FAA.

NextGen is being implemented at several airports. Using satellite technology, pilots can use the most efficient way to get from point A to B.

"From an airline's perspective, there's the opportunity to improve flight time, less time circling waiting for opportunities to land and less fuel burn. So there's an economic benefit as well," explained Yakel.

But finding the most efficient way has changed flight patterns.

He has now started a petition.

"At minimum, to cause some sort of change where the flight patterns can be changed slightly so the planes are not overhead so low," he said.

He's not the only one. A group of Oakland residents started a website called SOSEastBay.org with complaints about Oakland International and overhead inbound flights from SFO.

The SFO noise abatement office acknowledges getting complaints from several communities around the Bay Area.

If you try to call, their voice message says, "Due to an unusually large volume of noise complaints we're receiving, your response may take up to four weeks."

Meanwhile, the FAA says it's committed to study these concerns and make revisions to air patterns.

While other airports are covered with snow, @flySFO has a blanket of birds. pic.twitter.com/tBR5ICtaCn