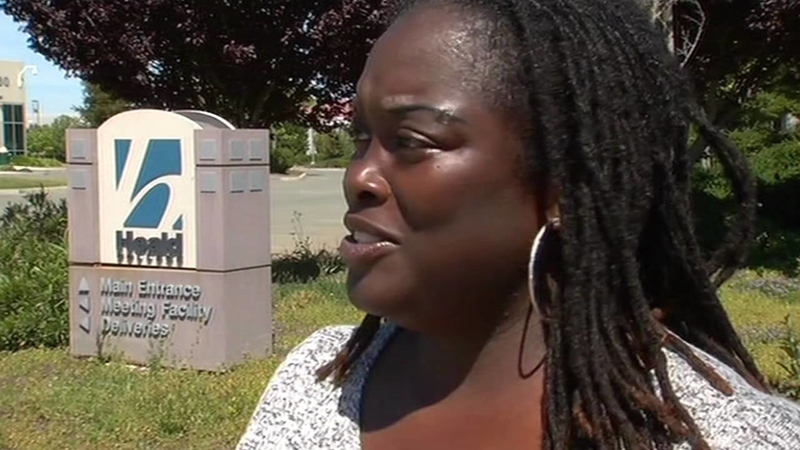 SAN FRANCISCO (KGO) -- State officials are trying to help students at Heald College and others run by Corinthian Colleges after an announcement Sunday that 28 campuses nationwide were being shut down.

Some students ABC7 News spoke with said they were confused and worried. One student said it appeared the staff had been given some notice about something and the students were left in the dark.

State officials showed up Tuesday in the Bay Area to try to help students at Heald College and others run by the now defunct Corinthian Colleges.

A student told ABC7 News off the Concord Heald College campus how she was treated last Friday.

Rachel Robinson said she just finished her medical assistant program two weeks ago. When she went to pick up her transcript Friday it appeared the staff knew something, but the students didn't. "Boxes are being thrown around, teachers are giving each other hugs. The administrative office is throwing a party like they're never going to see each other again," Robinson said.

At another Corinthian College campus called Wyotech in Fremont, students also found out their school was closing, but only after the fact. "Our wasted time and effort that we put into going to school here is disappointing. I just spent 16 months thinking I was doing something when I really could've just been sitting at home on the rocker," Brad Reinhard said.

In Fremont, the same state agency Corinthian blames for forcing them to close sent representatives to help. "The students are affected. This is a traumatic experience for them. Their lives have been changed and we're here to outreach for them and to assist them in that process of transitioning from going to school and transferring to other schools or finding a process that's a positive outcome for them," Calfornia Bureau for Private Postsecondary Education spokesperson Wayne Brenner said.

The state does have a tuition reimbursement fund and is providing students with applications.

Robinson doesn't know if she's eligible and said all she wants right now is her degree.