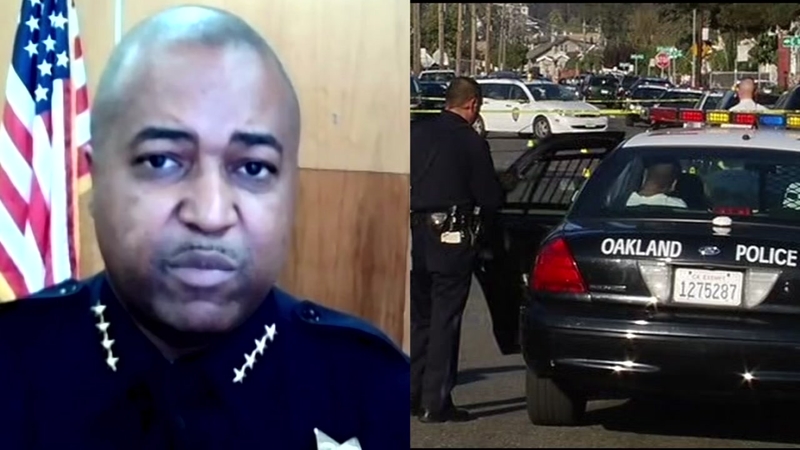 Chief Armstrong told ABC7 News Friday morning there were three homicides in Oakland just in the past 24 hours. Last month, homicides in the city were up 314% year-over-year.

Part of the problem, Armstrong said, are so-called "ghost guns," which are firearms that come in pieces in a kit. People buy the kit and make the gun themselves at home. They don't have serial numbers, so they can't be easily traced.

"When they're used in a community to commit a shooting, it limits law enforcement's ability to trace that firearm, trace where it came from, the ballistics related to that firearm," Armstrong said. "It makes it really challenging as we seek to better understand where these guns are coming from and who uses these guns in a particular crime."

One of the executive actions announced by President Biden Thursday cracks down on "ghost guns." He's also moving to tighten regulations on pistol-stabilizing braces like the one used in Boulder, Colorado, in a shooting last month that left 10 dead.

Armstrong was in Washington, D.C. for Biden's ceremony announcing the new executive actions.

Keeping the peace in Oakland has become even more challenging during the pandemic, Armstrong said, as the police force wasn't always able to rely on their old strategies of violence intervention.

Hear more from Oakland Police Chief Leronne Armstrong in the full interview at the top of this story.