The funeral for Mollie Tibbetts was held over the weekend.

BROOKLYN, Iowa -- A relative of Mollie Tibbetts is taking to task anyone who wants to use her murder as fuel for the immigration debate.

"Especially for those of you who did not know her in life, you do not get to usurp Mollie and her legacy for your racist, false narrative now that she is no longer with us. We hereby reclaim our Mollie," wrote Sandi Tibbetts Murphy, Mollie's aunt, in a lengthy Facebook post that has been shared tens of thousands of times.

Tibbetts disappeared July 18 while running and was missing for more than a month before her body was found. Her death was officially ruled a homicide, and Cristhian Bahena Rivera has been charged with first-degree murder. Authorities said that Rivera is in the country illegally, but his lawyer has disputed this.

In the midst of confusion about his immigration status, the White House last week released a video about murders allegedly committed by illegal immigrants.

"The Tibbetts family has been permanently separated. They are not alone," reads a tweet with the video.

In her post, Murphy wrote, "You do not get to use her murder to inaccurately promote your 'permanently separated' hyperbole."

"You do not have permission to callously use this tragedy to demonize an entire population for the acts of one man," she wrote.

Murphy also spoke out against violent acts committed by men, citing statistics from a 2011 FBI report that found violent crimes such as murder are disproportionately committed by men in suburban areas.

She said of Rivera: "He is a man who, because of his sense of male entitlement, refused to allow Mollie the right to reject his advances - the right to her own autonomy. Mollie was murdered because a man denied her right to say no."

At Mollie's funeral on Sunday, her father seemed to allude to the controversy in a less direct manner during his eulogy. The California man said that during his six weeks staying in Iowa while searching for his daughter, he ate at several Mexican restaurants and was met with kindness by the employees.

"The Hispanic community are Iowans. They have the same values as Iowans," he said, according to the Des Moines Register. "As far as I'm concerned, they're Iowans with better food."

Last week another aunt of Mollie's, Billie Jo Calderwood, said she doesn't want Mollie's memory to get lost in the debate.

A history of women murdered while jogging 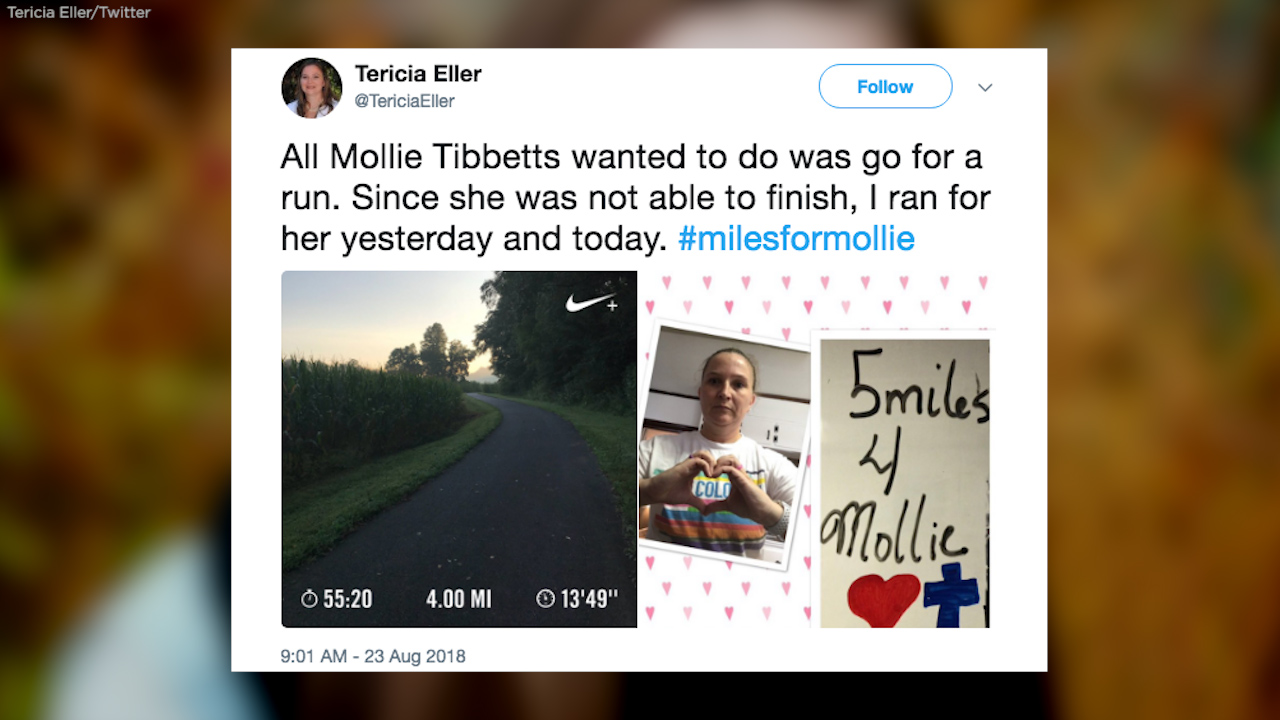