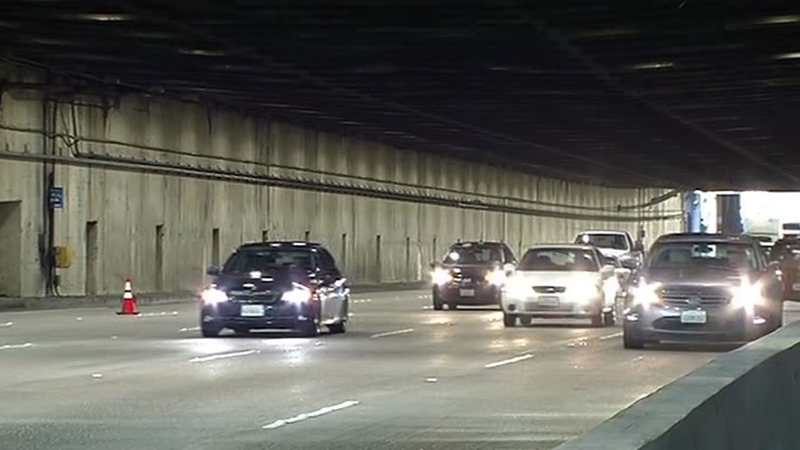 SAN FRANCISCO (KGO) -- Caltrans says there is a series of weak spots inside the Yerba Buena Tunnel. It is concrete that has been compromised by rainwater leaking into the 80-year-old structure.

In January, a car was hit by a falling piece of concrete and it seems that incident inside the Yerba Buena Tunnel wasn't as isolated as Caltrans first announced.

When the new eastern span of the Bay Bridge opened, the Yerba Buena Tunnel received a new paint job, but that was about it. It hasn't had a major renovation in more than 50 years and it is starting to show. 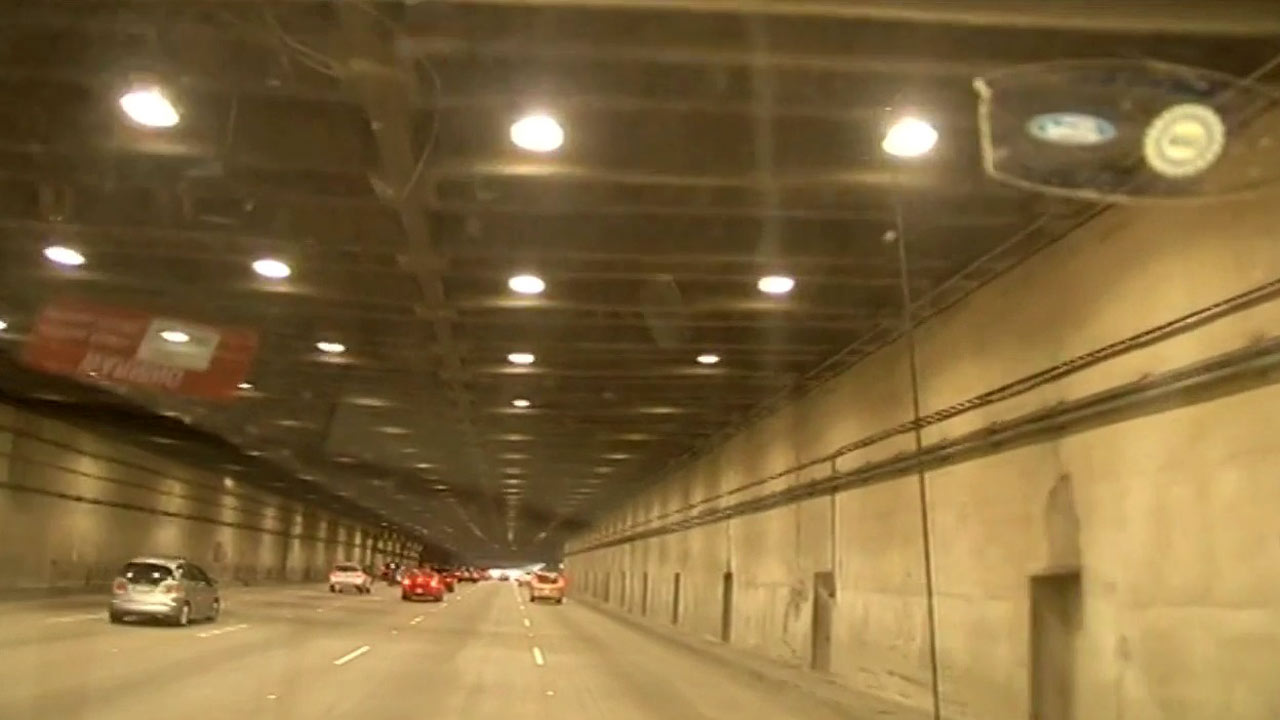 More damage found to wall in Bay Bridge tunnel
Caltrans found more spots in the Yerba Buena Island Tunnel on the Bay Bridge where chunks of concrete could break off.
"There were 13 spots that were discovered," Caltrans spokesperson Myeast McCauley said.

In fact, Caltrans tests now reveal a pattern of failure, due to corrosion caused by rainwater. It's the same eastbound tunnel where a chunk of concrete gave way in January damaging a car while narrowly missing the driver.

"There is a little bit of light corrosion on the rebars and we're now going to meet with the FHWA to talk about the steps going forward," McCauley said.

They'll meet soon with the Federal Highway Administration, but in the meantime, the crumbling sections have been removed.

The Yerba Buena Tunnel was built in the 1930s, the last major rehabilitation was done more than 50 years ago, in the early sixties.

According to the Metropolitan Transportation Commission the problems here may be a symptom of a larger issue facing the Bay Area and its aging infrastructure.

"We see this not only on the state highway system, like the Bay Bridge, we see it on our local streets and roads, we see it on our transit systems. I think a great illustration of this is BART. Passengers on BART are dealing with increasing delays," Metropolitan Transportation Commission spokesperson John Goodwin said.