Iced coffee-inspired beer from Dunkin', Harpoon could be your new poolside drink 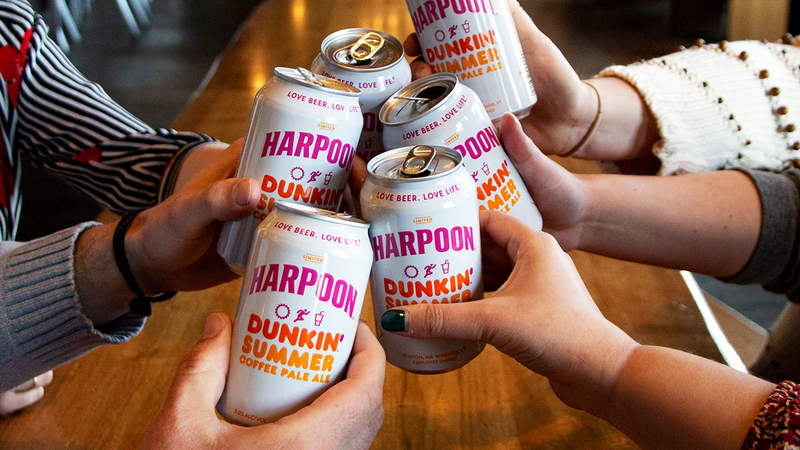 Dunkin' teams up with brewery for iced coffee-inspired beer

BOSTON -- If you're on the hunt for a new summertime drink, an iced-coffee inspired brew could be the jolt you need to freshen up your poolside routine.

Dunkin' has teamed up with Boston-based brewery Harpoon to produce Harpoon Dunkin' Summer Coffee Pale Ale, marrying two of the things they do best: coffee and beer. The 5% ABV brew is described as a "hoppy tribute to Dunkin's signature iced coffee [combining] the flavors of Dunkin's Original Blend with a bright, summery pale ale."

The beer is available through the summer in 12-ounce cans and on draft from participating retailers in the eastern United States. Dunkin' recommends pairing it with coffee-rubbed brisket, chipotle chicken tacos and coffee rolls.

This summer's pale ale is the second collaboration between Dunkin' and Harpoon, who first teamed up in the fall to produce a coffee-inspired porter.